Berlin is a city that still carries scars from a war that ended more than seventy years ago. You can see it on the walls of some old buildings and on all the air shelters that still exist today. Berlin Bunkers are everywhere, and we’re going to talk about some of them below.

Bunkers are technically known as Air Raid Shelters, and they were built with the functionality of protecting people from enemy air raids. Some of them were pre-existing places like subway stations, tunnels, or basements. In Germany, there was a certain type of air-raid shelter that was typical of the country. It was called Hochbunker, and it was considered to be completely bomb-proof.

These bunkers were usually made of large concrete blocks and were built upward. This was much cheaper and faster to built than the ones using a downward excavation. Some of the bunkers we visited here in Berlin follow this design but not all of them.

Some of the bunkers that we visited are somehow hidden in plain sight, and this is exactly where the bunker known as Der Kegel is. This bunker can be found in the middle of the RAW area in Friedrichshain, next to Cassiopeia, and, since 2005, it is used as a climbing tower. I can’t say how many times I had a beer next to this building before I realized that those people were climbing an old Second World War bunker in the middle of one of the most alternative parts of Berlin.

If you are into climbing, the Kegel is for you. I’m pretty sure that climbing a bunker might be a first for most people.

I still remember the first time I came across the bunker where you can find the Boros Collection. Berlin was still something new for me, and I decided to walk around Oranienburger Tor to try to get a glimpse of what East Berlin used to look like. I took pictures of buildings when I looked in front of me, and I saw this huge block of concrete with many plants falling from the top of it. It was like a scene from a video game or a weird sci-fi movie. I couldn’t believe that there was a house sitting on top of a bunker.

When I got home, I researched the place and found out about the Boros Collection. The bunker gets its name from Christian Boros, who repurchased his contemporary art collection in 2003. The renovation work to make the place usable was finished in 2007. Today, you can visit the art collection through registration at their official website.

This is one of the few bunkers in Berlin that is easy to enter. This happens because the place is abandoned in the middle of a park and, even though it keeps getting walled in, people break it down and make it easy to enter it.

We have been there before when we used to do free open tours of Berlin, and it is quite a weird sight. Inside there is nothing to be seen since it has been there for a long time, and it is filled with garbage and trash. It looks like a turtle shell coming out of the floor, covered in graffiti from the outside.

If you are curious to see a bunker from the inside, this might be the place for you to visit.

The Gesundbrunnen Bunker and the Flak Tower

Connected to the U-Bahn tunnels in the north of Berlin is where you’re going to find the Gesundbrunnen Bunker. To visit this complex of hallways and rooms designed to protect the people from the area during the Second World War, you will need to get in touch with Berliner Unterwelten. They do amazing tours of the area where they explain everything about the place, and it is really worth it. We were there a couple of months ago, and it was a really great experience.

A visit to the Flak Tower can be arranged through Berliner Unterwelten as well. And it’s hard to say this but, it was even more amazing visiting the bunkers under Gesundbrunnen. If you ask why I have to explain that it happened because I feel like Flak Towers are somewhat special.

Special because there were not so many being built during the Second World War, and there are even fewer today. The one that still partially stands at the Humbolthain Park is the only one in Berlin, and it is a must see place. Also, today, one of the outer walls of the tower is used as a climbing wall.

From the top of this former war structure, you will have an amazing view of Berlin, and it is more than worth the climb all the way there, as you can see in the pictures here.

The Twin Bunkers of Wittenau

You have to go all the way to Wittenau to see what we call the Twin Bunkers of Witten Strasse. Both Hochbunkers were built in September 1940 with orders from Albert Speer and, by 1941, they were ready to protect the local population.

The weirdest thing about those two bunkers is that a car repair shop uses them, and there are cars everywhere there. If I had a car, I know that I would drive all the way there to have it fixed in a place that used to be a Second World War bunker.

When I was researching more bunkers in Berlin, I came across the Hochbunker Pallasstraße in Schöneberg. Built between 1943 and 1945 by slave labor, the bunker was used as a telephone and telegraph center. After the war, there were some attempts to blow it up by the American Army, but nothing worked really well since there are many buildings around, and they were reluctant to cause damage to them.

During the 1980s, after some development and modernization, the building became a civil defense shelter and a warehouse for emergency goods. But this is not the cool part of this bunker.

For me, the coolest thing about this bunker is how it feels like it’s being hugged by the buildings around it. Since the building known as Pallasseum was built on stilts around it, the bunker is surrounded by life and there are people living really close to it.

Also, the Hochbunker Pallasstraße was used as a location for the 1987 movie Wings of Desire by Wim Wenders.

Tempelhof Bunker aka the Bundesring Bunker

On the quiet streets next to Tempelhof is where you’re going to find another bunker. I managed to find the place by accident on a bike ride a few months ago, and I remember finding it weird that, in the middle of this calm neighborhood, between a playground for children and some cute houses, there is a bunker.

Again, we didn’t manage to visit the place, but we should do it since it has a weird story. Today it is the home of Tempelhofer Sportschützen 95 e.V., a shooting club that received the bunker back in 1994 to be used as a training center. From the outside, you cannot imagine what happens inside.

Known as Berlin Story Bunker, this air-raid shelter was built during the Second World War close to one of Berlin’s biggest train stations. With more than six thousand square meters divided into five floors and more than 100 rooms, it should have protected 3.500 people at the time. But, in fact, history tells that almost 14.000 people were looking for protection and refuge in the bunker during the allied bombing.

Today, the bunkers serve and a history and horror museum. Supposedly, you can learn about 800 years of Berlin History in an hour, and there is also a Berlin Chamber of Horror tour. We have never been there so we can’t say if it’s worth it or not.

Bonus: An Abandoned Bunker in Oranienburg

On a hot summer day a couple of years ago, I decided to take my camera to Oranienburg to see if I was right and that weird dot in the middle of a forest was really a bunker. I was there before I found my way into the SS Bakery, and I knew that there was more hidden in the woods around it. Too bad the bunker wasn’t in good shape.

When I got there, all I could see was a concrete structure covered in plants and filled with cracks and holes. It looked like a bunker, but it had seen better days. Still, bunker hunting in the forests around Berlin seems to be a hobby I would enjoy.

There are many Berlin bunkers on my list of places to visit, and I am going to keep updating this article with them as Fotostrasse visits them. I dig the history behind them.

If you know any bunkers that we didn’t cover here, leave a tip in the comments below, and we will do our part and visit it! 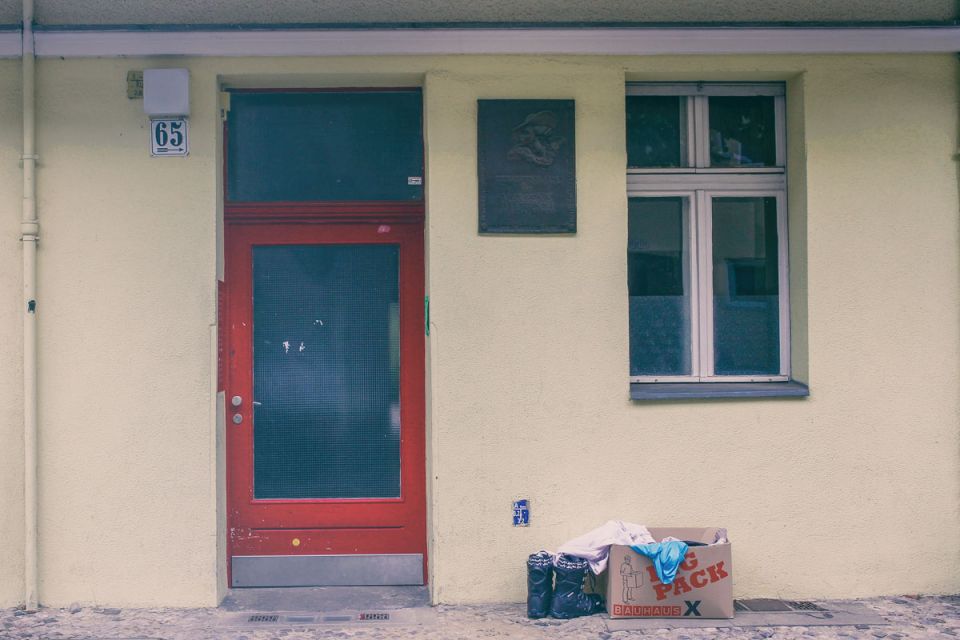 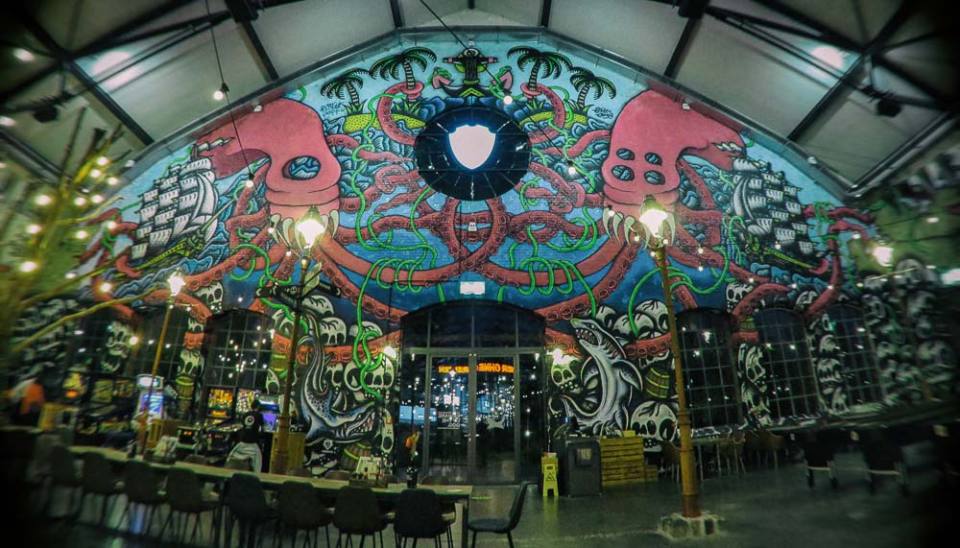 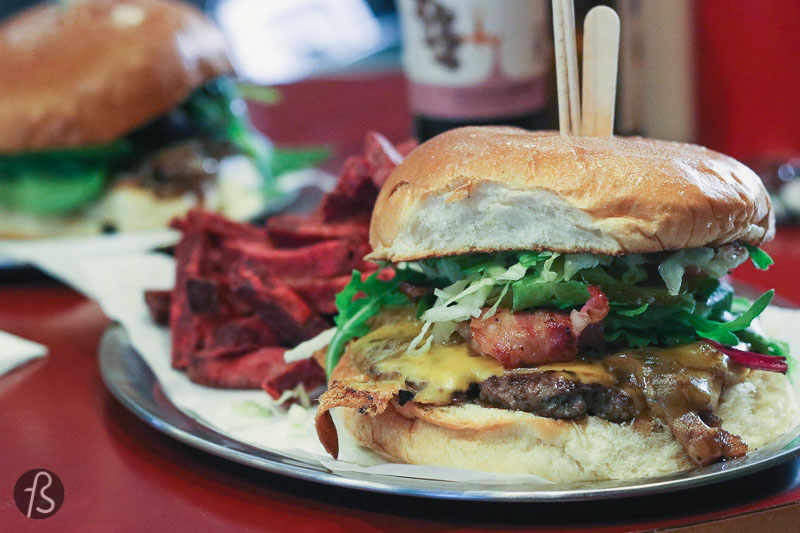