A Visit to the Border Control in Bernauer Strasse
;
The Berlin Wall Memorial, also known in German as Gedenkstätte Berliner Mauer, is a mix of monuments and museums commemorating the city’s division by the Berlin Wall and the people who died because of it. And we consider it to be the best place to learn about the wall and how it affected the city and the entire continent.

The first time we visited the Berlin Wall Memorial was back in 2011 when we first visited Berlin, and it was a history lesson and a lesson that we didn’t have while we were growing up in Brazil. From that point on, every time we have friends over and want to see some tourist spots, we bring them there. And the same thing that happened to us before keeps happening to everyone we get there.

This is why we decided to write something about this genuinely exciting place that explains to everyone the story behind the Berlin Wall.


But how did the Berlin Wall Memorial come to be?

The memorial was first idealized back in 1994 by the Deutsches Historisches Museum. It was built, but the German Federal Government and the Berlin state is responsible for its maintenance. But before it became a memorial, quick action by an East Berlin magistrate declared the section of the border that ran across the Sophien cemetery a historical monument. This happened in October 1990, on the day before German reunification.

There is a large open-air exhibition where the Berlin Wall used to be filled with historical materials in the shape of pictures and audio material to better understand where you are going to be walking over.

The main element of this open-air section of the Berlin Wall Memorial is the 70-meter stretch of the wall that split Berlin in two. There you can see how the wall was set up by the end of the 1980s and better understand that it wasn’t just a simple wall dividing Berlin; it was a complex of military structures surrounding West Berlin.

Another exciting element present there is the Window of the Memorial, which shows the 130 people who were shot or died trying to cross the Berlin Wall. We wrote about one of these Berlin Wall victims before since he was the last one to die, and there is a memorial to Chris Gueffroy close to where we live, between Neukölln and Treptow.

Next to it is the documentation centre on Bernauer Strasse that shows the history of the Berlin Wall construction from 1961 onwards and everything that happened until it fell in 1989. There is also a tower that overlooks the stretch of the Berlin Wall, and you can easily see the remaining elements from what used to be the border crossing. 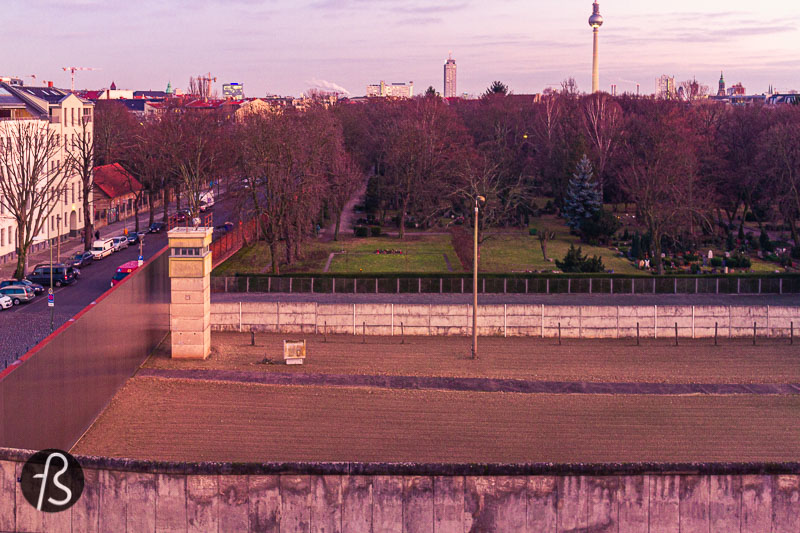 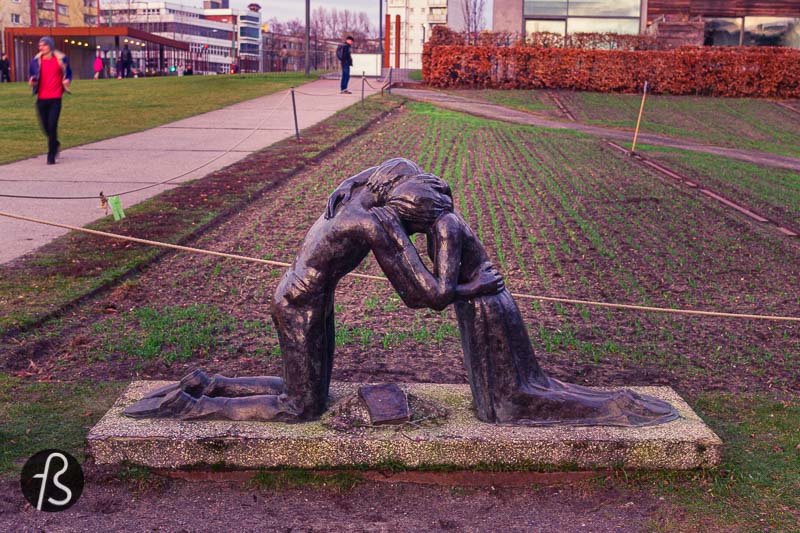 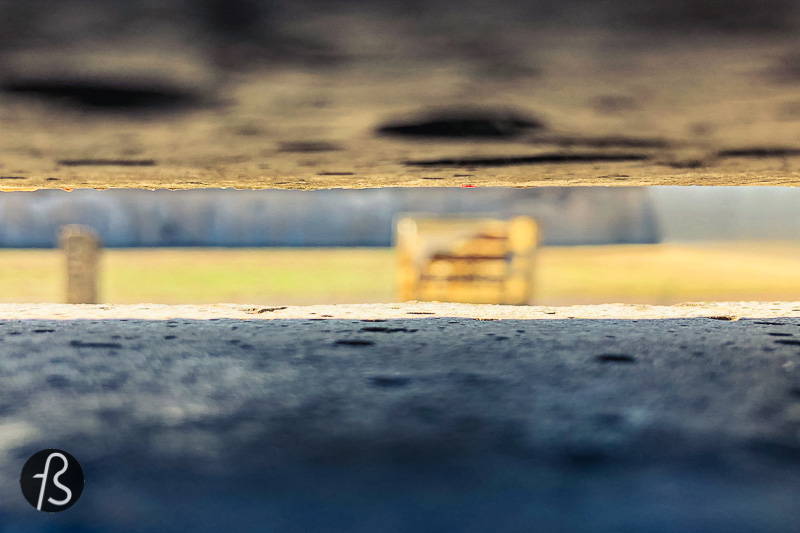 Today, the Chapel of Reconciliation can be visited, and it works as another way to remember the Berlin Wall victims. A more spiritual way, somehow. 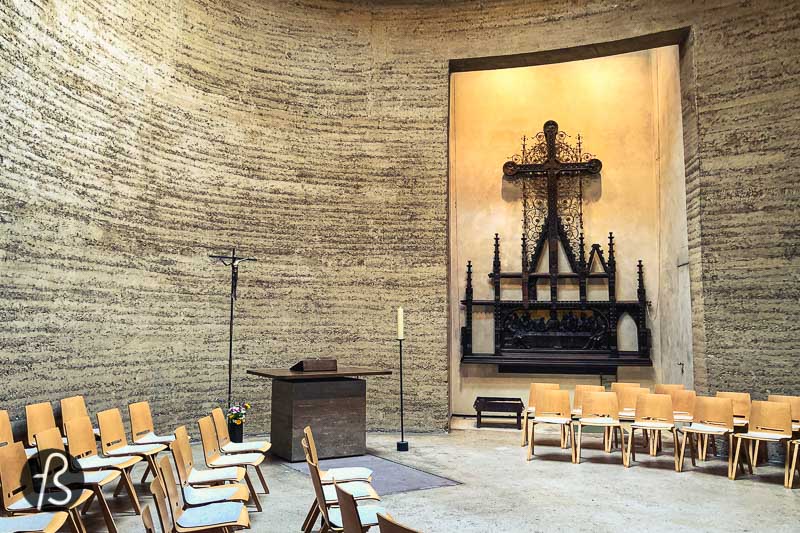 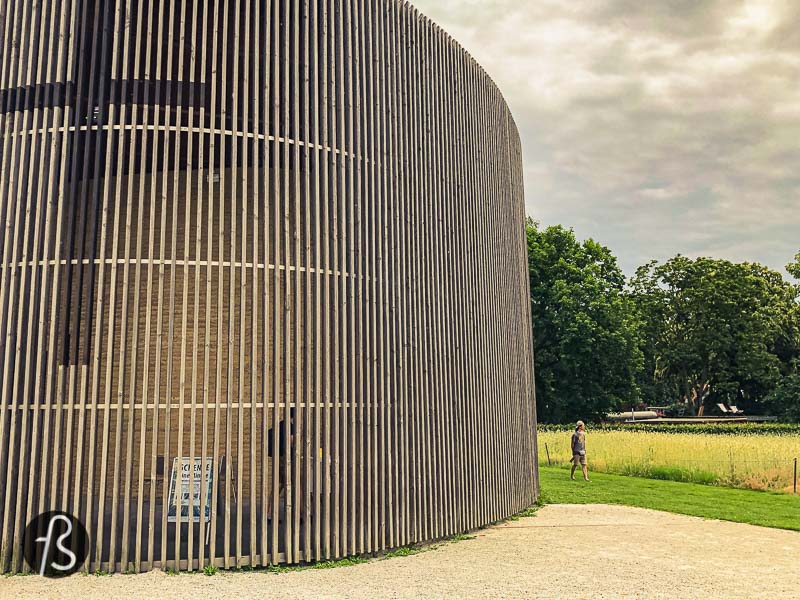 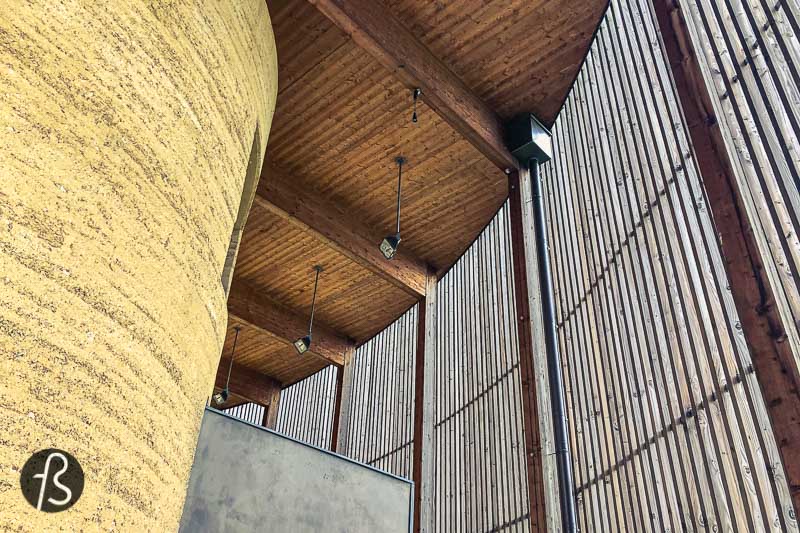 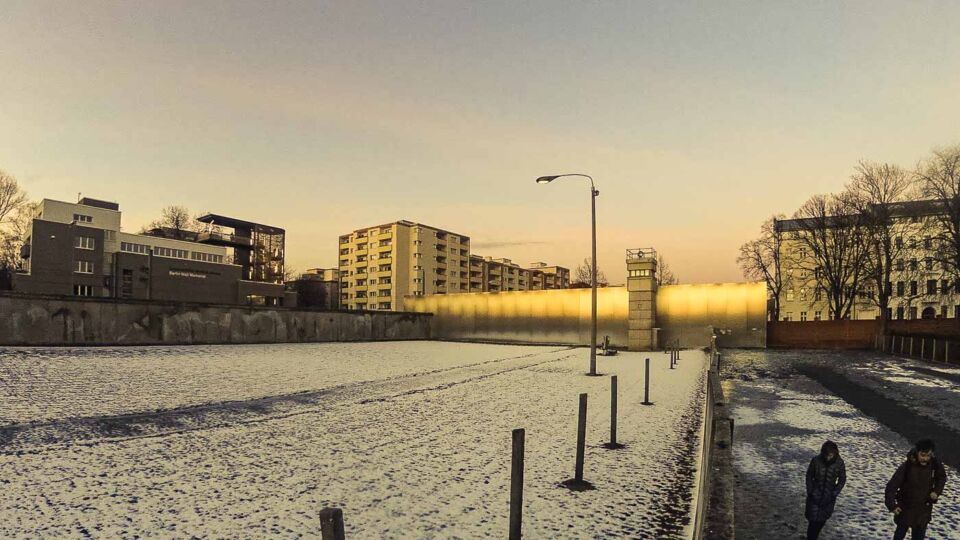 Due to this complex of memorials, the people that visit it can learn about the Berlin Wall, its history and its consequences on different levels: spiritually, artistically and factually. Which is an exciting way to present the complexity of this historical site to people that not necessarily understand what was behind it all.

Besides the entire Berlin Wall Memorial, there are historical elements all around Bernauer Strasse since this was one of the most populated parts of Berlin split by the wall. The street is the boundary between Mitte and Wedding and, after the Second World War, it became the border between East and West Germany.

On August 13 1961, the Berlin Wall was built right in front of the houses on one side of the street. People in East Berlin realized what was happening and panicked. Some decided to use makeshift ropes to escape their homes, and others chose to jump out of the window. And everything is documented on the walls of the buildings on Bernauer Strasse, together with one of our favourite murals in town.

When you walk around the memorial, you can’t forget to look down and spot some of the numerous tunnels dug by people in East Berlin trying to escape to the west part of town. 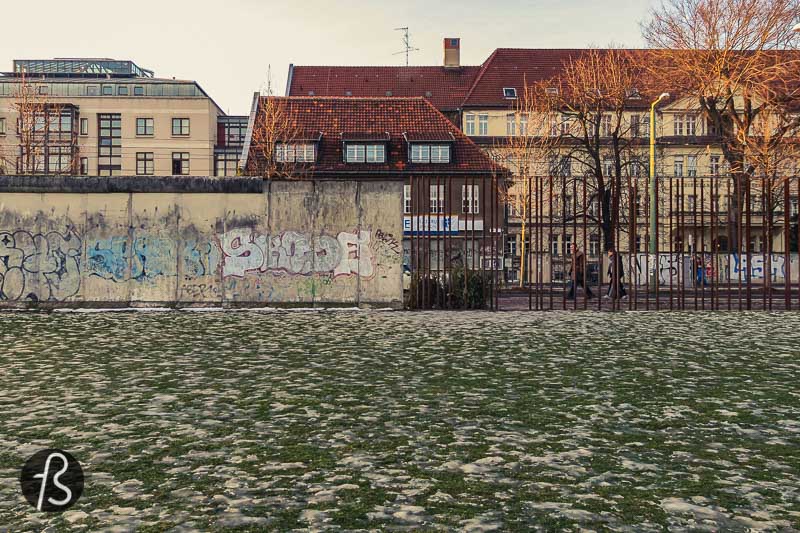 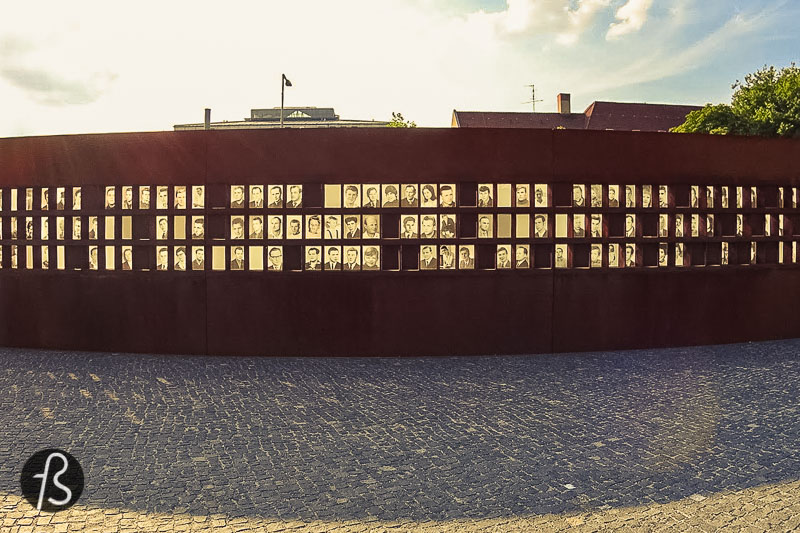 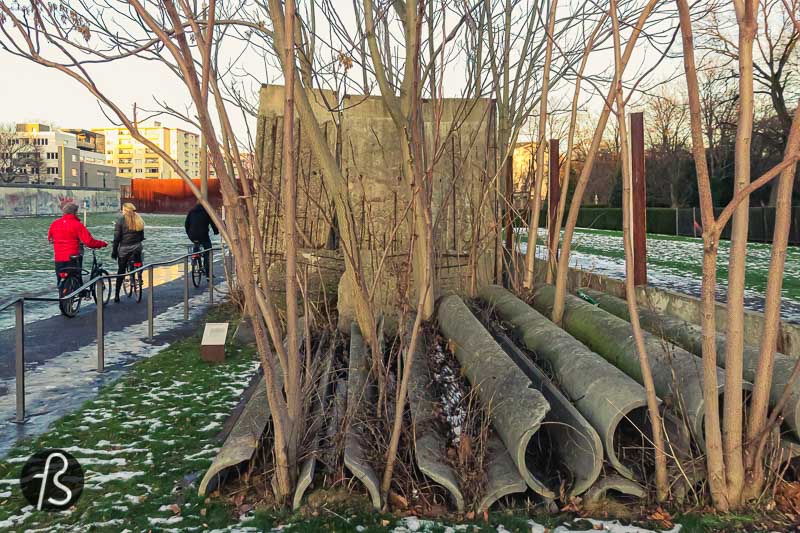 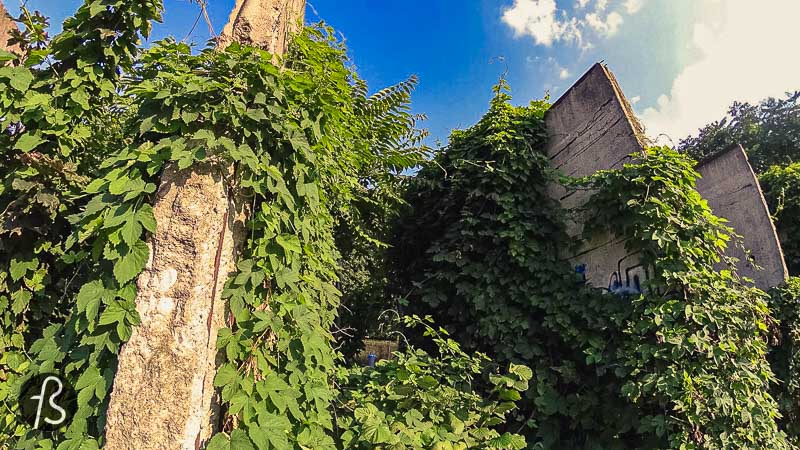 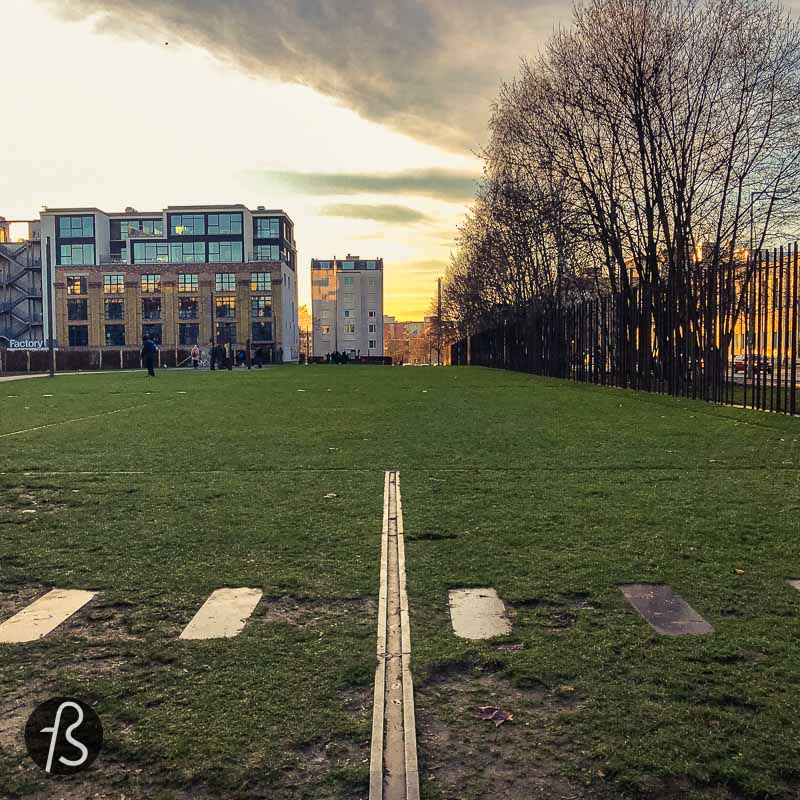 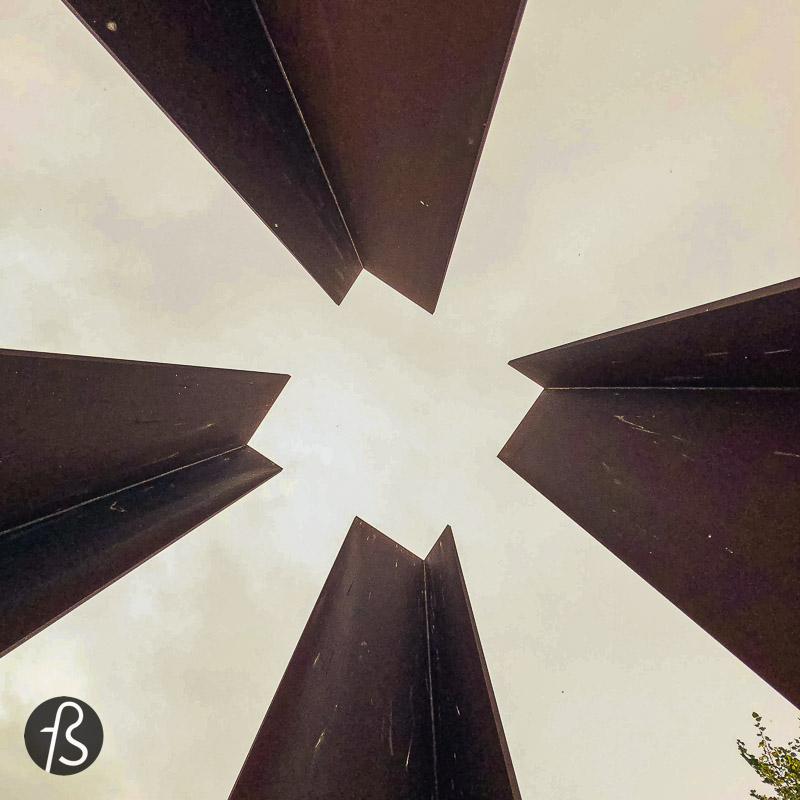 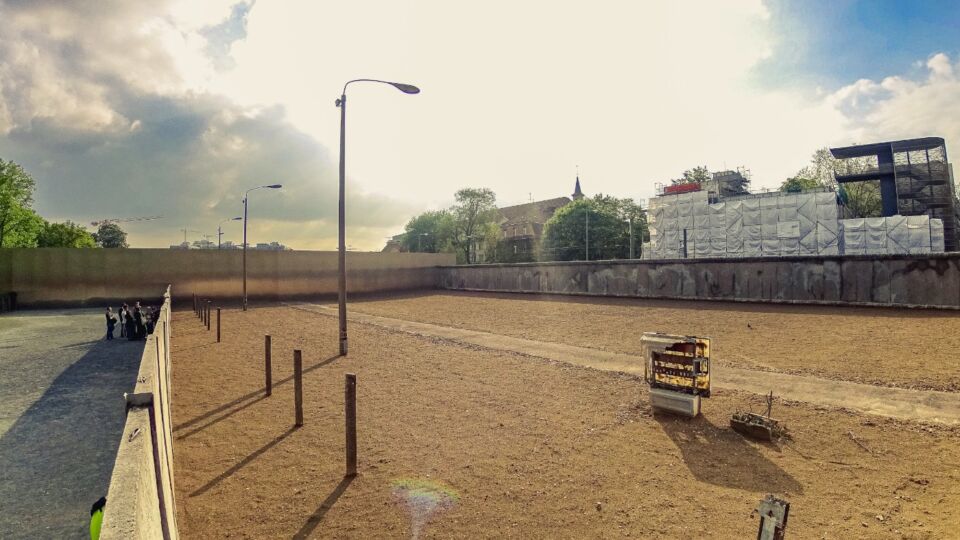 Another sight close to the Berlin Wall Memorial is the Nordbahnhof subway station since it used to be a ghost station. Since the Nordbahnhof station used to be placed right at the border, it was closed down and became heavily guarded to avoid anyone escaping to West Berlin through the tunnels. Nowadays, there is a small exhibition showing how ghost stations used to exist during these days.

What used to be the border strip between East and West Berlin is now a place of remembrance. And a place of historical importance since it gives you important insights and information about the division of Berlin and the context you need to understand the Iron Curtain and the Cold War.

This is one of our favourite places in town, and we even mentioned it on our 52 places to see in Berlin. So you know that you need to go there if this is your first time in town or even if you have been here for a while already. 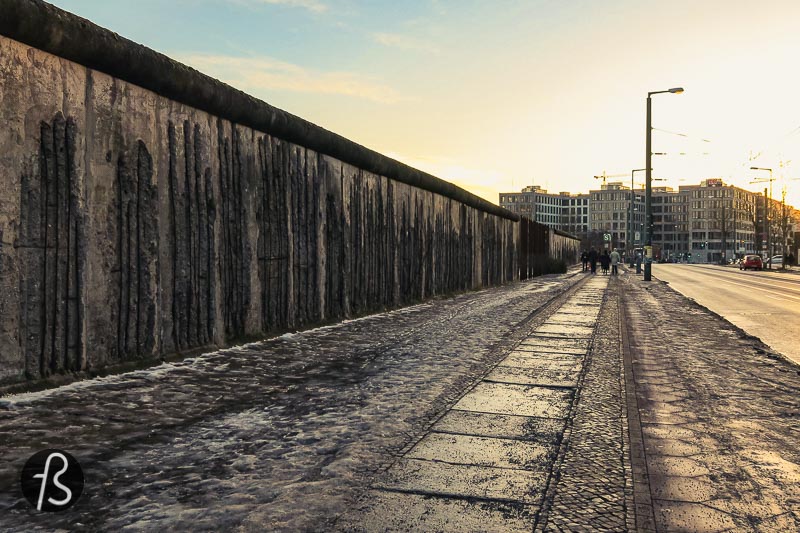 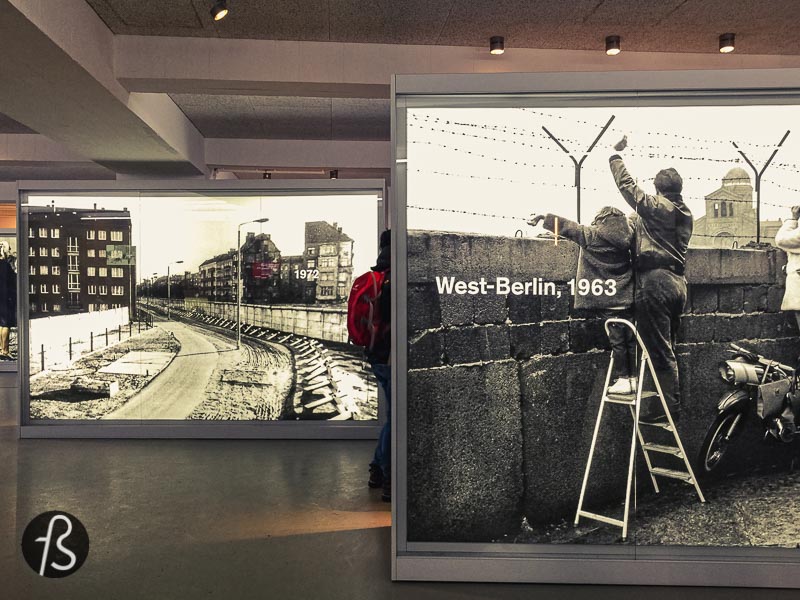 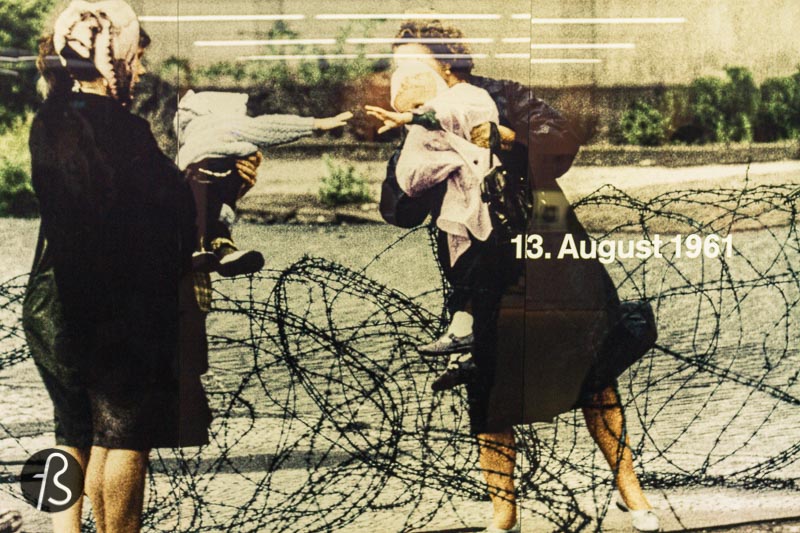 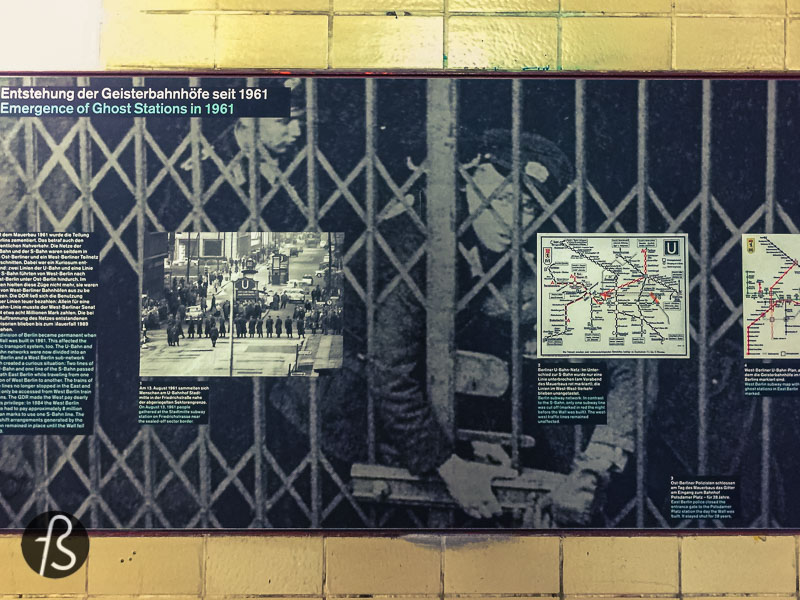 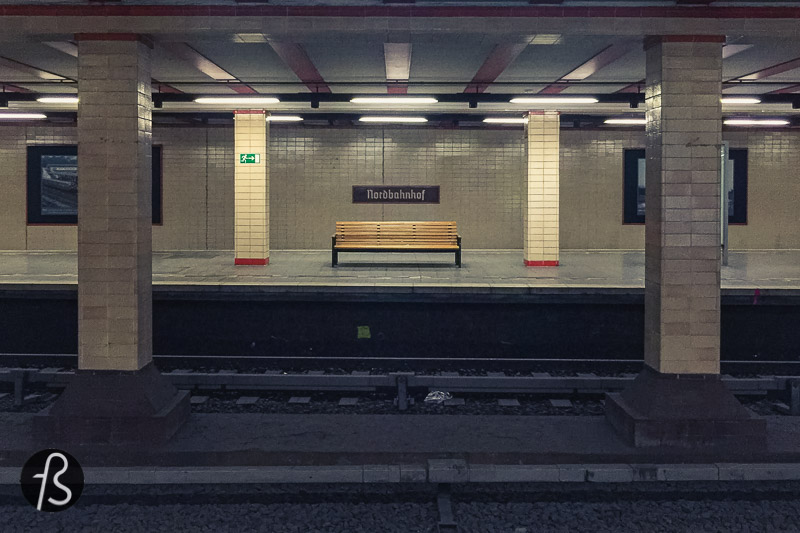 For information on the opening times of the Berlin Wall Memorial Visitor Centre and Documentation Centre, you have to check their official website. And you can follow the map below to reach this memorial.

The Berlin Wall Memorial: A Visit to the Border Control on Bernauer Straße 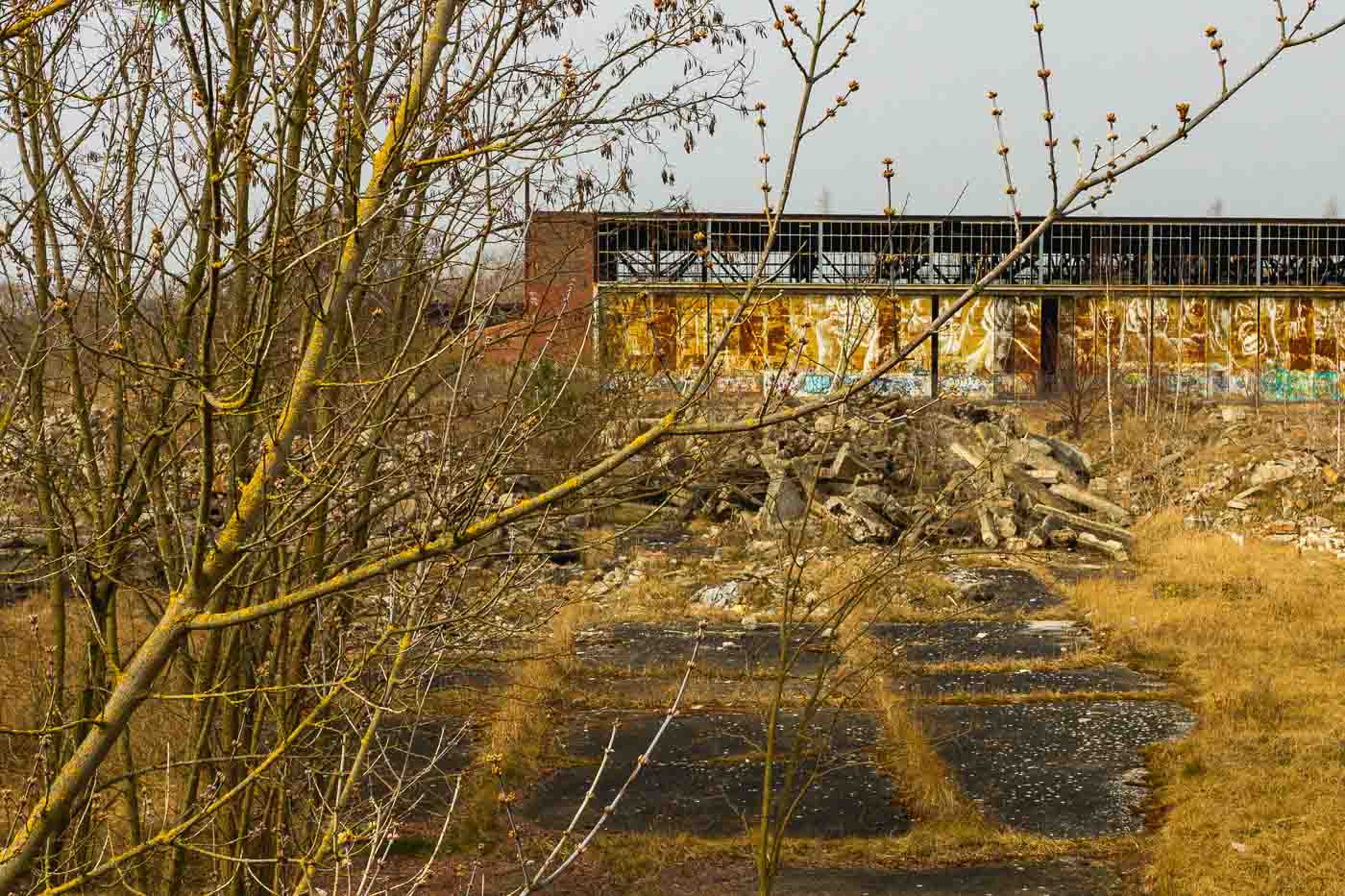 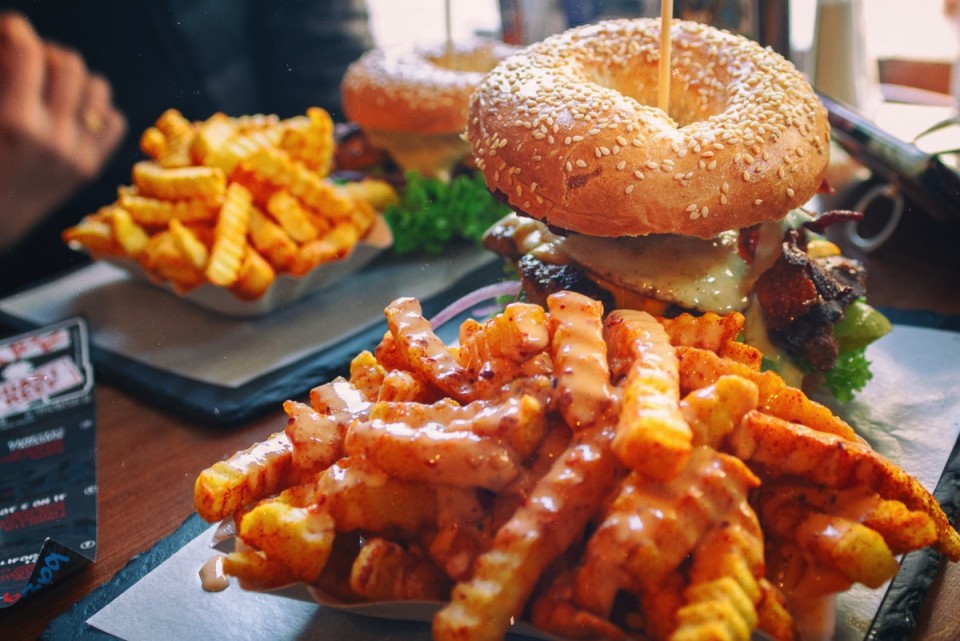 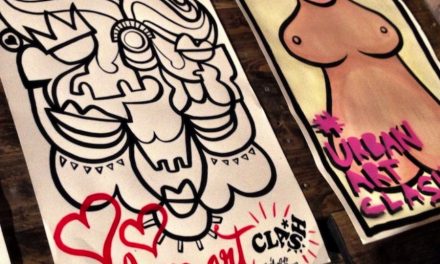 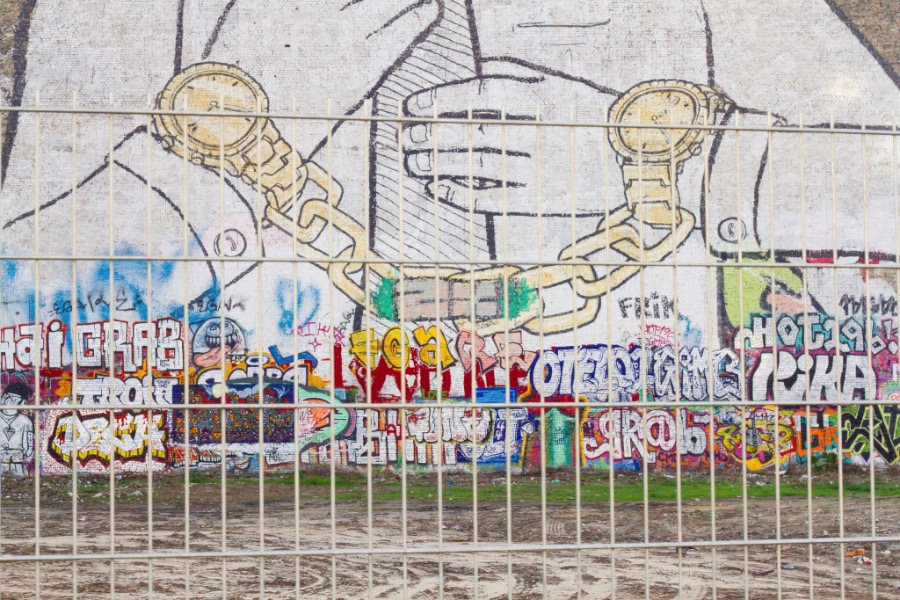