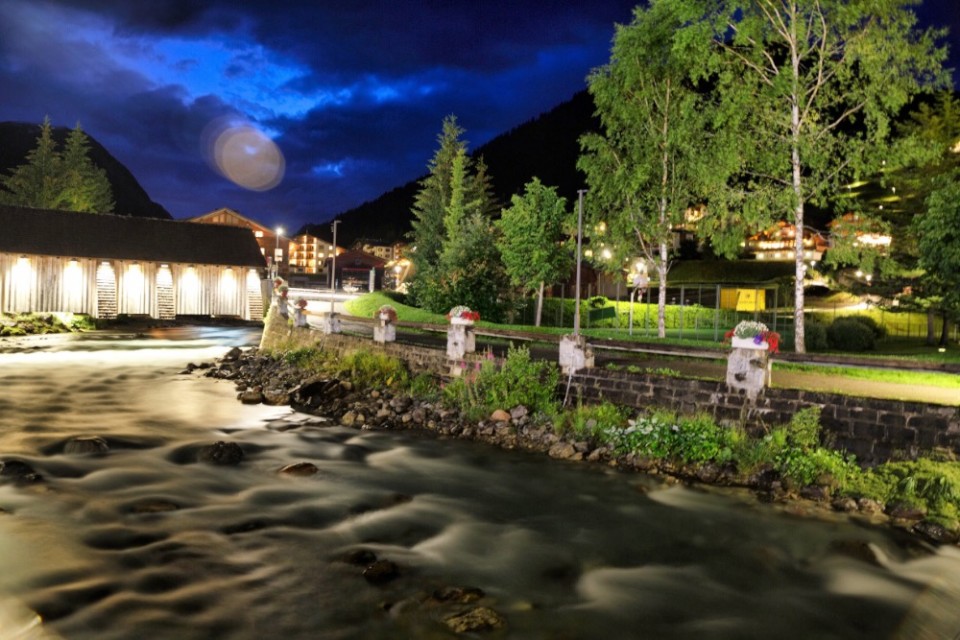 So you want to know some of the best photo spots in Austria for Instagram?

More specific in Vorarlberg, which is our favorite region in Austria. Right? Great!

In the first place, do you don’t know what Vorarlberg is? No? Let me tell enlight you before I amaze you. Vorarlberg is the Austrian region closest to Switzerland and Lichtenstein, and in this post, I will tell you my top photo spots there. Cities, views, road and more. All the places in Vorarlberg where you’ll be able to capture perfect pictures to share with your friends and followers. Vorarlberg is filled with areas where all you need is a camera or a phone to make astonishing photos, and this list will highlight some of the best.

This list is meant to inspire you, any question you have please make a comment and we will help you. Deal?

This post is a little draft, a tiny piece of all the magic this part of Austria has to offer. We’re here to help you make your itinerary based on beautiful spots to photograph and post on your Instagram. So take note before you book your trip not to miss a thing. Some of the suggestions may be favorite places and some, a bit more of a local thing. Some are summer, some winter too. But in any way I mean that the sites showed during winter as less of perfect during the warm months, I just visited and approved during 1 season.

For example, the Lech is a very well-known destination for ski, but it is beyond beautiful during summer too. There are some hidden spots which make for outstanding Instagram photos that tend to get great engagement. These will be explained further below. Now, remember to pin this post so you can have all those names and locations forever in your life.

The Lake Constance or Bodensee, if you want to call it by its German name, is a lake on the Rhine at the northern foot of the Alps. This colossal lake consists of three parts, the Obersee or Upper Lake Constance, the Untersee or Lower Lake Constance, and a connecting stretch of the Rhine, that has the name of Seerhein.

Lake Constance situates in Germany, Switzerland, and Austria. Its shorelines lie in the Austrian state of Vorarlberg, the German states of Bavaria and Baden-Württemberg and the Swiss cantons of Thurgau, St. Gallen, and Schaffhausen. Since we have never visited any of the cities and regions of the German or Swiss side of Lake Constance, we’ll talk only about it as one of the best photo spots in Austria.

Here are some of the photos we took. Unfortunately, since God hates us with passion, both of the times we were at Lake Constance, the weather was shit. One time was a rainy day during the summer, and the other time I will show you in a video below:

Bregenz is the city in the video above. And it is an excellent site to make maybe your base point for exploring the region.

Bregenz is well connected, has great options for food and sightseeing. And offers you photo opportunities that vary between old and new architecture, a great Christmas Market during the end of November and early December, a music/opera festival that happens at Lake Constance with a mega production and scenario, museums, castles and much more.

Also, if you’re heading there, we recommend the Hotel Messmer since it was close to everything, great food and the bed were super comfortable.

Lech is the first name, and the full name of the beauty hidden in the middle of the Austrian mountains is: Lech am Arlberg.

Generally speaking, Lech is a mountain village and a fancy ski resort in the Bludenz district in the Austrian state of Vorarlberg. The name comes from the river that crosses the town, the river Lech (errr of course!). I would love to add this to the list even though it is very – VERY – Luxurious in Lech because in summer the place is wonderful and the price more accessible. This piece of heaven is a paradise for photography lovers all year round. And please don’t forget to check online when you can go to the top of some of the mountains for the view you can only get there.

And the river Lech is a perfect model for night time photography. As you can see, “she” was simply fabulous for our mini photoshoot.

Must be remembered: The hotel we got for our stay in Lech was so good that I need to mention here for you. The name is Hotel Berghof, and they gave us a room with the best sunrise you can think of.

Those two are neighbors villages, and you might remember those names from our article about the bus stops and the video showing one of Vorarlberg’s most significant inventions: The Käseautomat.

If you don’t, follow this link to the Architect designed bus stops in Krumbach and see all the seven unmissable spots if you’re into a hint of architectural photography in your travel images. And I will show you here the great clip from our trip to Vorarlberg, but this time it is during summer. Those two cities are worth one night and if you’re there, why not giving you another suggestion of hotel. Hotel Krone is for those into a great traditional and modern Austrian cuisine (confusing much?). They have a great chef in-house and to dine there is a unique experience worth having.

If Vorarlberg is our favorite Austrian region, our beloved city there is Feldkirch. We had the pleasure to visit during winter and summer and both times were to die for. Feldkirch has some of the best sceneries for us travel photographers and more.

And Feldkirch is also a very interesting place, the city hosts annually one of the coolest music festivals in Austria, the Poolbar Fest. In 2016 we had the pleasure to see Romano live there and it was great. It is a clash of old and new in many ways. From its buildings and streets to how young the city feels. From the modern cuisine to the castle in the middle of the town.

Feldkirch deserves more than just one night because not only has options for the daytime photographer, has also for the night time one. We got two nights at the Hotel Gutwinski and we highly recommend.

Pro tip: if you’re going to the music festival, the artists are in this hotel too. Or at least they were when we went to Feldkirch.
BREAKFAST WITH ROMANO, BIAAAAATCH </fan mode off>

Another key point: Last year we visited the Christmas Market, and it was one of the best for my lenses

The top of the #Karren mountain in #vorarlberg

210 Likes, 5 Comments - Marcela Faé (@marcelafae) on Instagram: "The top of the #Karren mountain in #vorarlberg"

Dornbirn is in this list mainly because of Karren. Karren is a mountain of almost 1000 meters high that you can go up by cable car and have the best view ever. I also want to point it out that the best glühwein I had in Austria was in the Dornbirn’s Christmas Market.

The whole city – like all the other in this list – is super cute and by getting lost around the city, you will get loads of photos inspiration.

A drive around the Biosphere Park Grosses Walsertal

I will end this list with something that might need a whole day to do it. In Vorarlberg, there’s a Unesco Biosphere Reserve that has many photo spots. You’ll need a car for this. And you’ll better have some extras memory cards because I can give you some options but on this website, you can find many more.

First, you can start by driving from Ludescherberg to Raggal for the overview of the towns. The journey is all ready to die for and I will update this post with a video we did in a few weeks. I also recommend a stop at the Propstei St. Gerold. This place is/was a monastery. Is and was because it is still home to some religious people but now it has also a hotel, a restaurant and a very rich culture center providing the region with great shows and concerts. The houses together with the landscape are breathtaking.

Besides those two, I recommend a visit to Fontanella, which is a small village and go for a hike to Seewaldsee. The walk to there is beautiful but it is very slippery if you are doing during the winter. Be safe.

I did all those myself, and it took me around 4~6 hours between driving, walking, taking photos and filming. I strongly recommend a whole day only for this.

If you want to have something added to this list, please join our facebook group and give us our suggestions! You can also leave a comment here if you prefer.

Vorarlberg sponsored our trip, but all the opinions on this post are ours. 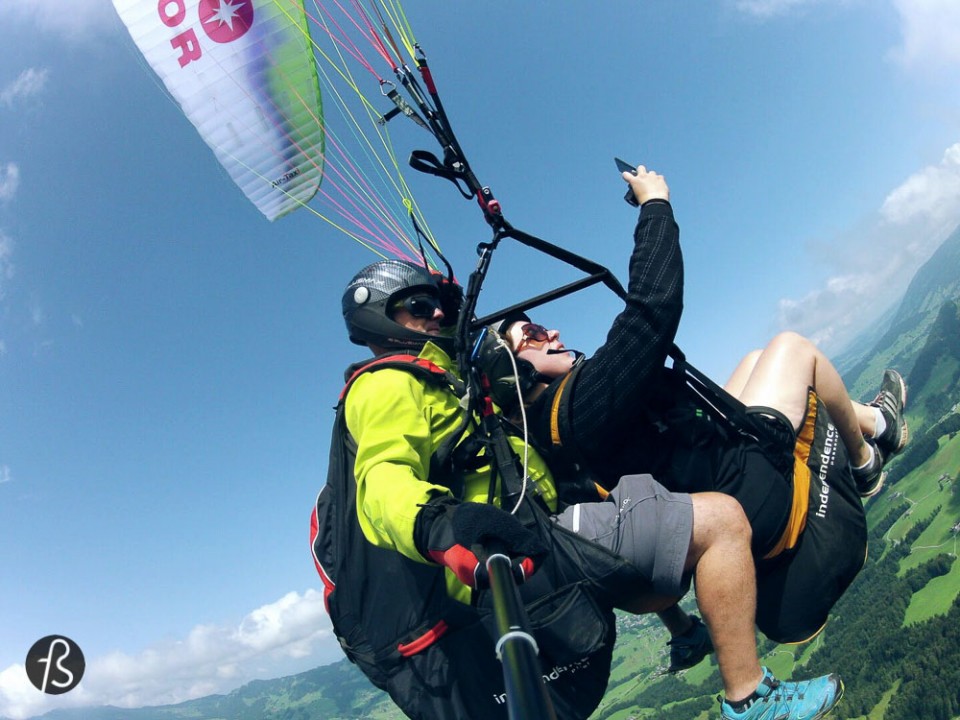 How is it like to do paragliding in Vorarlberg? 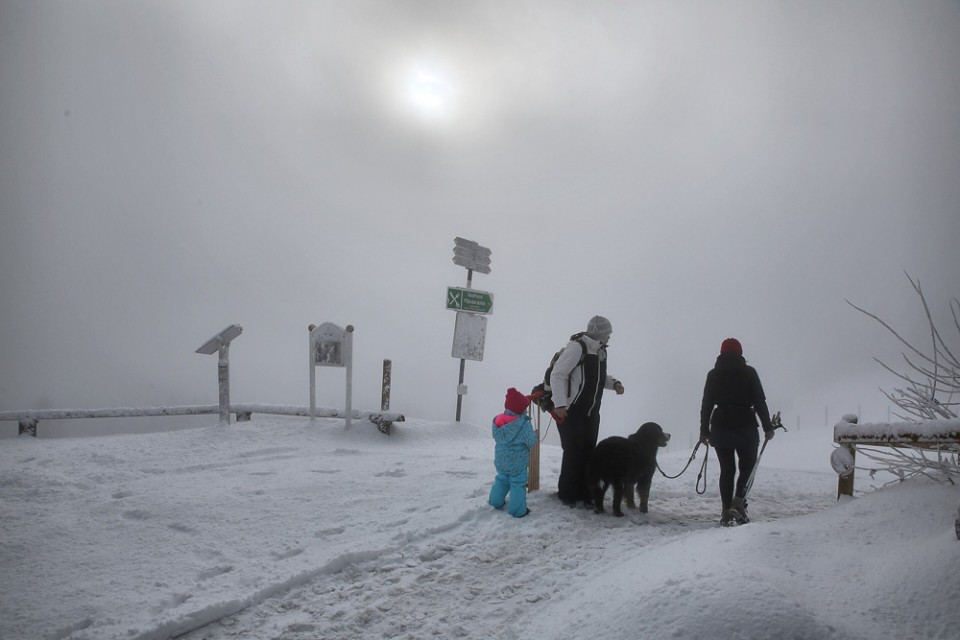 All you got to know about the Pfänder Mountain 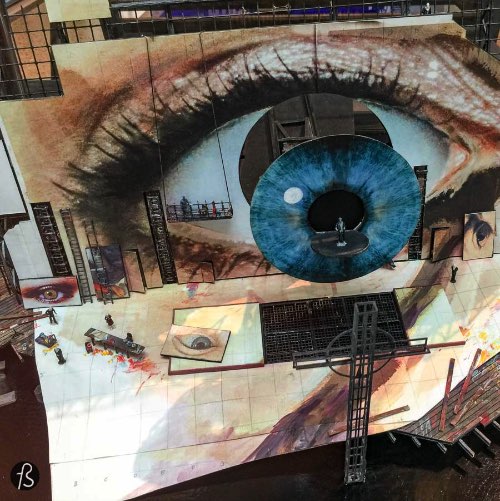