A Memorial to the 1956 Hungarian Revolution
;

Close to one of the most touristic areas of Budapest, there is a memorial that most people overlook and ignore. I feel like that happens since there is no English plaque around, but this bullet holes on the Ministry of Agriculture building are hard to let it go.


These Budapest Bullet Holes are how I called them before I realised what do they mean. I first saw them when I was walking around the Parliament Building, and I thought it was a little bit weird to have small iron balls over a wall. For a moment I thought it was some kind of abstract art and then I remembered the scars of the Second World War in Berlin and everything connected.

These bullet holes are not from the Second World War, I have to say this first. These are part of a memorial to one of Hungary’s most significant national tragedies: the 1956 Revolution against Soviet control.

If you are looking for a hotel in Budapest, we have a place for you!

It all happened on October 25, 1956, and it’s a day known to Hungarians as Bloody Thursday. This was the day that hundreds of peaceful protesters got together next to the Parliament Building, along the Kossuth Lajos Square. This demonstration wasn’t well received by the Soviet troops and the state secret police, and they opened fire on the people. Some of these people took shelter next to the Ministry of Agriculture Building, and the facade was left scared with all the bullets fired at the protesters. 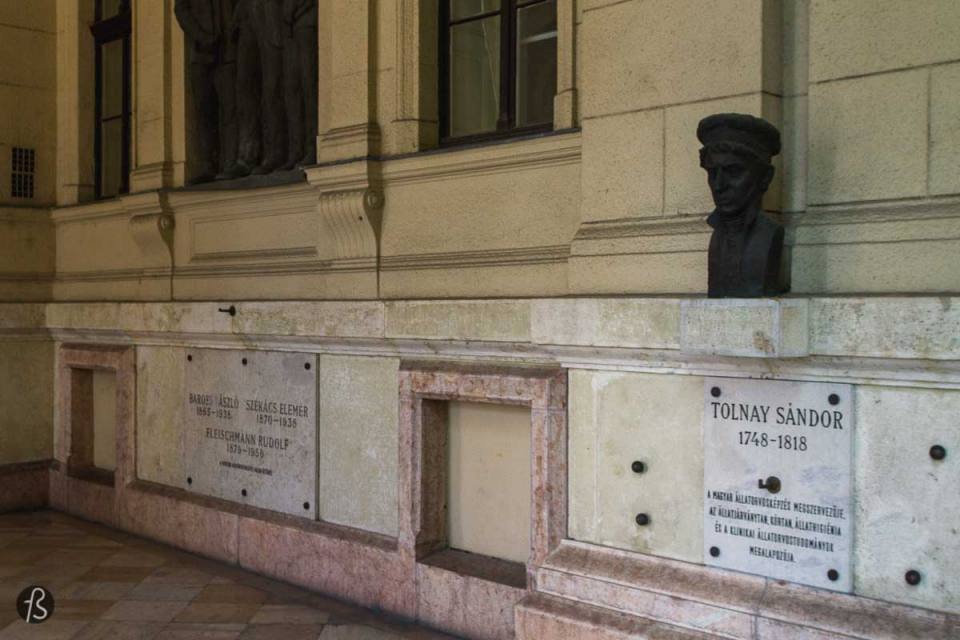 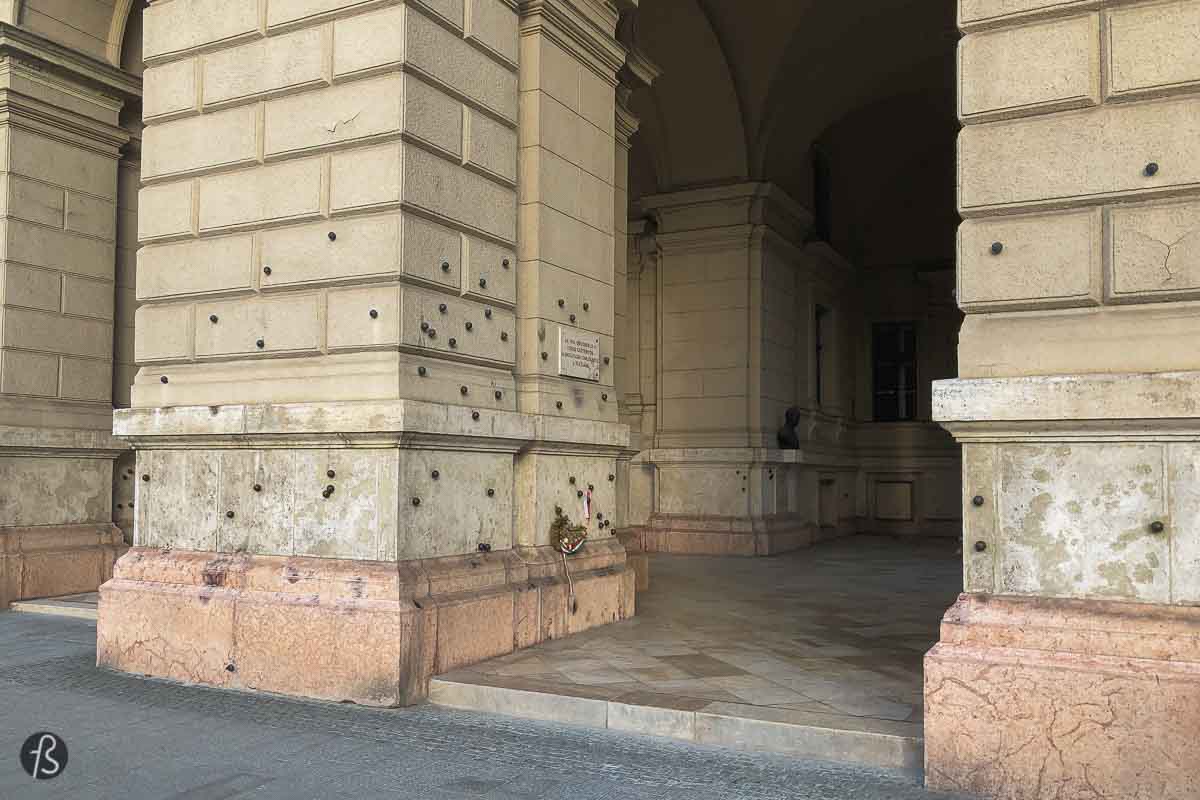 Today, dozens of bronze balls are attached to buildings facade, and they are there as a reminder to those who were killed during the 1956 Hungarian revolution. When you visit the Parliament Building in Budapest, don’t forget to pay your respects to those who died fighting for something that they believed in.

The Memorial to the 1956 Hungarian Revolution can be found on the walls of the Ministry of Agriculture, behind the Hungarian Parliament in Budapest. It’s open 24 hours a day, and it’s pretty easy to spot when you go through the Kossuth Lajos Square. 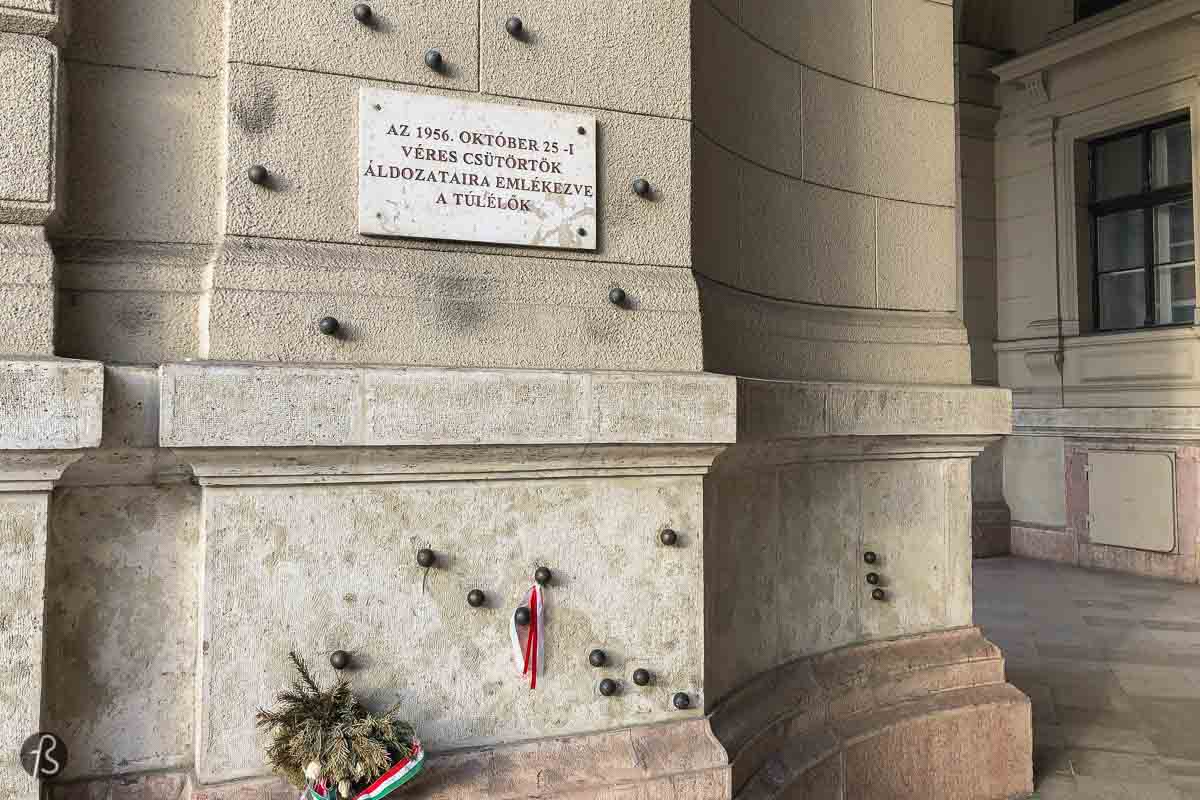 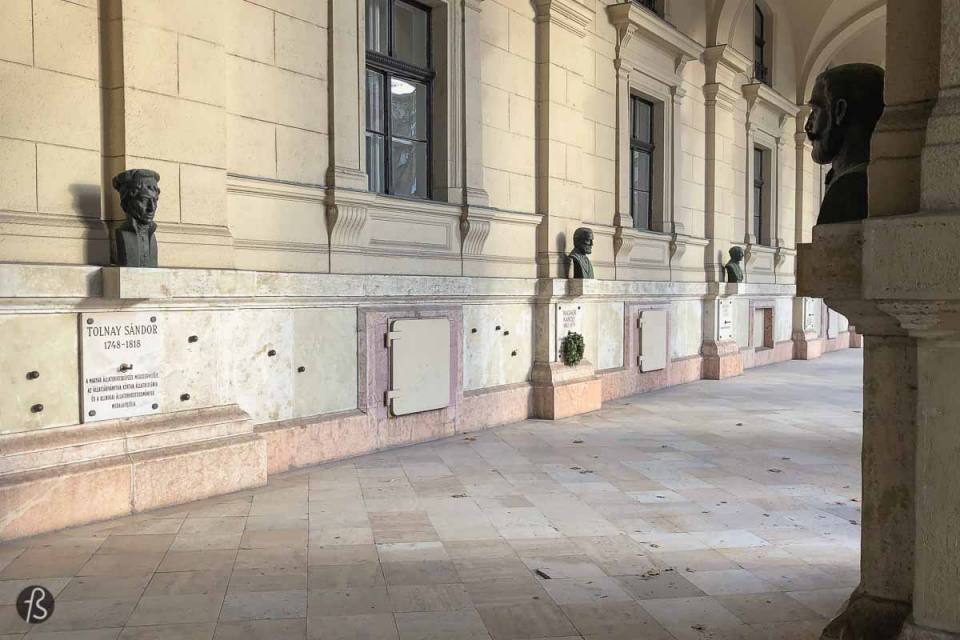 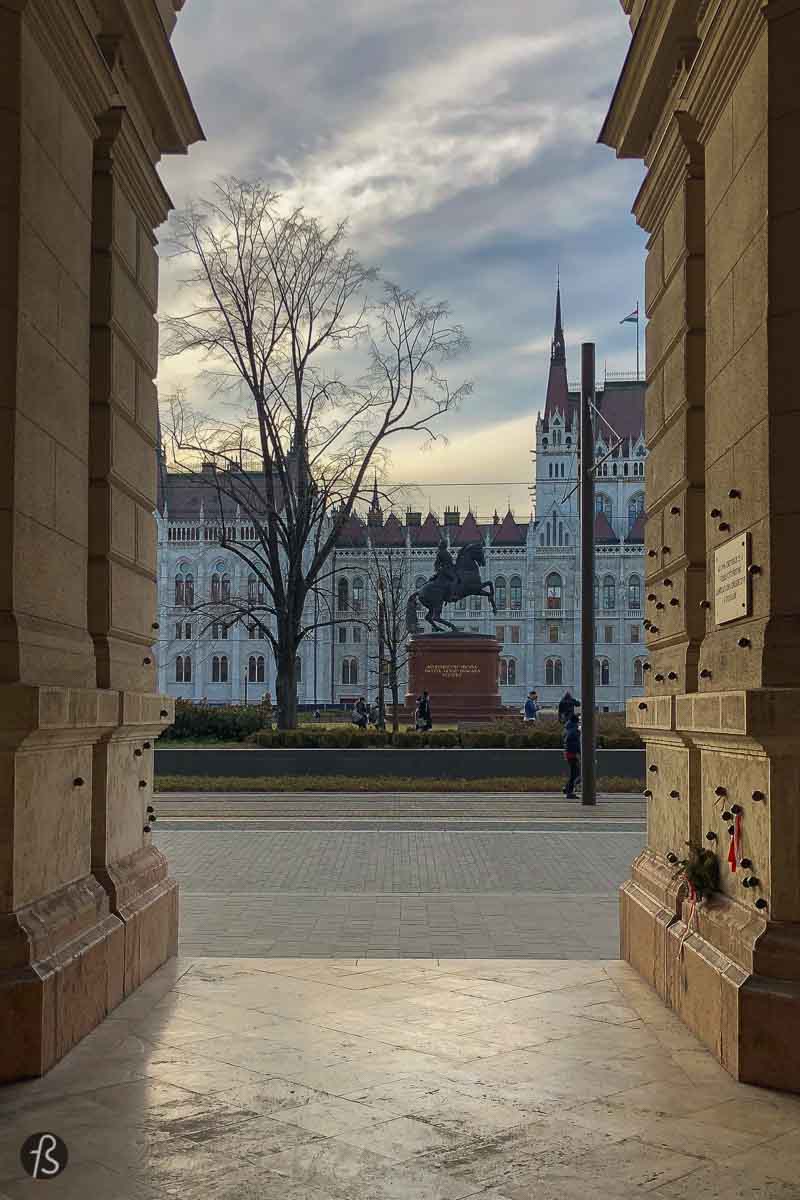 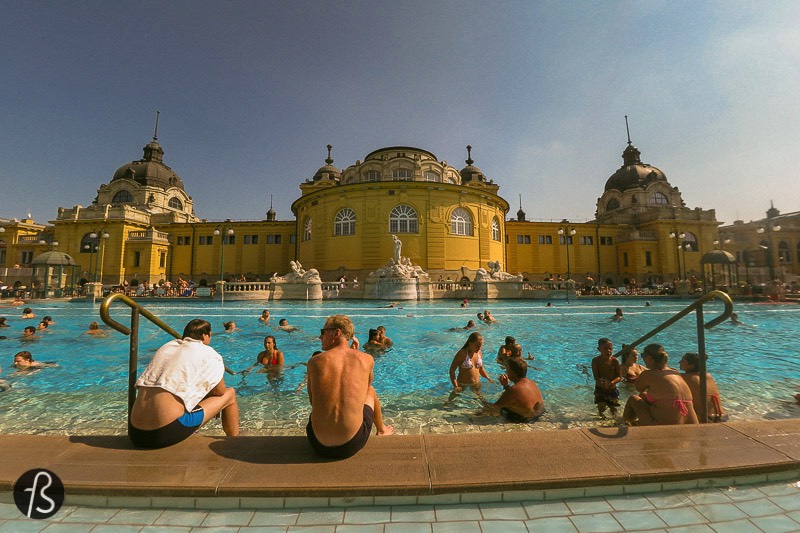 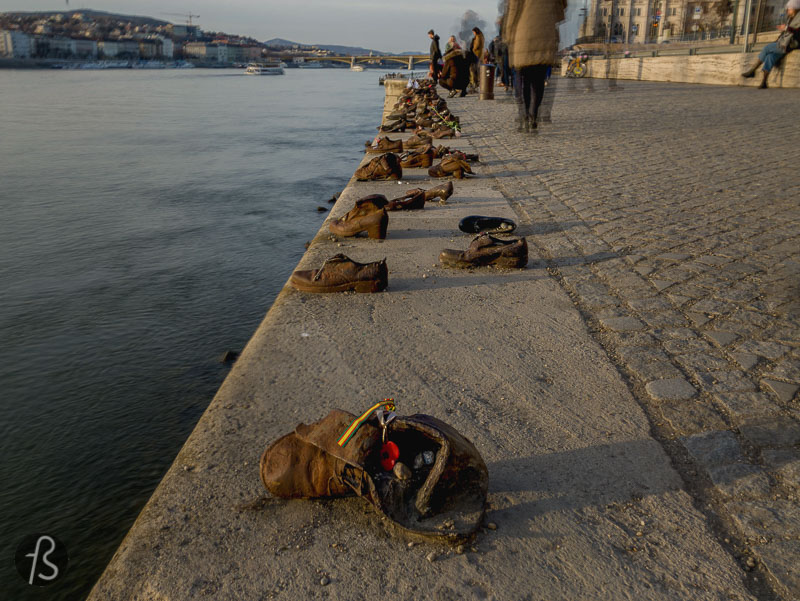 Shoes on the Danube Bank in Budapest 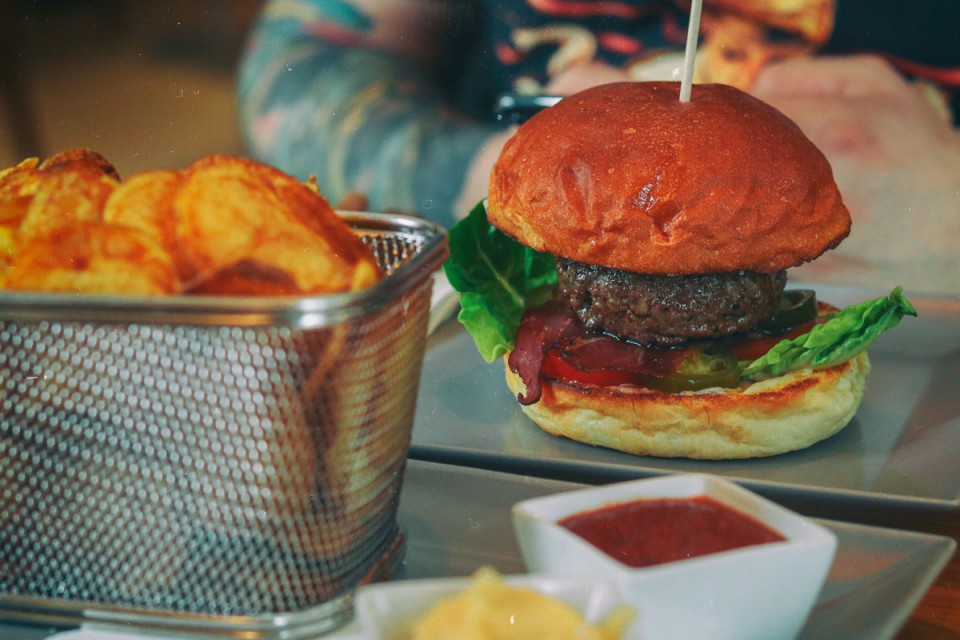