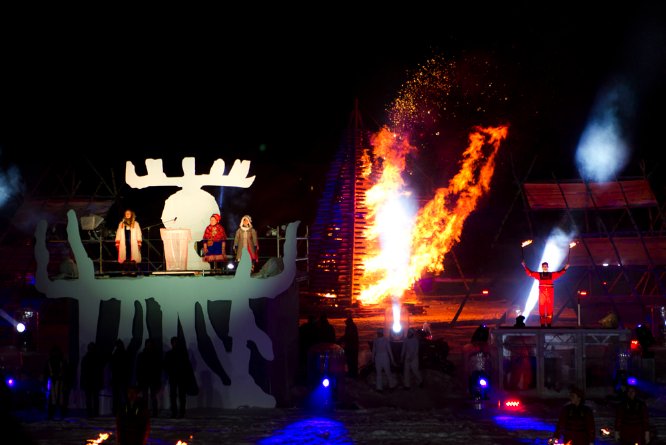 In the first days of february, we had the pleasure to be in Umeå just to watch the city being launched as the European Capital of Culture. And take pictures of everything we saw there. Burning Snow was the name they chose for the official inauguration ceremony. Burning Snow sounds a little scary on our ears and it got even worse when we realized that everything was supposed to happen on top of a frozen river. Nothing different for the local citizens but really weird for we as brazilians. And even worse for our friend André Motta, who came all the way from Brazil to see this happening. 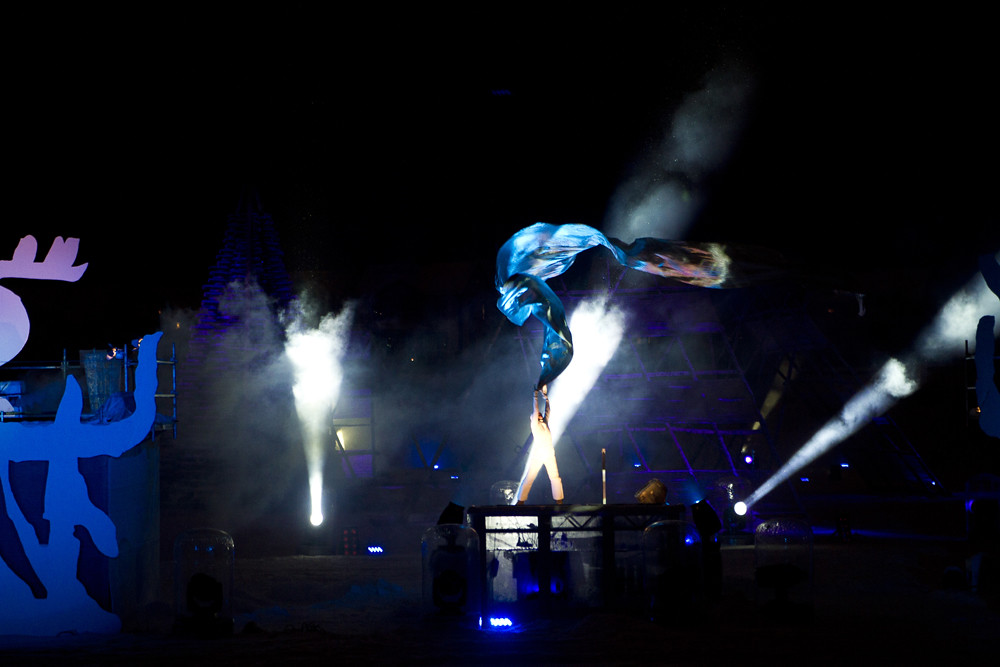 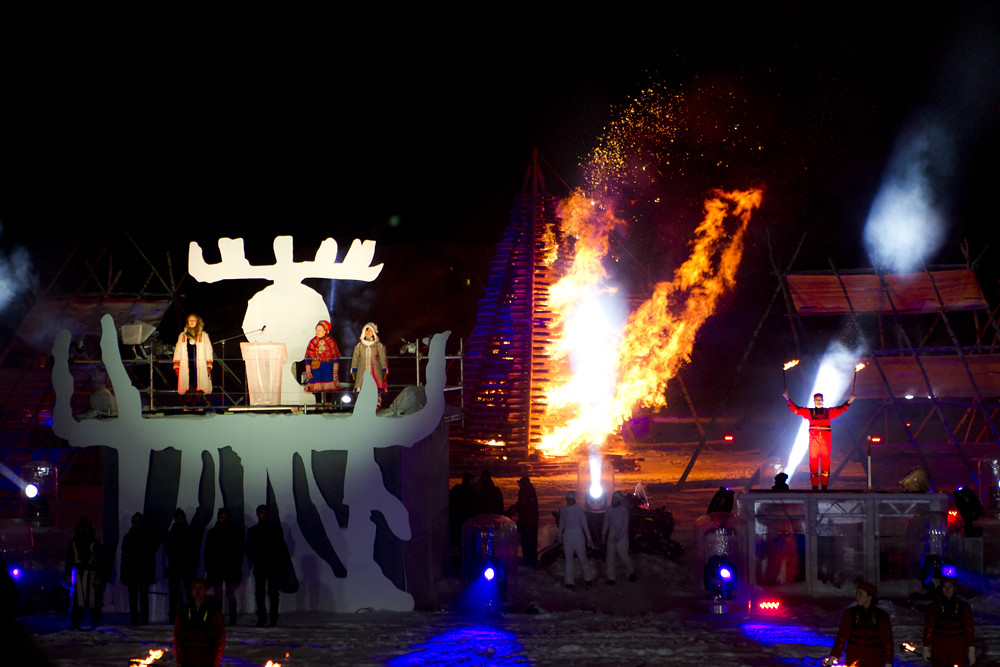 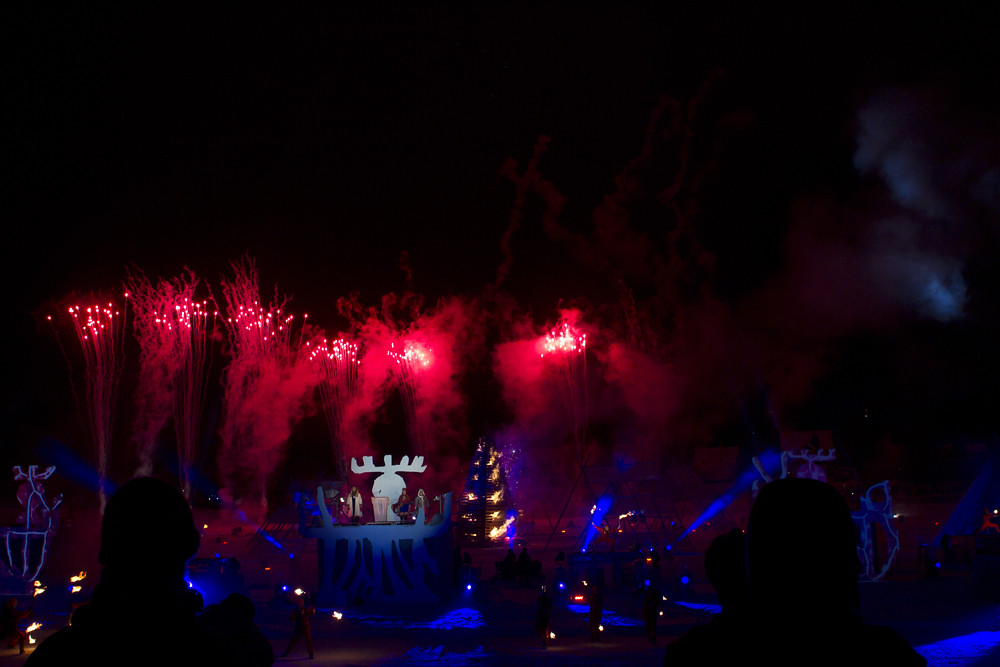 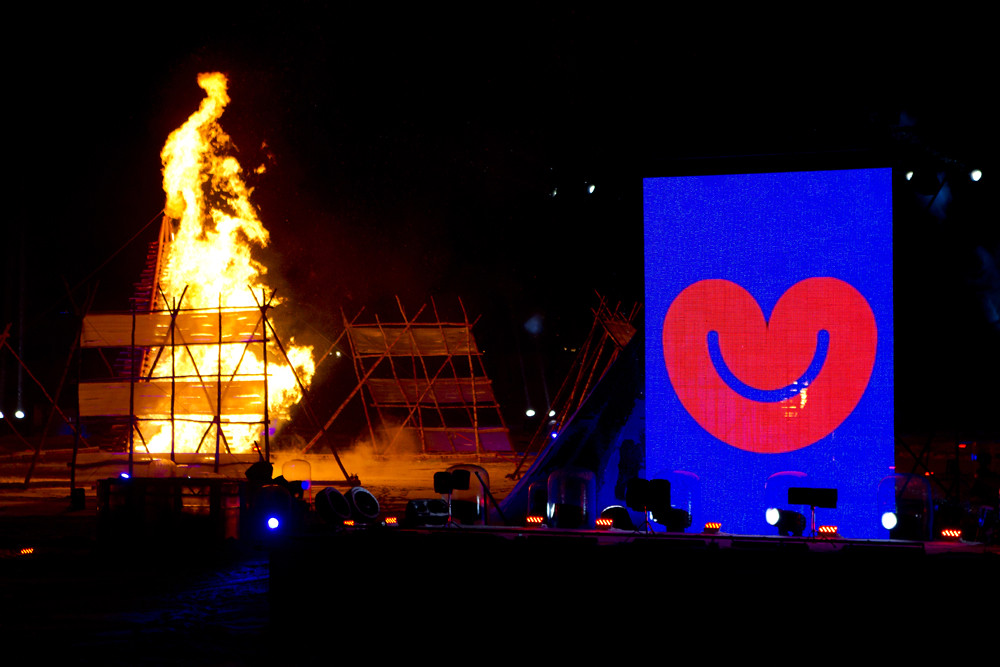 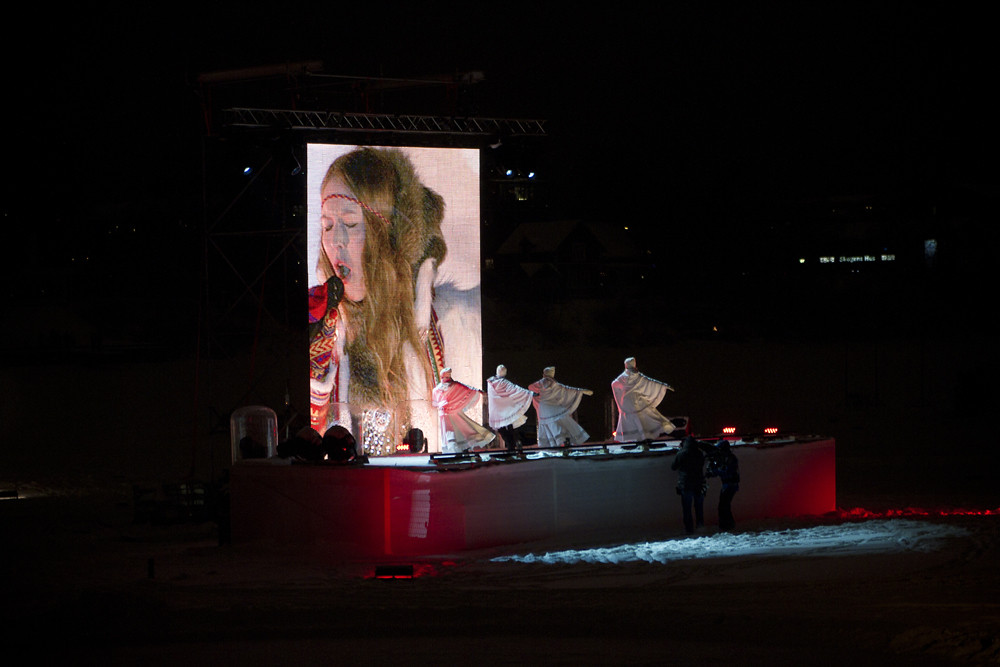 The opening ceremony happened on Rådhusparken where a little over 55 thousand people got together to see the show. Honestly, we didn’t know there were so many people there and, when you take a look at the pictures on this post, it is kind of hard to see how crowded was everything on that saturday evening. We arrived at Rådhusparken around the end of the afternoon and, since it was winter, everything was already dark. What was perfect since we knew about the fire.

Said Lena Adelsohn-Liljeroth, Swedish Minister for Culture, during the opening ceremony before the focus turned from the political side to the show itself. A celebration of how diverse is the region of Umeå started with a choir of swedish children singing some Sami chants that made more sense to us once we talked with some Sami people and understood how important it was for them to be shown to the world as a important part of swedish and european culture.

Following the choir, several folk groups, bands, singers and choreographers did what they know best and what you can see better on the video below. It is not that easy to describe this kind of things. But we can say what really set this apart from other openings. Between the singing and dancing, we heard a voice on the speakers asking all the people in the park to turn on some of the lights they received when entering the place. Behind us, we could see all those thousands of blinking lights in the crowd and was quite cool. 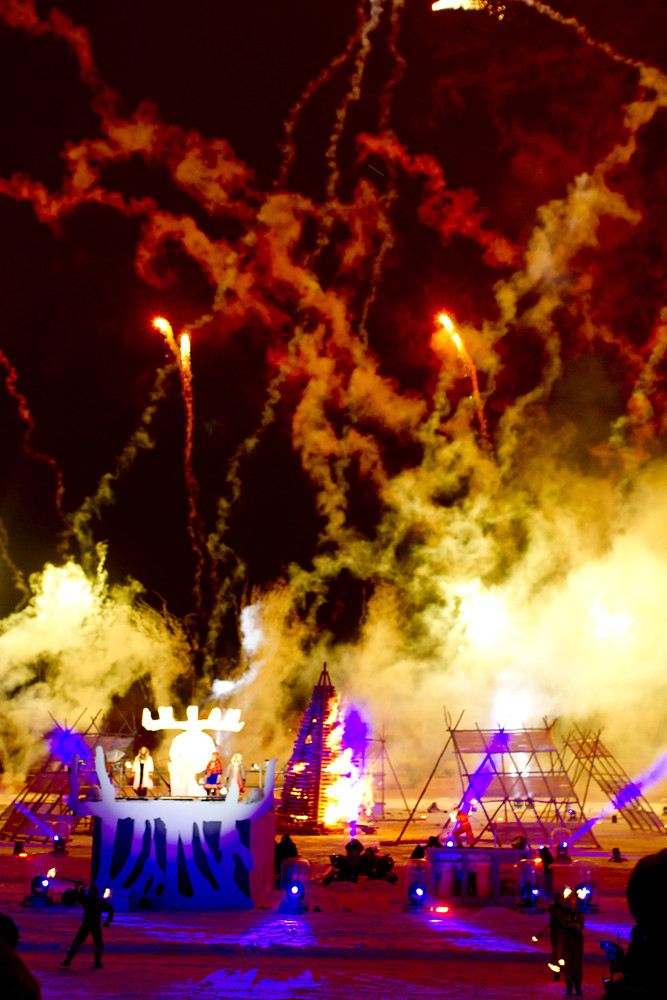 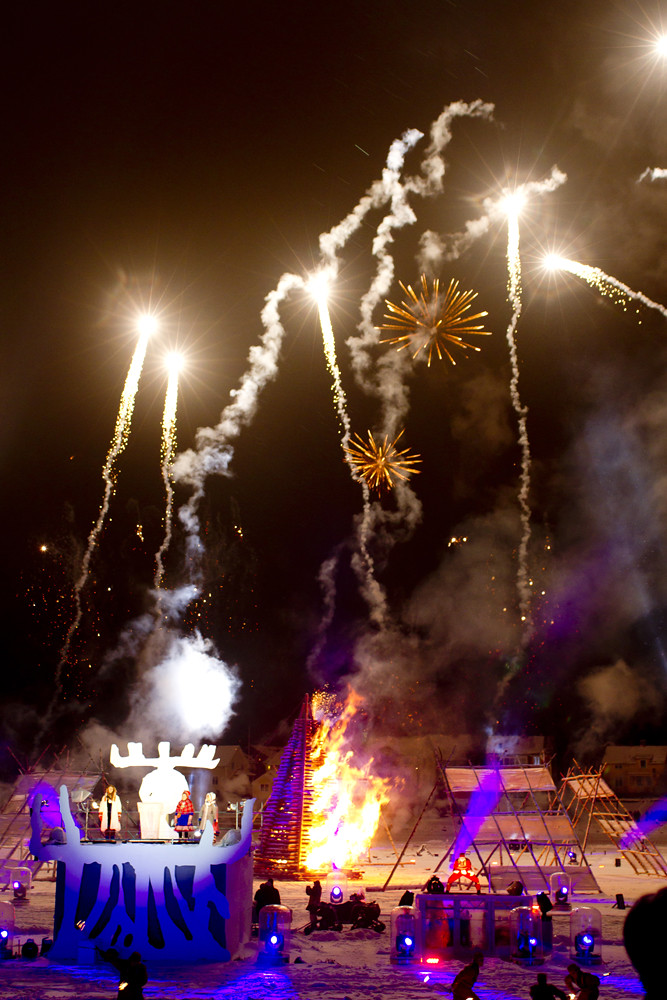 But our favorite part came in the end. The sky was covered with clouds and some drones were set up to do what i might call a dance on the skies of Umeå. They danced an electronic music playing in the background. After a few seconds of dance, those drones went high in the sky and they became the closest we have ever been to the Northern Lights. The crowd went crazy with that.

And then, there was fire. Huge fireworks exploding everywhere while a huge tree made of logs was set on fire on top of the Ume River. And it was over. After a few hours with our feet on the snow, we can say that we were glad it was over. It was time to heat them and have some beers.