Cheap things to do in Barcelona

From amazing octopus to outstanding architecture. Everything you want without hurting your pocket.

Barcelona is by far one of my top 3 favorite destinations in Europe. If you’ve been there, you know why. But the problem is that Barcelona can easily break your wallet, so let me show you around. From Gaudí and street parties to an abandoned bunker from the civil war, let me show you the best cheap things to do in Barcelona.

Checking out the outstanding modernist architecture

Barcelona heart and soul of Catalunya. The modernism from Catalunya is one of the most famous aspects of its rich culture. Its main name of course is Antoni Gaudí, designer of Parc Güell and Sagrada Familia.

Parc Guëll wasn’t a paid attraction when we visited this lovely city for the first time. The city introduced a 8€ fee around 2014, but there’s a great deal of the park that is still free (of course, not the best part).

But if you don’t want to spend a few euros just to visit a park, you can see amazing buildings and masterpieces from Gaudí for free. You just need to stroll around Barcelona for that. Look for Casa Batlló, Casa Vicens, Bellesguard, Casa Milà, Casa Calvet. Keep in mind that you can always see La Sagrada Familia from outside, too. It is not as spectacular as inside but is 29€ cheaper.

If you have time and is really into architecture, check out the  Modernism Route website for details on where to find buildings not just by Antoni Gaudí but also by other amazing modernist architects. Names likes Josep Puig i Cadafalch and Lluís Domènech i Montaner (who designed the Palau de la Música Catalana) are a good start.

The best view you can have is free

In my opinion, you gotta take advantage of everything life puts in your way. If your destination has lakes, go swim. If is flat, go by bike. But if it has hills, go to the top of them and watch the sunset like a boss.

The good thing about Barcelona is that neighbourhoods to the north side offer several locations to take in breathtaking views. And the story of Barcelona was marked with the horrors of the Spanish Civil war in the 30s. Why don’t mix the good and the bad and have the best?

The Carmel Bunkers, at the very top of the Turó de la Rovira hill, are a free open space and a nice alternative for a cheap thing to do in the area of Parc Guell. So if you’re looking for the most amazing view of Barcelona and the beaches around it, take a deep breath and climb your way up.

Those bunkers were built as anti-aircraft shelters during the Spanish Civil War and afterwards became shacks, which were removed for the super famous Olympic Games of 1992.

The Bunkers del Carmel are now part of the city’s Museum of History. They are a free open space with panoramic views of Barcelona and some of the beaches that surrounds the city.

The bunkers are packed with young people hanging out and having sun, some smoking weed most drinking beer. Since in Barcelona is against the law to drink on the streets, Bunkers del Carmel are a good option for drinking outside while you enjoy the sunset. My pro tip goes for those looking for cheap things to do in Barcelona during the summer: avoid going there when the sun is in its strongest hours. There are no shadows and your sunscreen will not be enough.

Bring your friends, some food, cold water and wine or beer. Spend a few hours there. The walk up is tough but the view is more than rewarding.

Revealing the Raval and the Gothic quarter

Save a whole day for the old part of Barcelona. Get lost inside the Raval and especially the Gothic quarter. To be honest, the Raval and the Gothic Quarter are the only good thing about getting off on the metro in La Rambla.

La Rambla is the most famous spot in Barcelona and is awfully packed with tourists and pickpockets. Truly a nightmare for people like me that hates doing the obvious when they travel.

But Raval and the Gotico are great ways to get a feel of this town. Every corner, every street, every turn is full of history. Its architecture is breathtaking and you can really see how old Barcelona is.

If you like to add some history to your “Cheap things to do in Barcelona” list: Roman walls, ancient Cathedrals and narrow streets are waiting for you.

From the old Jewish quarter, el Call, to the secluded medieval alleyways that characterize this side of Barcino – Barcelona’s former name.  You’ll see charming little streets and squares, patios in many buildings that are open to the public and even a bunch of geese. Yes, geese! Next to the Cathedral, you can see 13 very cute and fluffy geese just hanging out and bathing under the sun. The cathedral has a secluded Gothic cloister where the animals are kept. And why 13? The number can be explained by the assertion that Eulalia was 13 when she was martyred. And Eulalia as Saint Eulalia or Eulalia of Barcelona, the co-patron saint of Barcelona.

Please add to your list the historical archive of the city or the Roman Temple of Augustus, Plaça del Rei and Plaça Sant Felip Neri. The last one being a silent and – some say- haunted spot with a church and an emblematic fountain. Pay attention to the walls in this church as you  can see the scars of heavy bombing Barcelona receive during the civil war.

The lovely and famous beaches of Barcelona can be anything but relaxing in the high season – hence the locals’ preference going a bit further out of the city to places like Sitges (a quick train ride away) or the eye-catching Costa Brava.

But it is valid to say that the city’s beaches are great for an urgent salt water dip.  Sant Sebastià and the popular Barceloneta beaches have a curious mix of tourists, expats and locals. Both locations are very good if you want to explore cafes, bars and restaurants. Just be aware that the more touristic you go, more you’ll pay for sometimes crappy food. I had a pretty terrible and expensive paella at Barceloneta once but I did it anyway for the view – and because I was starving and super tired.

If you’re into the FKK vibe (nudist beach for those that are not familiar to this German therm), check out the Olympic Port area. Mar Bella to be exact. It is way more quiet and relax over there.

If your thing is laying on the grass rather than the sand, maybe Barcelona is not the ideal place for you. If there’s one thing I would change about this city is the lack of parks. Especially if you compare to cities like Berlin or London.

Barcelona’s population density is quite high and most of them live in apartments. The city should offer more parks but for some reason it doesn’t. Going outside and just relax is by far one of my favorite things to do in Barcelona – or anywhere else for that matter.

However, the few parks that Barcelona has are outstanding! And both the coast and the mountains are around the corner, so the inhabitants of Catalunya’s main city are well served when we’re talking about free and open spaces, with nature around. Parc de la Ciutadella and Park Guell are fantastic options for a relaxing time.

Parc de la Ciutadellas on the site of an old military citadel – and if you know a bit of Spanish or Catalan, you’ve already knew that. This park has a  zoo, a lake, a gorgeous fountain, a realistic statue of an elephant for some reason and houses the Catalan Parliament.

If you’re thing is more nature Montjuïc hill is the option for you too. Great views and culture awaits for you there. The National Museum of Art and the Joan Miró Foundation are there. As well as Olympic landmarks and a castle. And do not forget to check the timetables for Magic Fountain of Montjuïc if you have a free night. It is spectacular.

It is not news for you that food plays a huge part in Catalan culture, right? Barcelona is worldwide known for its food options, flavors and cuisine. There is no better way to enjoy Barcelona other than tasting the local cuisine exploring the city’s markets and traditional restaurants.

When I went to Barcelona in June this year, the lovely Sarah from Almost Locals took me to a few amazing markets and vermut bars to try the tapas and after that we’ve ended up at a place known for having the best octopus in town.

We started the day at at Senyor Vermut where we tried a few famous tapas like Patatas Bravas, croquetas and Pan con tomate. We had way more than that but those where my favorites.

After eating way more than I should, Sarah took me to try a cool place inside Mercat de Ninot. Inside the market look for the stand called “La Barra” and order the Croquetas de Calamar. You can leave a comment here thanking me later, ok? YOU’RE WELCOME. And besides this little fried piece of heaven, this market offers great options and fair price for products like jamon, fruits and fish.

The last stop of my day with Sarah showing me around foods in Barcelona, we went to O`Retorno. And you know when you eat something for the first time in your life and this thing immediately becomes your favorite dish ever? I had this experience inside this traditional restaurant. If you ever go to O`Retorno, order Pulpo a Gallega. And again, come here and declare your love to me because OH MY FUCKING GOD! It is the most delicious thing I ever ate in my entire life.

From all those places Sarah showed me, the one I’ll at to the very top of my ‘Cheap things to do in Barcelona’ is my favorite one: O`Retorno. The octopus for 2 people is around 16€. And even if you eat like a monster and wants the whole thing just for you, 16 bucks for the best octopus of your life is pretty cheap.

I wanna end this post super recommending a fantastic hotel for you guys – Silver Hotel. Silver is more than just a hotel, it is like your mini apartment in the city.

The room I got was the one with a terrace on the top floor. Besides the fantastic outside space for sun bathing, an occasional drink under the stars or moving your breakfast to your room, my room was incredible.

A full kitchen, working air conditioner, wifi and a hell of an amazing continental breakfast every morning. It was simply the best.

I’m not recommending them because I stayed there, ok? I’m giving you my genuine and honest opinion. I can’t express in words how much I loved my 4 days with them.

Worth to mention also that this lovely hotel is in the heart of Gracia, a totally new part of Barcelona for me. The last few times I was always in or next to Raval. Gracia is a different vibe, you know? It is like having Barcelona but as a small village. I will write a post only about my new favorite passion soon. Gracia, I’m in love with you! 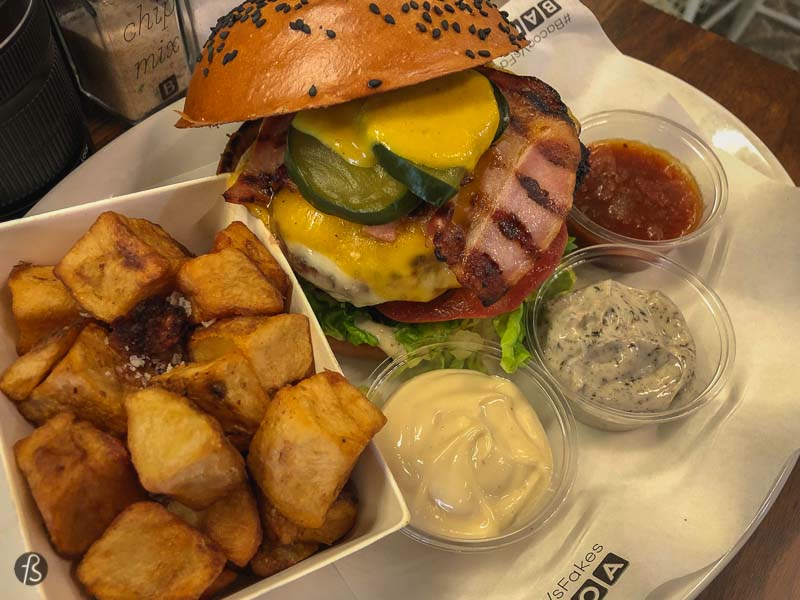 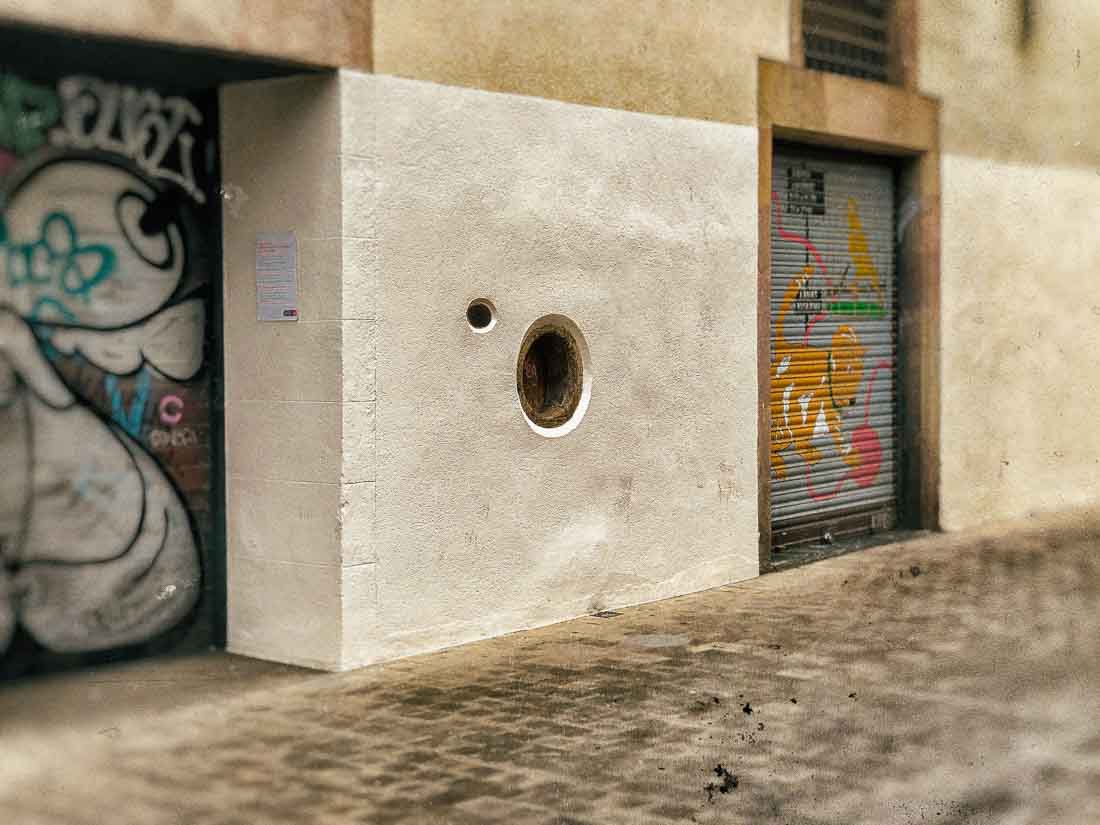