Another one of the many Dark locations around Berlin
;
A lot happens to the police officer know as Ulrich Nielsen in the Netflix Series Dark. But, here, we are not going to talk much about him. This article is about one of the many Dark Locations we found around Berlin. If you’re a fan of the series, you know about the mental asylum where Ulrich was locked in 1953.
In the series, we never learn where the mental asylum is located, but we know that, if you watched the second season, that Ulrich spends 34 years locked in there. From 1953 to 1987, Ulrich Nielsen is locked in this place, far away from every character in Winden.


In the Netflix series Dark, Ulrich Nielsen grows from a rebellious teen to an energetic police officer. But, when his son disappears in the first episode of the series, we see him grow into a different character until he travels back in time and is locked in a mental asylum. In the real world, this building isn’t similar to a mental asylum in any way. This Dark location can be found in a district called Potsdam-Süd, in an anvil-shaped peninsula known as Hermannswerder, named after Hermann Hoffbauer, a merchant that lived in the area around 1870. Nowadays, most of the area is owned by the Evangelical Hoffbauer Foundation.

In the peninsula, there is a Protestant grammar school with a building that looks pretty similar to the one used in the series. There are some nursing facilities as well and the Evangelical Inselkirche Hermannswerder that was consecrated in 1911 with its gorgeous looking Neo-gothic brick building.

Below you can see a screenshot we took from Netflix and, after that, you can see the pictures we took in July 2019. 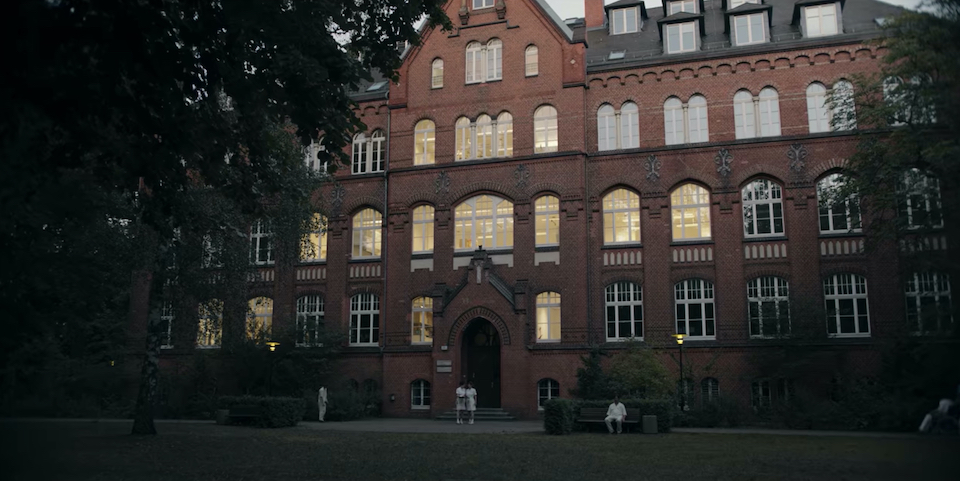 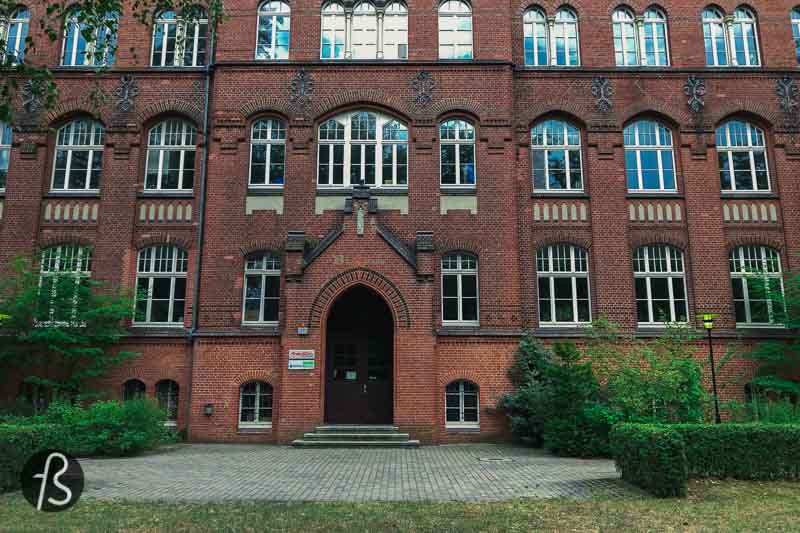 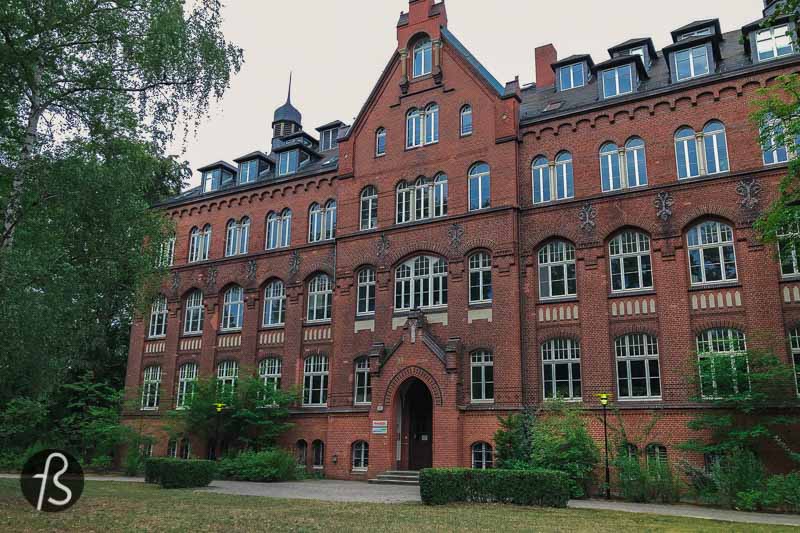 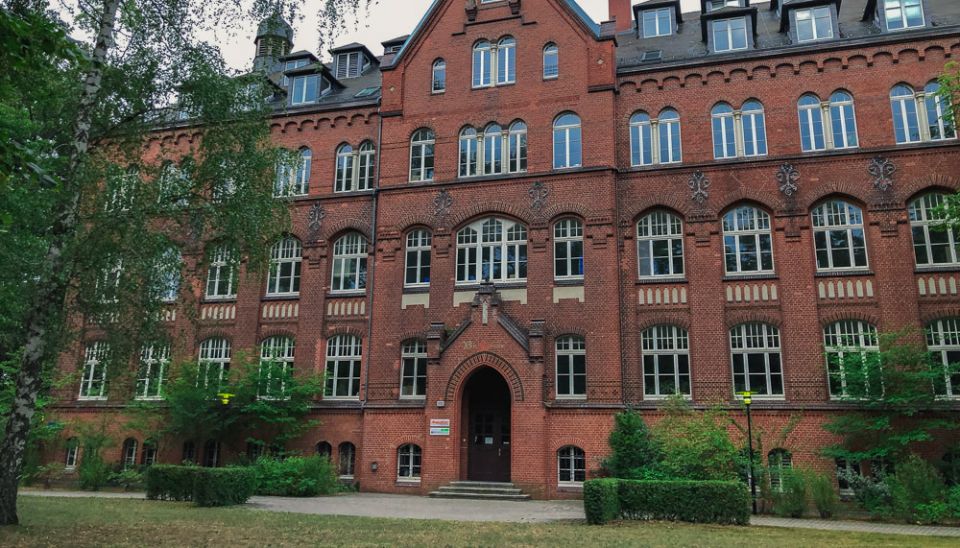 The building used in Dark is a gorgeous-looking brick building where Biotecon Diagnostics is located, as you can see in the map below. I was there on a summer evening, after a long bike ride from Berlin to Potsdam. The surrounding area is quite exciting, and it looks pretty different from Potsdam. So, if you have the time, it’s worth going around and exploring the Hermannswerder.

My advice is for anyone to go there by bike or car since there isn’t an easy way to get there from the central station in Potsdam.

If you are interested in the locations from the Netflix series Dark, we already wrote articles about the Winden Cave, the bridge where drugs were hidden, the school were most characters go to, the church where Jonas meets Noah, and even the Waldhotel Winden. 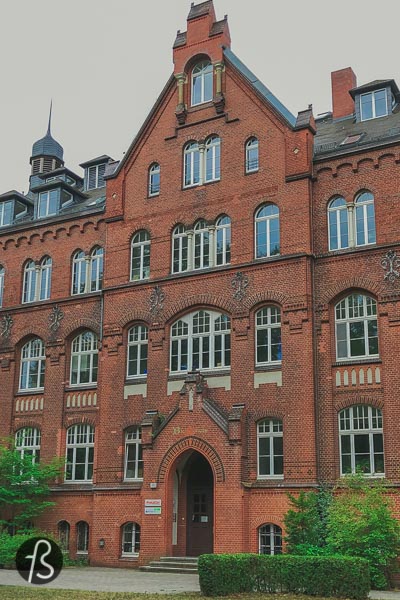 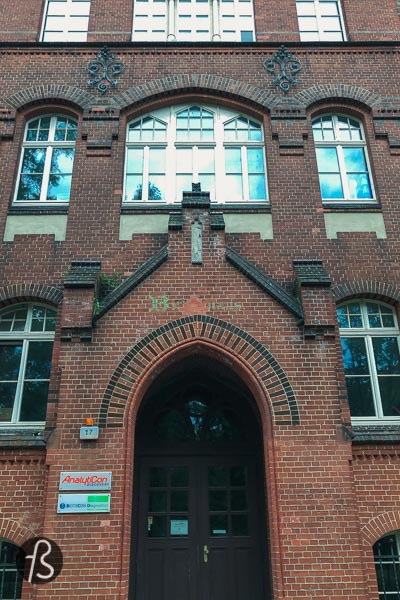 9 Of The Best Boutique Hotels in Potsdam and Why 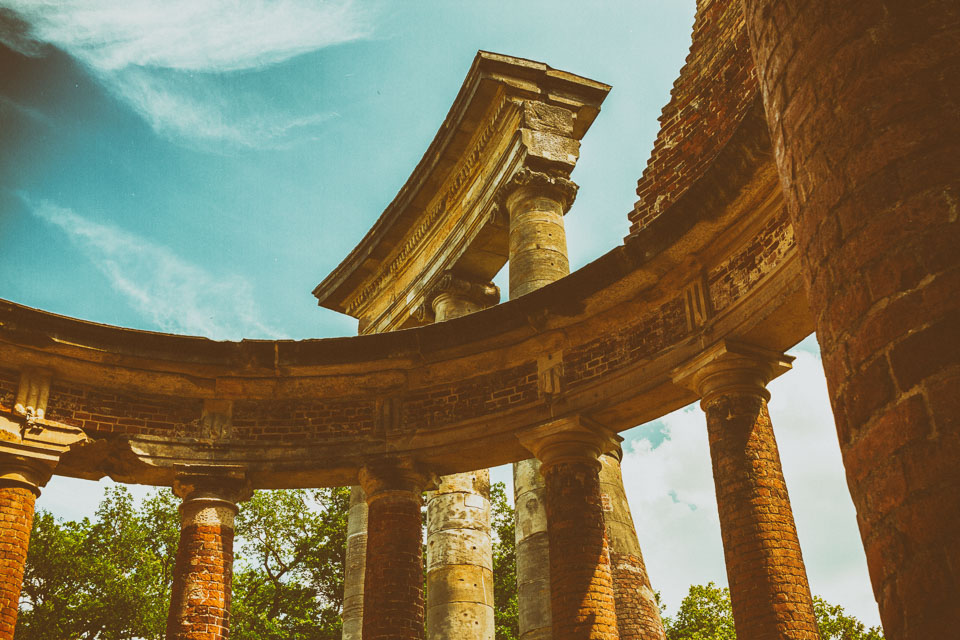 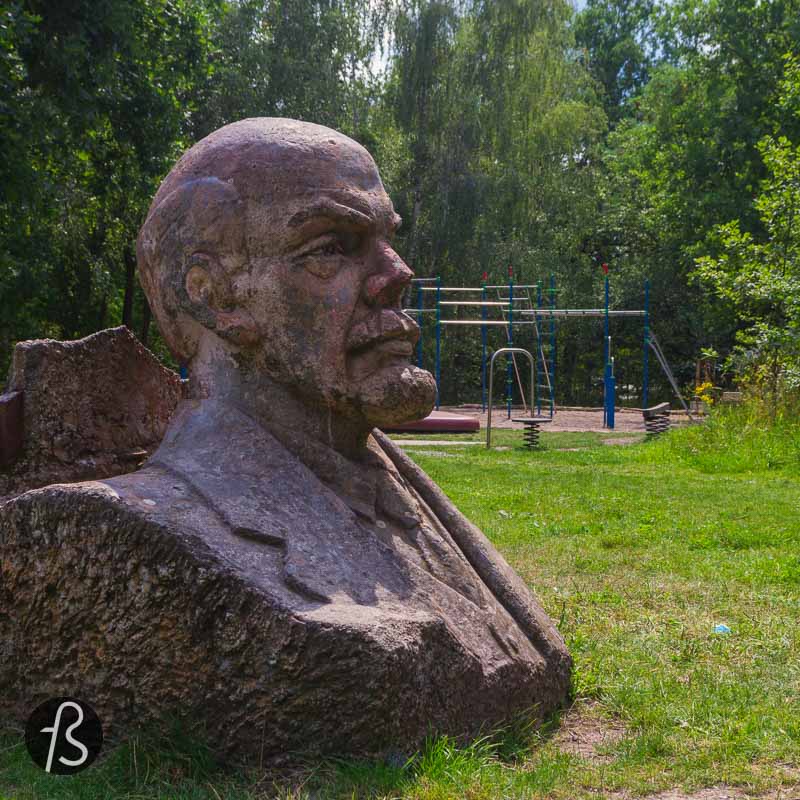