How Warszawa Came to Be
;

Most people are aware of David Bowie’s relationship with Berlin due to his Berlin trilogy. But it’s not everybody that knows about David Bowie’s Warsaw story. This is the story I want to tell you since Fotostrasse visited Warsaw and discovered a lot about why and how the polish capital stuck with Bowie. It stuck enough to have its name on a song from of his best albums.

If you listen to his album Low, you know about Warszawa, one of his most beautiful instrumental songs and one of my favorite songs from him. I going to try to explain how this song came to be.

There are legends behind the song Warszawa and they say that David Bowie was in Warsaw twice before the song was released. One in 1973 and another one in 1976, both of them were simple and short train stopovers on his way from Moscow to Western Europe.

Most people are not sure about which trip inspired him to come up with the song so I going to tell you both stories. First with the Warsaw trip of 1973.

In early 1973, David Bowie made a whole trip across the Earth without flying. Yeah, you read it right. In the early seventies, Bowie was afraid of flying because he felt like he would die in a plane crash. So, until 1976, he didn’t fly. His tours were done in a mix of train, bus and ships, and this is how he did his world tour in 1973.

David Bowie first crossed the Atlantic Ocean from Europe to the United States by ship and then crossing the country through trains and buses. When he hit the Pacific Ocean, he took a ship to Japan to finish his world tour in April 1973. When this was over, he decided to go back to London by train, crossing the entire Soviet Union from one side to the other.

The Trans Siberian Railway was the only way to do this, and this is how David Bowie arrived in Moscow in 1973. He took another train to Paris, and this is how he got to Warsaw for the first time. Supposedly, this train stopped in the polish capital for about an hour for technical reasons.

This time, David Bowie didn’t visit Warsaw alone. He brought Iggy Pop with him even before they were living together in their Schöneberg apartment in Berlin. During the stopover, Bowie managed to leave the train and take a short walk around Warszawa Gdańska station. This is how he managed to get to, what was then called Plac Komuny Paryskiej, something that could be translated as Paris Commune Square. Today, the place is called Plac Wilsona and there he entered one of the record shops and this is how we get closer to how Warszawa came to be.

The story says that Bowie entered a shop in Warsaw’s Żoliborz district and saw one of the guys that was working there showing a record to one of his customers. This album was from Śląsk Polish National Song and Dance Ensemble where you can find a song called Helokanie by Stanisław Hadyna that you can listen to below.

David Bowie ended up buying that album and some other polish folk records. Nobody would ever know about this short stopover in Warsaw if it wasn’t for something that would happen a couple of years later in an album called Low.

In January 2016, the world got a little sadder. Some people, like I did, went to pay respects at his former home in Berlin. Others decided to commemorate his life by immortalizing him on a huge mural.

A mural in Warsaw’s Żoliborz district, where David Bowie took a walk almost 40 years before. This was the proposal from Beata Chomątowska of the Stacja Muranów Association, and I manage to visit this beautiful piece of street art when Fotostrasse visited Warsaw in May 2016.

You can find David Bowie’s Warsaw Mural on a wall at an apartment building in the Żoliborz district at 1 Maria Kazimiera Street. Created by Dawid Celek, this illustration was chosen among 20 other designs and showed Bowie’s connection to the Polish capital, and it is a beautiful graphic statement to the neighbourhood.

A beautiful new tourist destination to a city filled with great things to see like Warsaw.

Going back to the song Warszawa

According to Iggy Pop, the Warsaw that they saw during their short stop in the city on a train from Moscow to Zurich was still covered in bullet holes from the Second World War.

The landscape next to the train tracks was scarred by bomb craters and this helped Bowie create an unique place in his own mind. When he decided his album Low needed a opening song for its night side, Warsaw came to his mind again.

But there is a lot more to the story than just this.

David Bowie moved to Berlin in 1976 to try to get out of Los Angeles, the city he would call the cocaine centre of the world. He felt sick in Los Angeles, and he wanted to feel like a person again, someone that could take a bus without being persecuted by crazy fans. This is how he got to Berlin with Iggy Pop and two people that would be really important for his next album: Brian Eno and Tony Visconti.

Often, Brian Eno would be working alone on what would become the album Low in a studio at Château d’Hérouville in France. Bowie was breaking up with his manager in a court in Paris and, before he left the studio one time, he asked Eno for a slow piece that would have an almost religious feel to it. Eno listened to Visconti’s 4-year-old son playing a few notes on a piano and decided to loop it on a synthesizer since he really enjoyed what he listened to. That loop developed into a longer melody using Brian Eno’s methods of deliberate randomness, and Warszawa started to take shape.

After the court case was over, Bowie got back to the studio and decided to move everything to Berlin. When he heard what Eno did during his time out, he loved it so much that he came up with lyrics for it in less than ten minutes. Bowie played the album he bought in Warsaw that, for him, sounded like a Balkan boys choir record, and asked Tony Visconti for a similar sound for the song.

For the vocal part of the song, Bowie felt like he needs to express the feelings of people who yearn to be free, people that can smell freedom but they can’t reach it. The lyrics he came up with are the ones below:

Some people believe it is Polish, I heard from others that Bowie is singing in Esperanto but they are a series of phonetics with a rhythmic base that matches the instrumental melody. The result is a suggestive piece in four sections with all vocals composed and performed by Bowie and recorded in 20 minutes by Brian Eno.

David Bowie said that he never meant the song to capture the city like some people believed he did. He was looking to the album as a concept and Warszawa is a piece of it.

If the A Side of Low can be seen as a series of brief conversations from a man in pieces, the B Side can be interpreted as a set of interior landscapes where this man imagine desolation in a post war Eastern Europe. Berlin was a centerpiece for it but Warsaw was a bleak city that stole Bowie’s heart for a few hours on a afternoon. This is how I see Warszawa.

Warszawa was recorded in Château d’Hérouville in September 1976 and, once again, at Hansa Studios in Berlin, September-October 1976. During Isolar II, Bowie’s 1978 tour, the song was the standard opening and it was also used during his Heathen tour in 2002. The song was featured in the movie Christiane F. and its soundtrack.

The song left a big mark in some people, one of them being Ian Curtis. He was so obsessed with the song that he initially named his band Warsaw, later changing to Joy Division to avoid confusion with a British band that also had the polish capital name on its name. You can even hear the song on his 2007 biopic movie Control, directed by Anton Corbijn.

To see David Bowie’s Mural in Warsaw you have to go to the corner of Potocki and Maria Kazimierz Street. You will recognize it by the pictures here but the map on top will help you out even more. 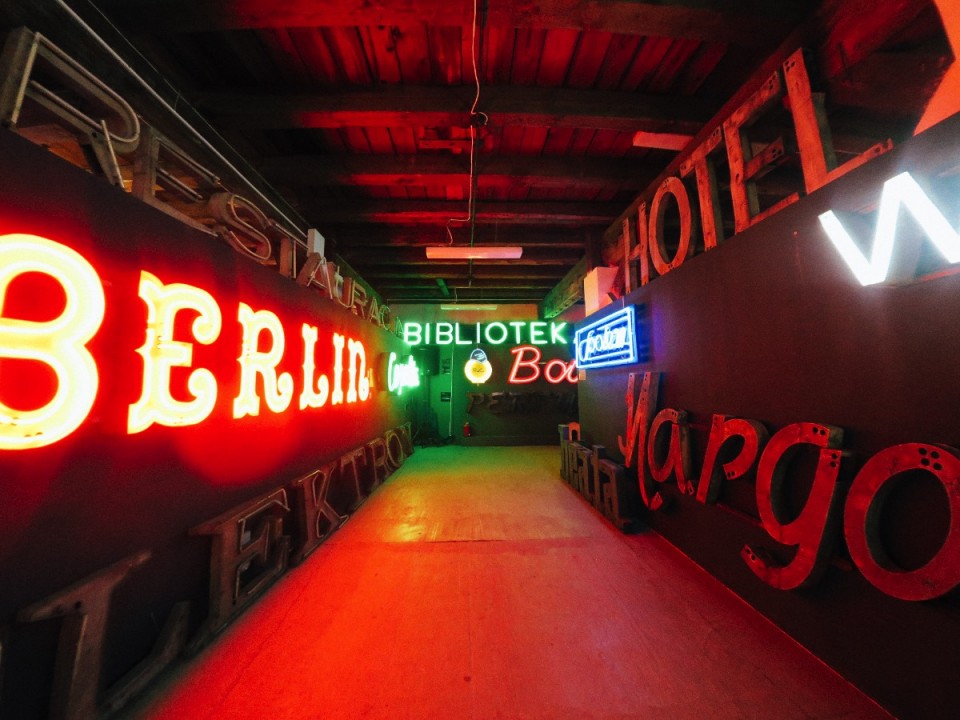