Our Favourite Places in Dresden

A weekend exploring the most beautiful city in Saxony
;
Many of you already know that Fotostrasse went to Dresden, Germany a few days ago, right? If you didn’t know that, you should follow us on Twitter. This is the first of many posts we’ll do about this wonderful city here in Germany.
A quick, easy and free list of our Favourite Places in Dresden. This can help you if you’re there like we were, for 1 or 2 days and you want to make the best of it. Below you can see our five favourite places in Dresden to take pictures and be surrounded by history.

The Dresden Frauenkirche is a Lutheran church in Dresden. And it is the main sight to see in Dresden, for sure. The church is from the 18th century, but it was completely destroyed during the bombing of Dresden at the end of the World War II.

The remaining ruins were left as a war memorial, following decisions of local East German leaders. It was only after the reunification of Germany that some talks about rebuilding it started to come up. The reconstruction of its exterior was completed in 2004 and its interior in 2005.

Everything was possible through private donations from all over the world. The church you see today is a mixture of the old stone bricks that were left there and new materials.

A personal tip from us: pay the 8€ fee and go to the top of the Dresden Frauenkirche. You will not regret that. The Frauenkirche has the best view of Dresden as you can see in some of the pictures below. It is more than fantastic!

Where to Stay In Dresden

If you are planning on visiting Dresden and doesn’t know where to stay, I can advise you to stay at the Cityherberge.

The hostel is quiet, clean, comfortable and well located close to the old part of Dresden and not that far away from the main train station.

The beds were nice, the bathroom is big and the only problem I had there was that the wi-fi could be more stable. Besides that, I would advise everybody to stay there.

The Zwinger, or Der Dresdner Zwinger if you like, is a palace in Dresden, built in Rococo style and designed by court architect Matthäus Daniel Pöppelmann. It served as the orangery, exhibition gallery and festival arena of the Dresden Court. The location was formerly part of the Dresden fortress of which the outer wall is conserved.

The name derives from the German word Zwinger, that means the outer ward of a concentric castle. The Zwinger was not enclosed until the Neoclassical building by Gottfried Semper called the Semper Gallery was built on its northern side. Since I’m a huge lover of baroque/rococo style, I need to say that this place is definitely one of the prettiest sites I’ve ever been in my life.

The Zwinger was the first building to be rebuilt in Dresden. Supported by the Soviet military administration, the reconstruction began in 1945 and parts of the restored complex were opened to the public in 1951. In 1963 the Zwinger had largely been restored to its pre-war state. And all of this, the story says, is because one of the soviet officials was a huge barroco fan and he wanted to save the building.

Today, the Zwinger is a museum complex that contains the Gemäldegalerie Alte Meister, the Dresden Porcelain Collection or Porzellansammlung if you speak German, and the Mathematisch-Physikalischer Salon.

I could spend a whole day walking around it and enjoying the sun and I know you could do the same.

The opera house was originally built by the architect Gottfried Semper in 1841. After a devastating fire in 1869, the opera house was rebuilt, partly again by Semper, and completed in 1878. The opera house has a long history of premieres, including major works by Richard Wagner and Richard Strauss.

In 1945, during the last months of World War II, the building was almost completely destroyed again. This time by the bombing of Dresden and the subsequent firestorm, leaving only the exterior shell standing.

But 40 years later, 13 February 1985, the Semperoper‘s reconstruction was completed and it reopened with the opera that was performed just before the building’s destruction in 1945, Der Freischütz from Carl Maria von Weber.

I hope I’m right on this but I remember our tour guide saying that they only manage to save the Semperoper because they decided to use the cellar as a place to store potatoes. I’m not sure about this one but I like the Story.

Brühl’s Terrace a.k.a. Brühlsche Terrasse in German, is a historic architectural ensemble from the city. Nicknamed The Balcony of Europe, a name which was first thought up and used at the beginning of the 19th century when an influx of tourists started coming to Dresden, the terrace stretches high above the shore of the river Elbe and it is one of the nicest view from the Elbe Valley you can have it.

The Brühl’s Terrace is located north of the recently rebuilt Neumarkt Square and the Frauenkirche, is one of the favorite inner-city places of both locals and tourists for walking, watching the Elbe River and having a coffee.

I didn’t have the proper time to do this but you can visit the old Dresden Fortress Museum under the Brühl’s Terrace. Built as a ring of walls and surrounded by a water pit, the walls are thought to be the oldest Renaissance structures in the city. If you enter the museum, you are going to see the only surviving original gate from Dresden, dating from more than 400 years ago.

So many names for just one place: Dresden Cathedral, the Cathedral of the Holy Trinity, previously the Catholic Church of the Royal Court of Saxony, called in German Katholische Hofkirche and since 1980 also known as Kathedrale Sanctissimae Trinitatis, is the Roman Catholic Cathedral of Dresden.

Always the most important Catholic church of the city, it was elevated to the status of the cathedral of the Roman Catholic Diocese of Dresden-Meissen in 1964. It is located near the Elbe River in the historic center of Dresden, Germany. The Hofkirche stands as one of Dresden’s foremost landmarks.

From outside, you can see that the Dresden Cathedral is one of the most beautiful buildings in the city. Just take a look at all the details on the pictures below and you can imagine how beautiful the place is in real life.

We didn’t have time to enter there, but I’ve heard that they have a pretty cool and interesting crypt inside. Next time I’m in Dresden, I’m sure gonna visit this. 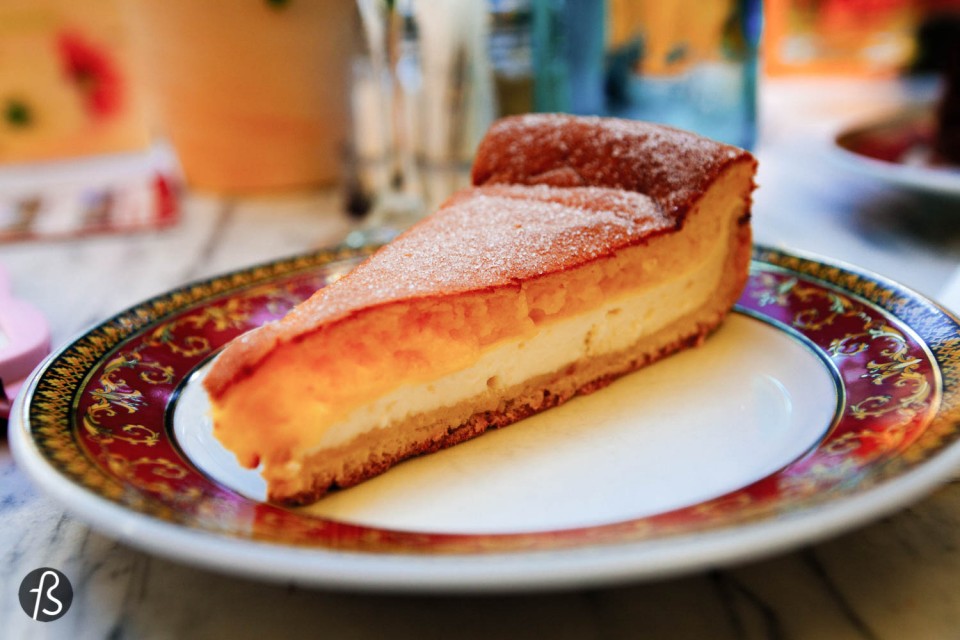 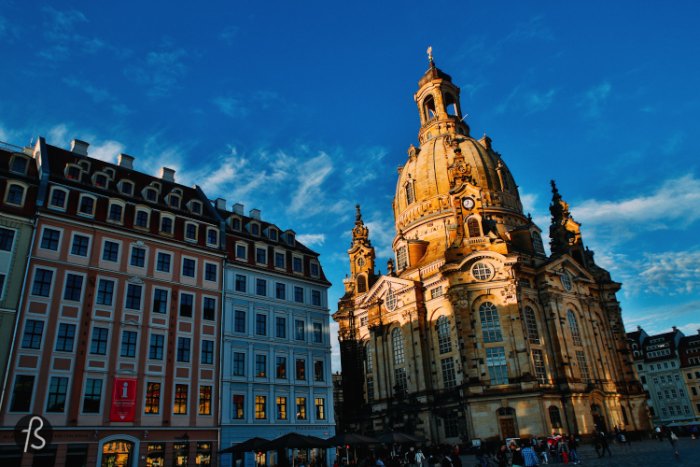 What to do in Dresden: Visiting the Frauenkirche 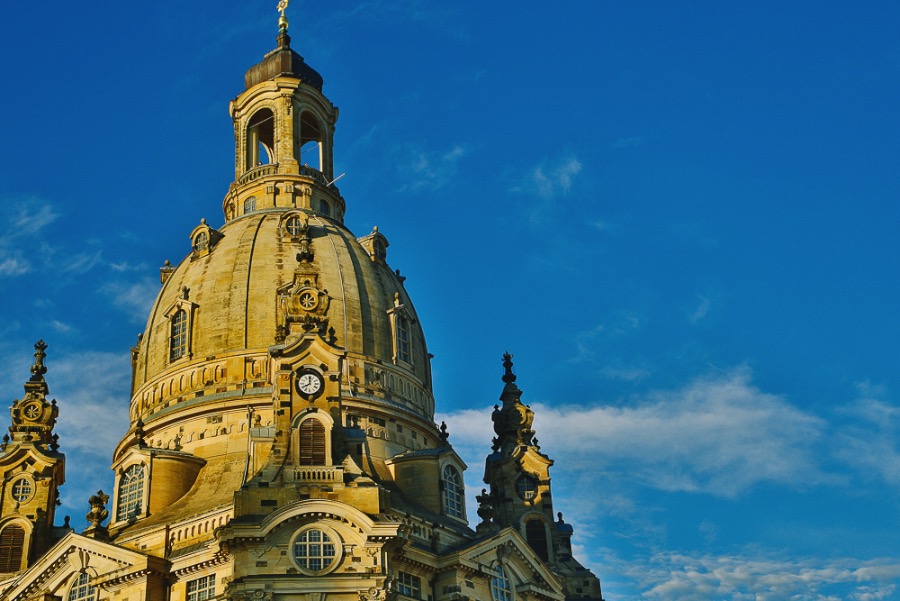 Where to eat in Dresden