A visit to the Königsberg Cathedral in Kaliningrad
;

One of the most important sights in Kaliningrad is Immanuel Kant’s Tomb, the most important citizen of Königsberg. The philosopher never left his hometown and everywhere you walk around in the city, you’ll see tourist souvenirs mentioning his importance to the area.

When I was growing up, Kaliningrad was this small piece of Russia in Europe that didn’t make any sense inside my head. The first piece of information I had about the area’s history was when I tried to read the Critique of Pure Reason by Immanuel Kant. This was the first thing I learned about Kaliningrad and Königsberg, and this is why I had to visit his tomb at the Königsberg Cathedral.

Immanuel Kant used to teach at the Universitas Albertina and, at the end of the 16th century, the university bought a spot near the north wall of the Königsberg Cathedral. The idea was the establish a place for its professors to be buried in. But nobody imagined that one of these tombs would eventually save the Cathedral at the end of the Second World War. But I have to explain somethings before I go talk about it.

When Immanuel Kant died in February 1804, he was buried with all the honors inside the Königsberg Cathedral. In 1880, a small chapel was built between the Albertina University, where he taught, and the Cathedral. His remains where moved there so he could be closer to what he loved so much.

As the years went by, the state of the chapel declined, and there were plans to replace it with a mausoleum. The mausoleum was constructed by the architect Friedrich Lahrs and was finished in 1924, just in time to celebrate the bicentenary of Kant’s birth.

The tomb and mausoleum are some of the few elements of the Königsberg that were preserved by the Soviets after the annexation of the city after the Second World War. And it even became a tradition for newlyweds to bring flowers to the mausoleum. 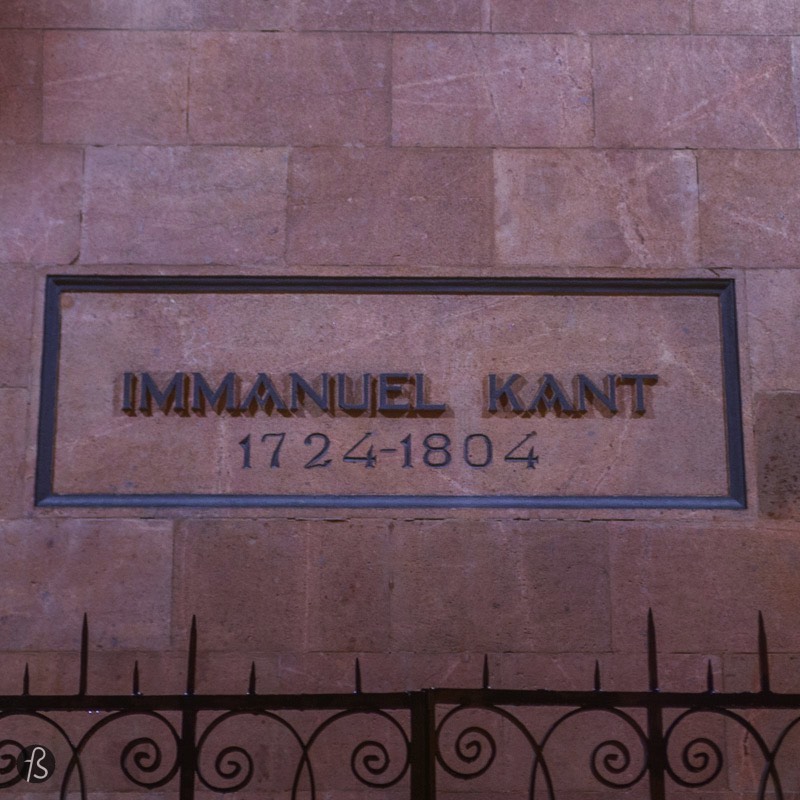 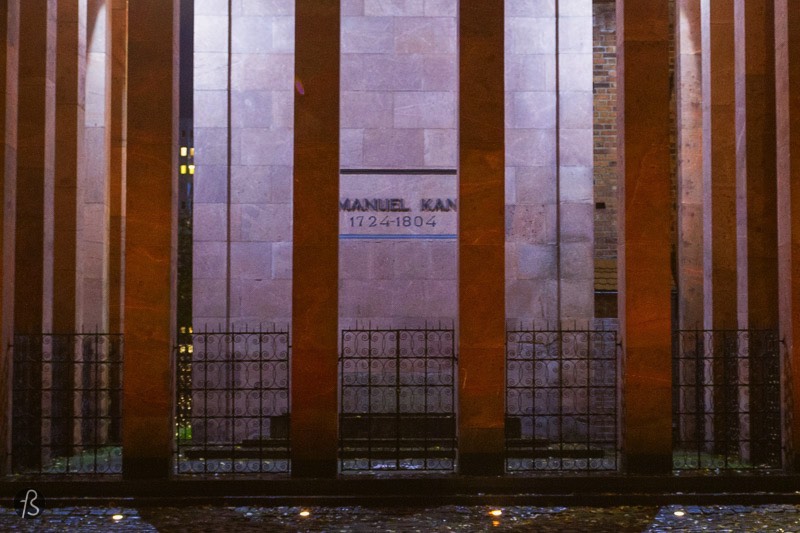 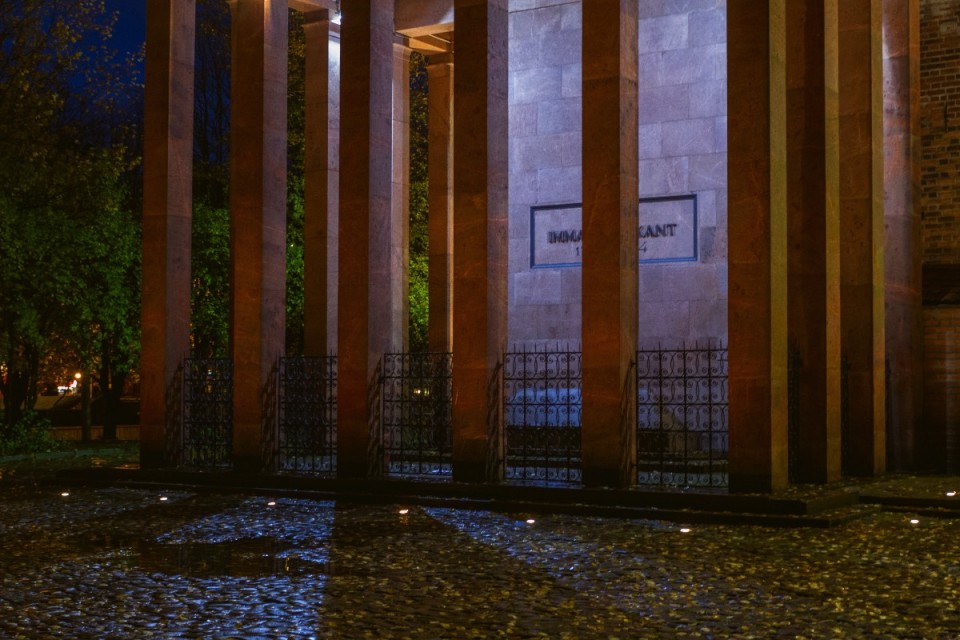 Immanuel Kant is one of the founders of German philosophy, and he used to teach and give lectures and the Albertina University. There he taught mathematics, mechanics, natural science, logic, ethics, metaphysics, and geography. During the time that he was there, he wrote several books on topics that range from ethics and metaphysics to religion and political philosophy. One of these books is the Critique of Pure Reason, and it’s the reason why I learned about this place. Besides the books, classes and his mind, Kant was known for his discipline and pedantry. He never even left his hometown of Königsberg!

Due to his books, Kant had some admirers, and one of them was Vladimir Lenin who considered him as a forerunner of Friedrich Engels and Karl Marx. Kant’s most famous book, Critique of Pure Reason, was mandatory in the universities of USSR. This is why most people believe that, if it weren’t for Kant’s tomb, the Königsberg Cathedral wouldn’t be still standing today. Immanuel Kant saved the cathedral from its removal by the Soviets without even knowing. 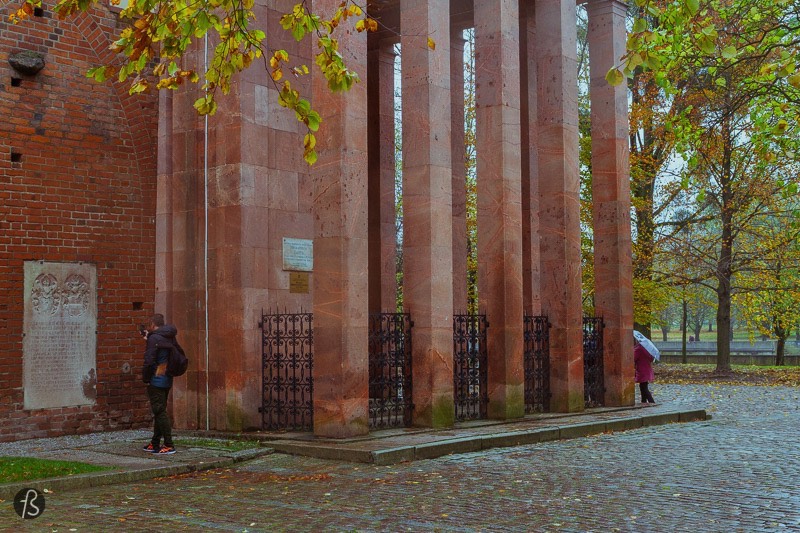 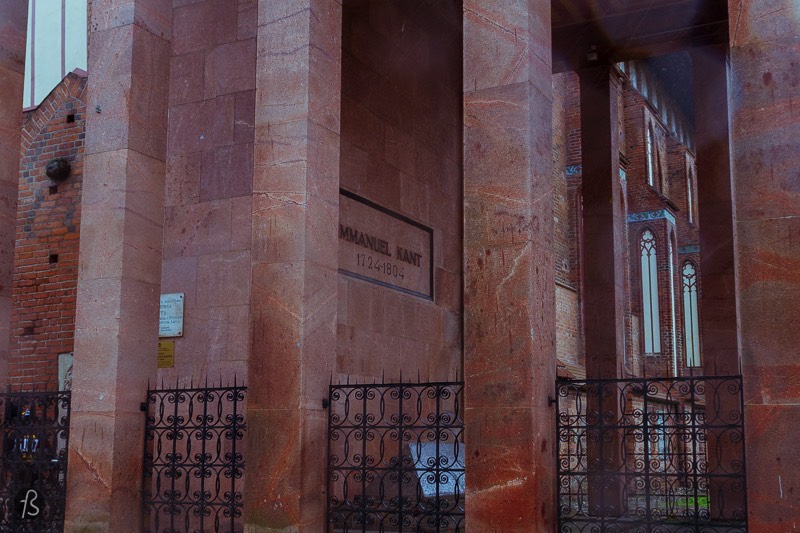 Today, Kant’s tomb is one of the central tourist spots in Kaliningrad and everyone I interacted with there asked me if I visited it. It seems like Kant’s is the most substantial connection that people have with the city past. Most of the tourist souvenirs in Kaliningrad are related to Kant, and it felt odd to see so much crap selling the name of a philosopher that, probably, wouldn’t like any of it.

Kant’s tomb is located in the northeast corner of the Königsberg Cathedral. It’s quite easy to spot it and, since you’re there, don’t forget to go inside the cathedral where you can learn more about the Königsberg history and Kant. Just be aware that most of the text inside it is in Russian and German. 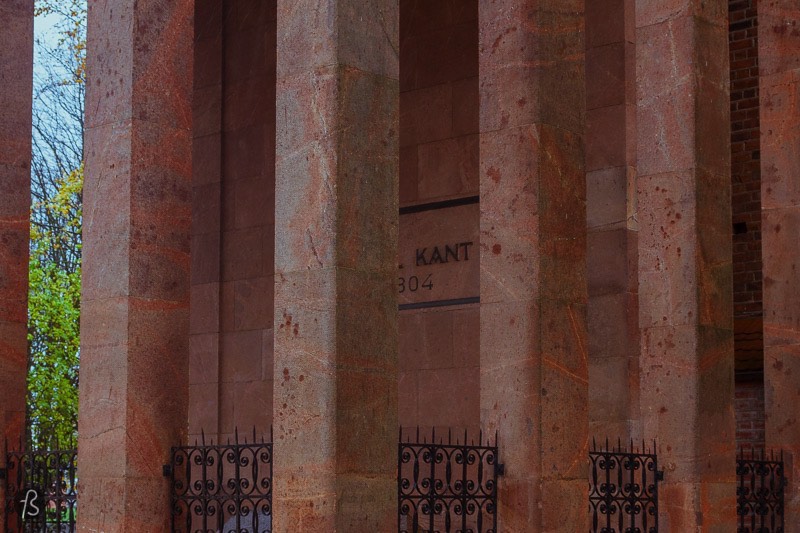 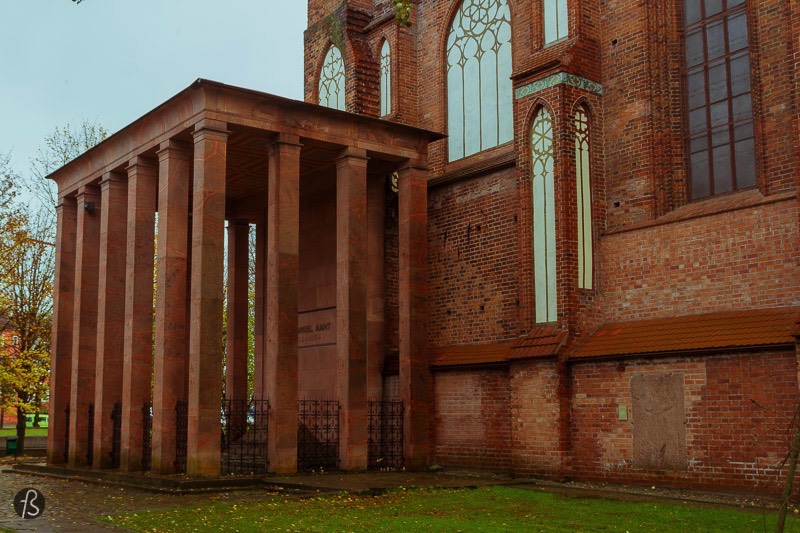 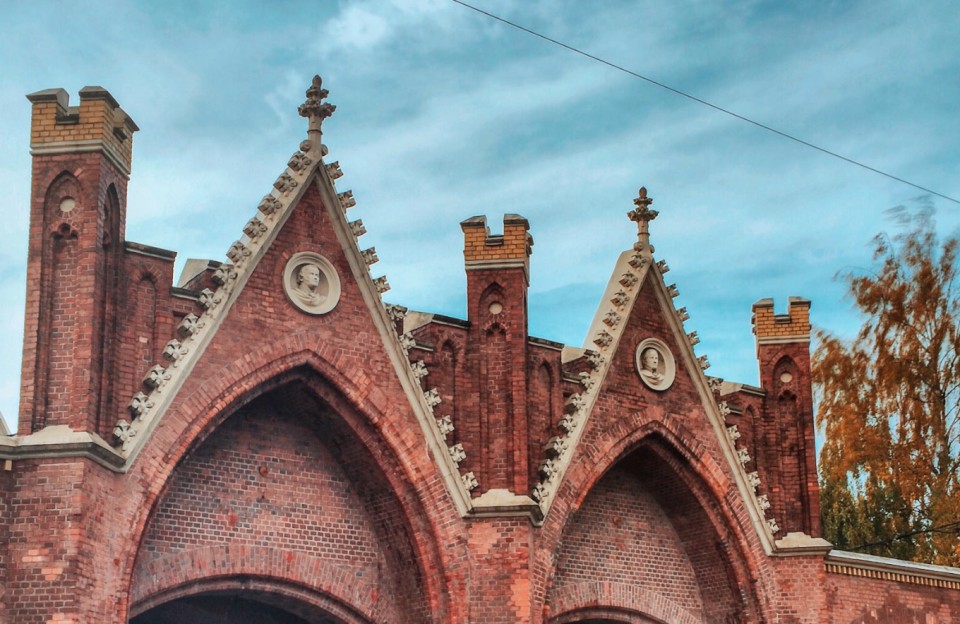 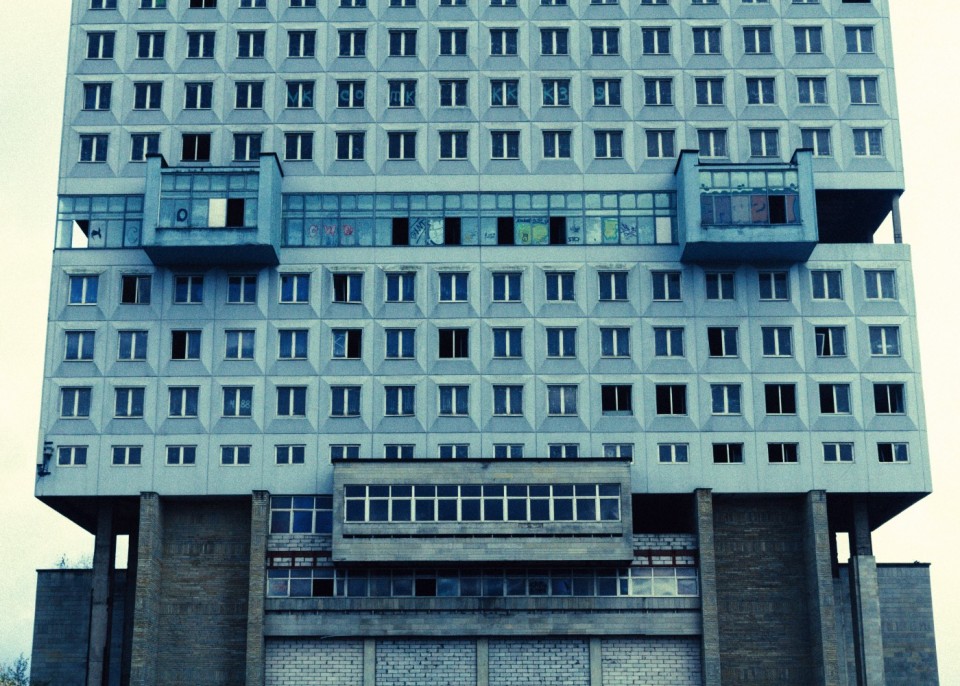 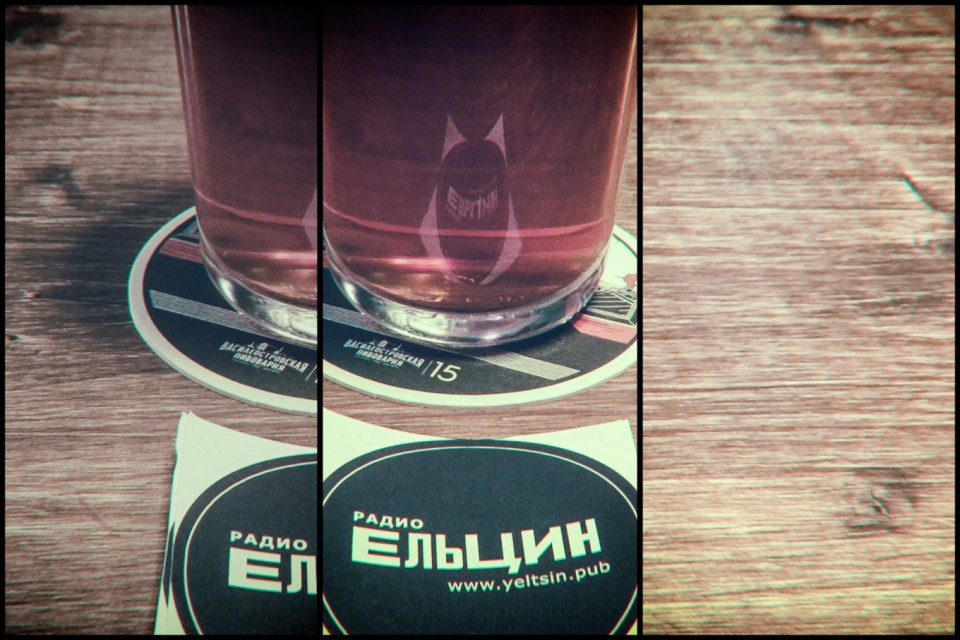 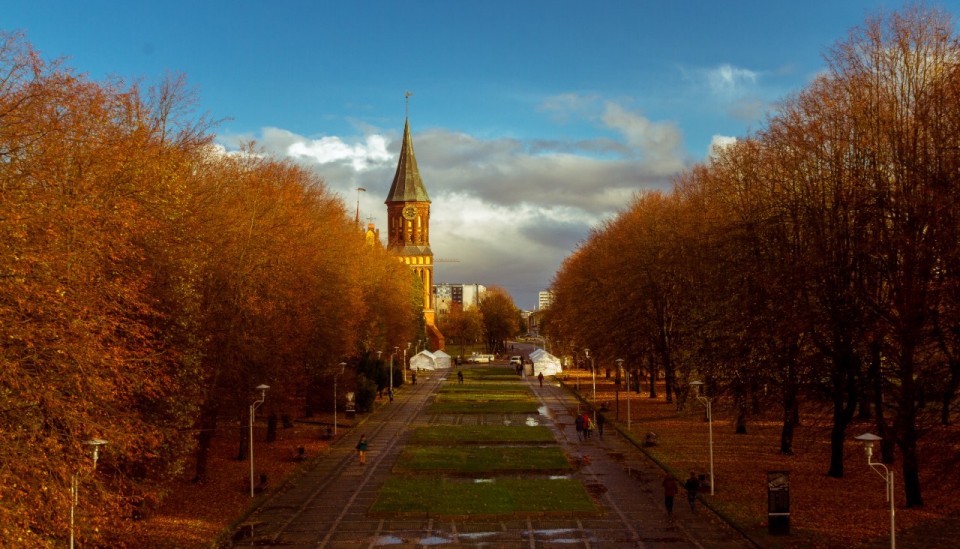