25 Years of the Fall of the Berlin Wall

And, the first time we read about it, we knew we would be there to take pictures of it. But we knew it wouldn’t be that easy.

The big problem we faced was that Marcela was going to the Philippines and, since she is the photographer in charge, I had to learn how to use a proper camera in a few days. Since it is impossible to replace her in such a short amount of time, I did my best and I hope my best is good enough.

Since I work really close to Checkpoint Charlie, I saw the balloon wall being built during the week. Friday was a day for final touches and tests and it was really cool to walk around during lunchtime and see how everything was working out great. Now, I just needed to finish my work day and go follow this new Berlin Wall.

My plan was simple. All I wanted was to go to Bornholmer Strasse, where the first East German gates were open, and follow the balloon wall until somewhere in Kreuzberg. This means that, on the first day, I would have seen half of the new Berlin Wall and I could use the rest of the weekend to take care of the rest. Sounds nice right? It wasn’t.

I took my bike all the way to Bornholmer Strasse and, around 20:00, I am there together with a lot more people than expected. A lot more. My mistake was that I miscalculated how many people would be interested in seeing the Lichtgrenze. Stupid rookie mistake, I know.

There I am on my bike and with a camera that i barely used before, trying to snap night shots of moving light filled balloons surrounded by lots of people. All I can say is that, for every picture you see on this post, there is, at least 100 hundred pictures that looked blurry, dark or both.

Despite that problem, it was beautiful to see the Berlin Wall back up in such beautiful way. Walking along it was a special moment for me and for a lot of the people that I saw around me.

When I reached the Mauer Memorial next to Nordbahnhof S-Bahn, I could see how the real Berlin Wall looked like close to the balloon wall. Following it through the Park am Nordbahnhof and the area around Südpanke thought me where the wall used to go and when I got close to the Reichstag, I realized how big this celebration really was.

At the Reichstag I realized that most of the pictures I was taking would be exactly the same as everybody else. So, why should I waste my time biking in the cold night along lots and lots of people just to take pictures that looked exactly like everyone else’s? I needed a plan.

I had an idea a few days before the Lichtgrenze went up that I should go take pictures of these balloons before dawn. Before the crowd of people and tourist come to ruin my pictures. Before the daylight comes and the balloons start looking like regular balloons. I called my friend Ronaldo and we schedule to meet at 04:30 next to the Oberbaumbrücke.

It wasn’t that hard to wake up at four in the morning since I was really excited to take pictures. We met at the Oberbaumbrücke and started walking around an empty East Side Gallery. The bridge itself didn’t look that good so our focus was on the former death strip and the Berlin Wall next to the Spree.

From there, we biked alone the Lichtgrenze like crazy japanese tourists and took pictures of everything. As the sun started to rise, we reached an empty Checkpoint Charlie and, from there, we went all the way to Potsdamer Platz. When we reached the Reichstag, the sunrise was making everything look so much better than expected that we ended up taking way more pictures than necessary.

It was a really cool experience to be able to be among the buildings close to the Reichstag, watching the sunrise and taking pictures of this Berlin Wall made out of balloons. Some people were doing their morning runs and we were there just enjoying this beautiful moment.

It was already seven in the morning when we got our bikes back to Friedrichshain through Kreuzberg. On the way back, we had to cycle through an empty field on Alte Jakobstraße and, there, I manage to take my favourite Lichtgrenze pictures. The sun was rising and I could see it coming through the white balloons and it just looked magical, in a way. From there, we went to have a well deserved breakfast.

Sunday, November 9th – 25 Years of the Fall of the Berlin Wall

It wasn’t easy to decide where should I watch the balloons being released. I imagine that everything would be crowded at the Brandenburg Tor. Mauerpark would be crowded as well. Maybe, I should just go to Viktoriapark and watch the light balloons from the top. This idea stuck in my head for a while until I realized that, once you release the balloons, there is no light anymore. Keep this in mind.

Finally, I decided to join some friends at the Schillingbrücke, from where we could see the East Side Gallery and the Spree. When we got there, it was cold and crowded. The white balloons almost looked the same colour as the grey night sky. And we knew it wouldn’t be as great as we had in mind.

From what I saw on TV, the celebration was great at the Brandenburg Tor. It looked beautiful at Checkpoint Charlie and the Mauerpark. Too bad we were not at any of those places because, for us, it was just boring. But I really didn’t know what I was expecting. We all knew it was just a balloon release moment but everybody was expecting more. You could feel it in the cold air.

It took a long time for the balloons to be released and there was no sign or anything else that could tell us when the balloons would start flying. There we were in the cold, looking at the Spree and the East Side Gallery with no idea of what was going to happen. If anything would happen.

After the longest half an hour of my life, we heard some noise coming from Engeldamm and we knew it was time. We couldn’t see anything from where we were but the balloons were being released into the night sky.

One by one they went into the night. I couldn’t see well enough to tell you how it was. But I can say that it was disappointing to see such a cool idea turning out like that. I believe I wasn’t the only one feeling disappointed there. Most of the people around me looked like they expected more. All I could think was how cool this will look on TV and how most people will never have this disappointing experience I had with some strangers on a sunday night. I needed to go home and this is what I did.
This was the Lichtgrenze for me. I can say to my friends and family that I was here in Berlin when the world celebrated 25 Years of the Fall of the Berlin Wall. It wasn’t always great but it will be a weekend that I will never forget. I am pretty sure about it. 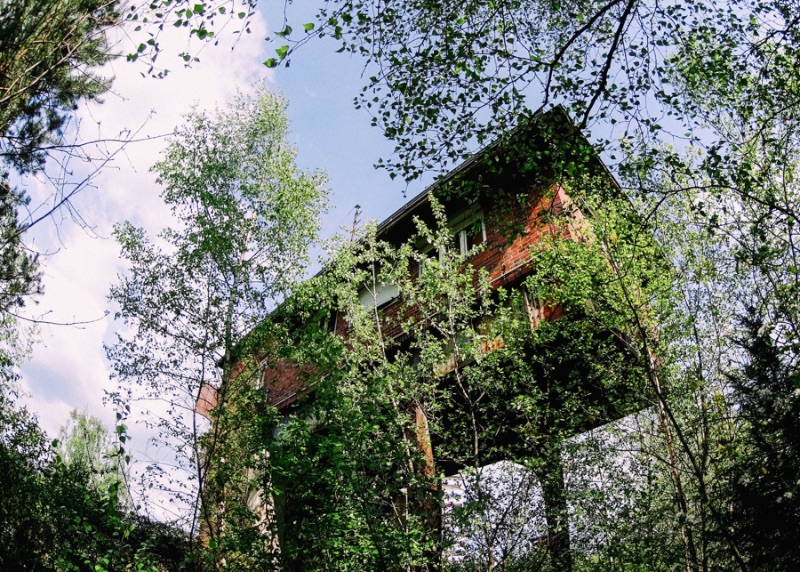 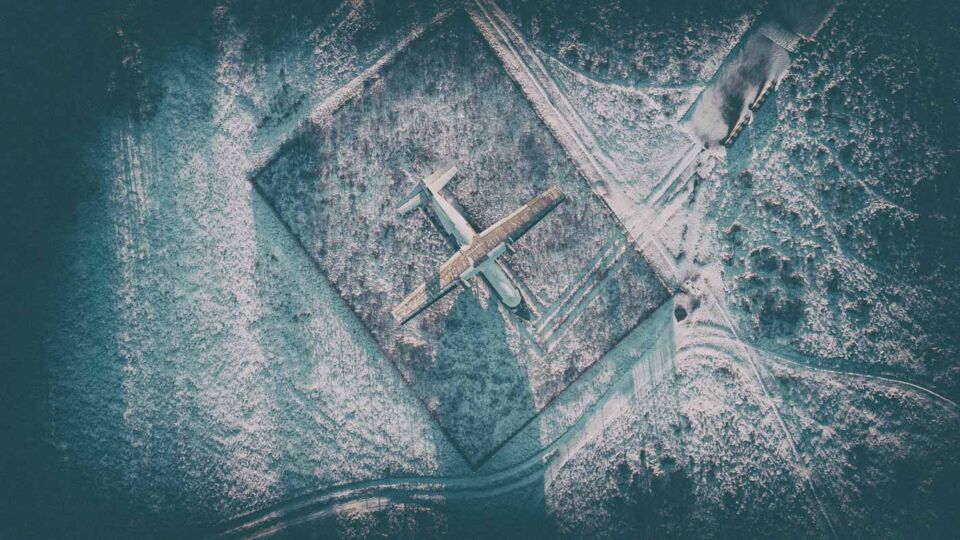 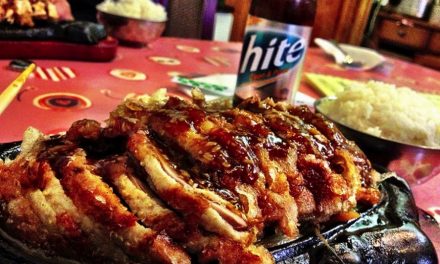 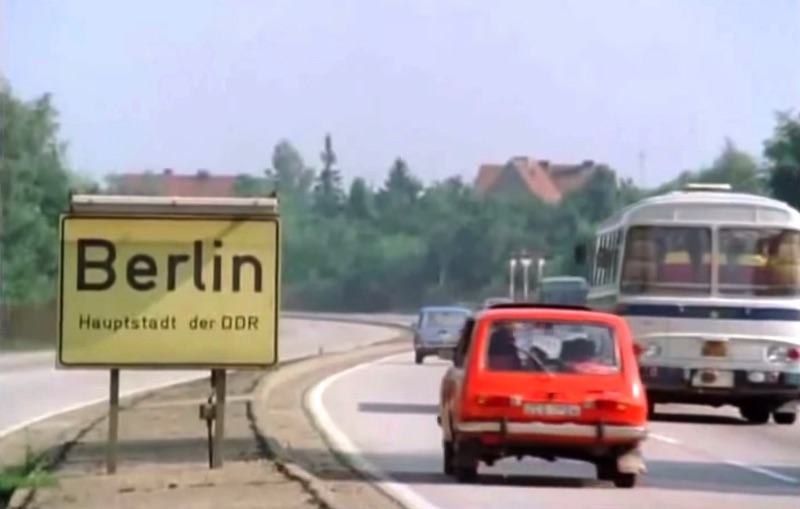