A Visit to the Maarjamäe Memorial Complex in Estonia

One of the many Tenet locations in Tallinn
;

Overlooking the bay in Tallinn, this is where you will find the Maarjamäe Memorial Complex. This ensemble of memorials dates from Soviet times, back in the 1970s, and it’s easy to spot from the city centre because of its sizeable concrete obelisk dedicated to the Defenders of the Soviet Union.

The Maarjamäe Memorial Complex can be split into the Estonian History Museum, a Second World War cemetery and the Soviet Memorial. However, we will focus here on the Soviet part since it’s the most visually interesting and spent the most time visiting it.

We were in Tallinn during the Winter of 2017. The last place we visited in town was the Maarjamäe Memorial Complex. We were close by, looking for Soviet Statues behind the Estonian History Museum, when an obelisk in the distance caught our eyes.

Even though it wasn’t the best weather to explore outdoors, we took our cameras and went there since we didn’t know when we would be back in town.

From the Tallinn city centre, you can spot the central element of the Maarjamäe monument since its tall spire is easy to see from afar. This obelisk was the first memorial to be added to the complex. It stands in honour of the Soviet Baltic Fleet who defended the Soviet Union against Nazi Germany in 1941.

Around it, you can see some typical examples of Soviet-style monumentalism with some pieces of marble and concrete leading up to the sea with the Pirita road standing between it. It feels like a gateway, connecting the sea with the mountain where the memorial stands, and we can only imagine how gorgeous it used to be when it was finished.

There is an abstract metal sculpture suspended between two stone slabs that looks like something out of a video game in the middle of it. Epic in all the ways Soviet monuments can be. 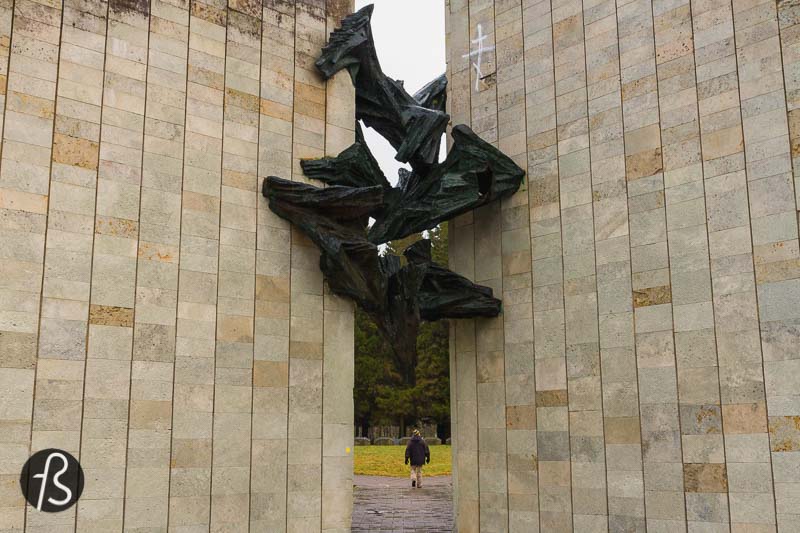 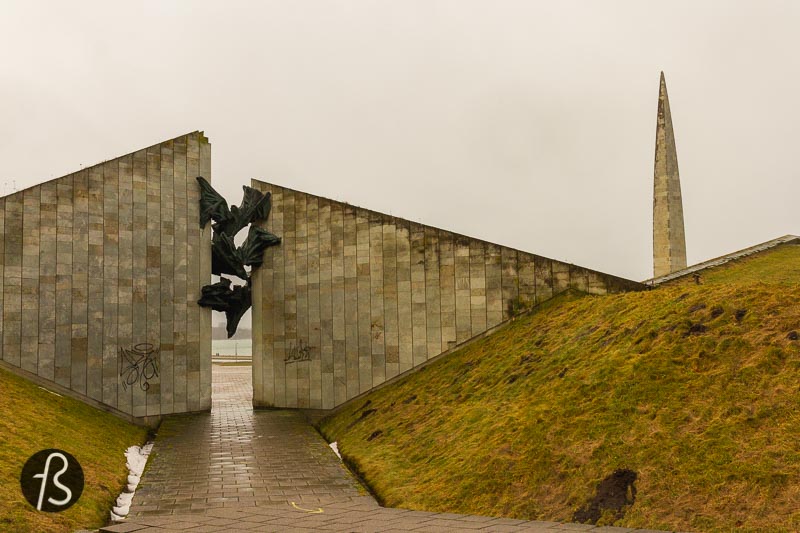 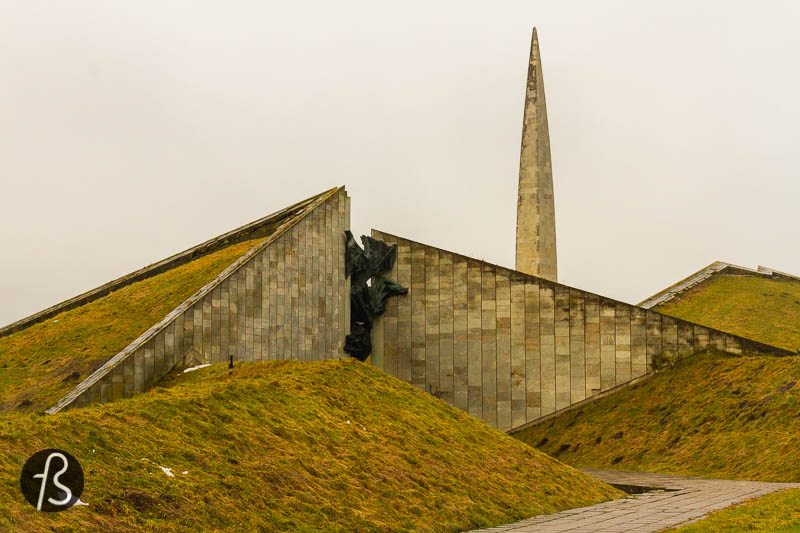 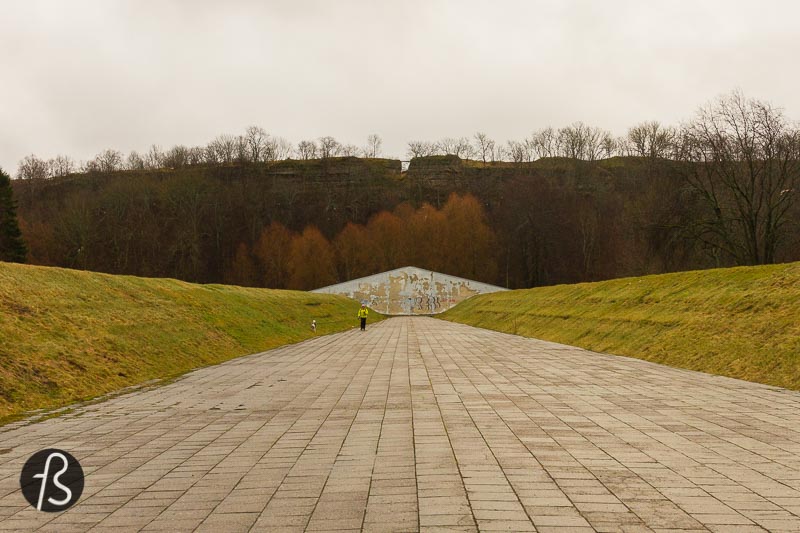 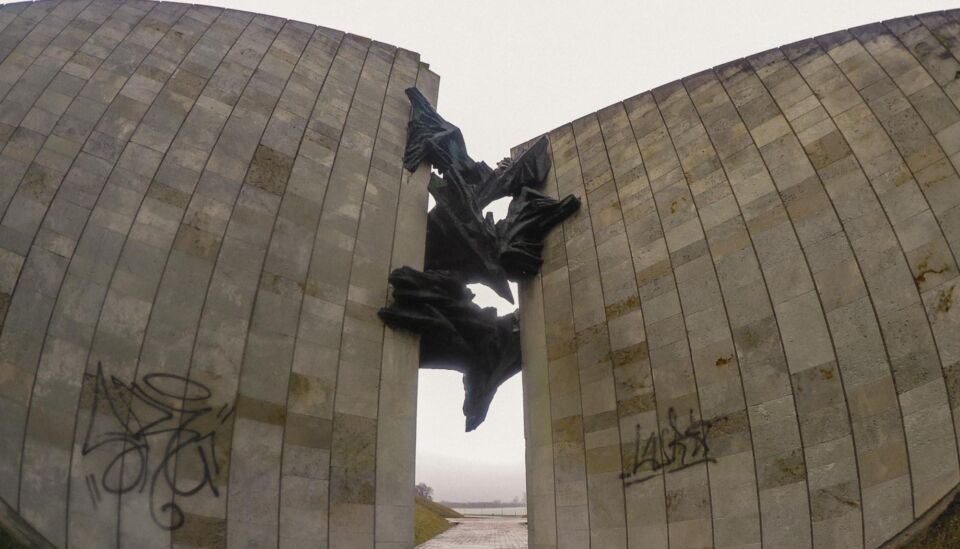 When you follow the pathway after the sculpture, you will see a cemetery to commemorate the Soviet soldiers who died defending Tallinn in the Second World War. If you walk a bit further, you will see something unusual to us. This is a German war cemetery of sorts, marked by concrete crosses. And according to the story we heard, it was bulldozed by the Soviets when they were building the Maarjamäe Memorial Complex back in the 1960s.

When we visited the Maarjamäe Memorial Complex, it was largely empty. It felt like one of the many abandoned buildings we have explored in the past. We learned that the complex was fenced off in the fall of 2020 since it became a public hazard. But the Tallinn City Government wants to take care of the place and asked the state to transfer a lot of land to them so the city can take care of it.

We look forward to seeing this since this historical place is beautiful and should be taken care of. 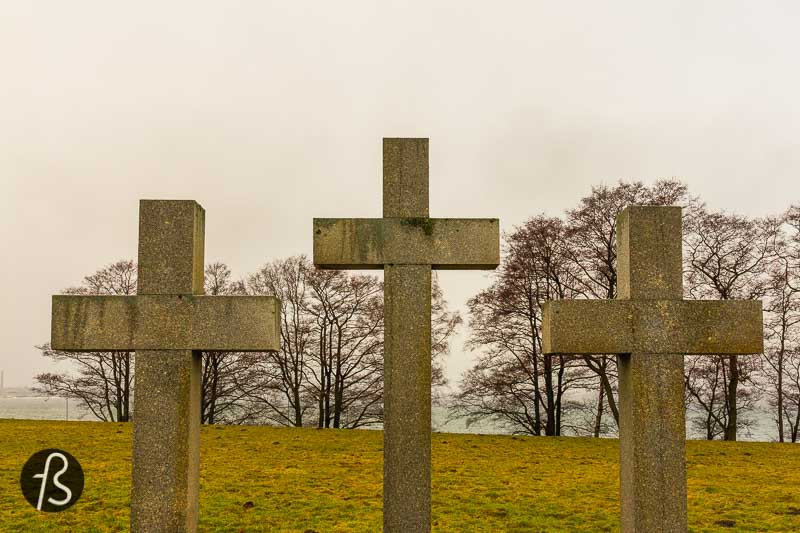 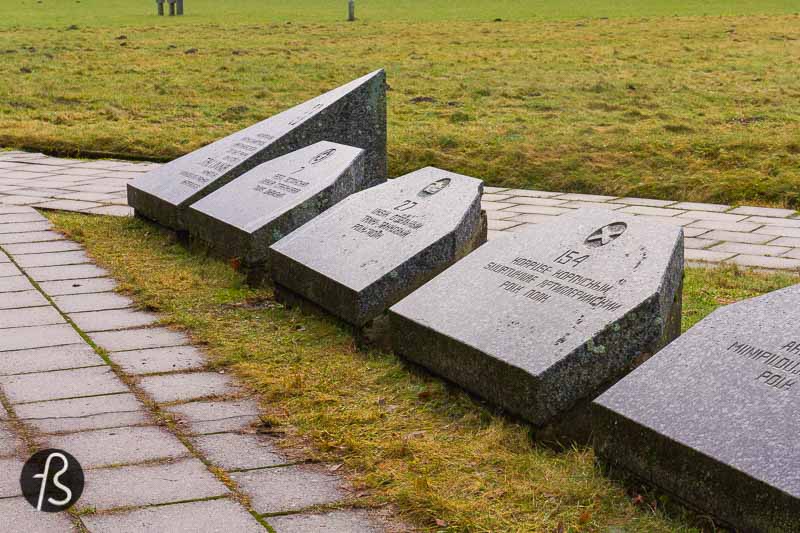 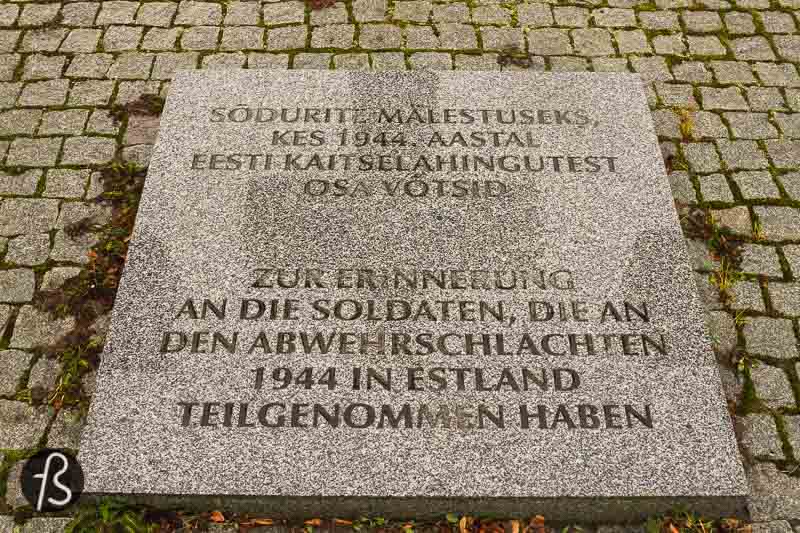 The Maarjamäe Memorial Complex in Tenet

If you have watched Christopher Nolan’s Tenet, you might know that many scenes in the movie were shot in Tallinn. For us, one of the most exciting locations in the Maarjamäe Memorial Complex serves as a backdrop for one of the cryptic discussions in the movie.

When we were watching the movie, there was a moment where something snapped with “We know this place!” and it felt like what happened to us when we watched Dark or Queen’s Gambit.

So, if you enjoyed Tenet and want to see an interesting looking Soviet Memorial that overlooks Tallinn bay, you know where to go. 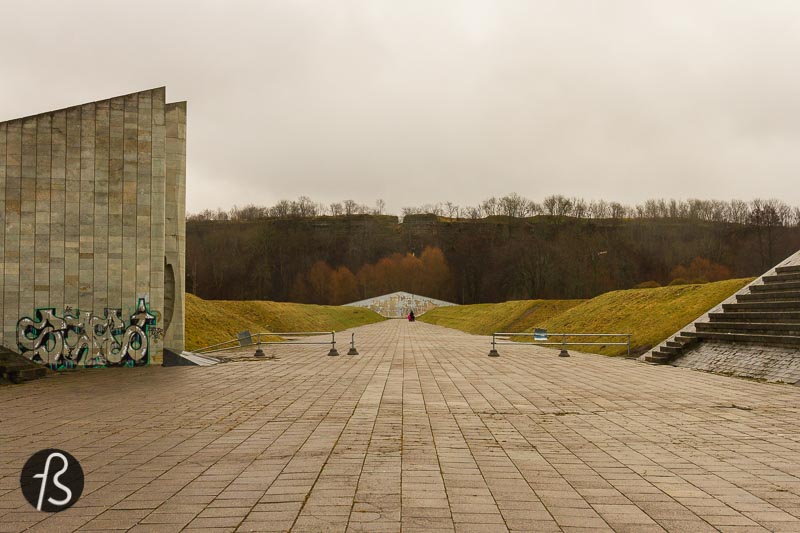 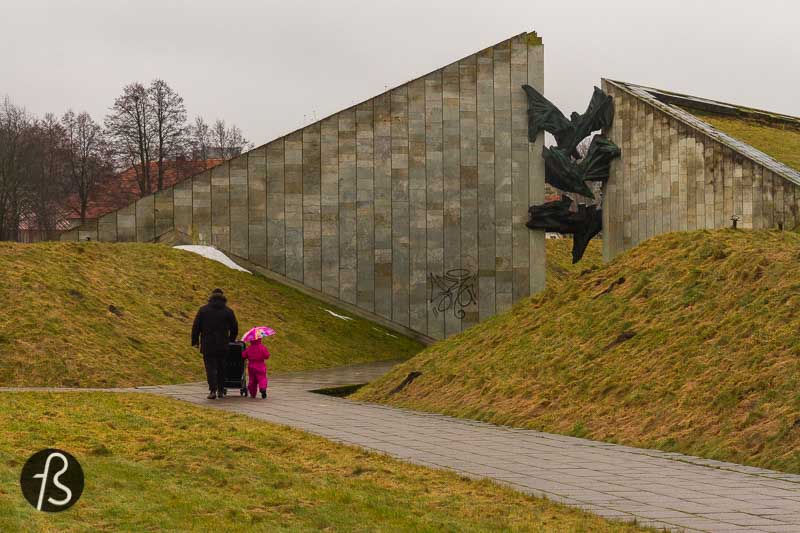 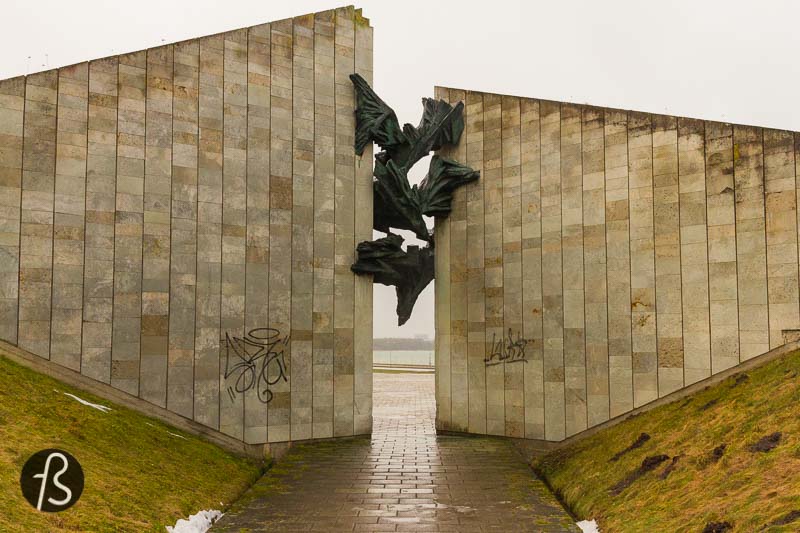 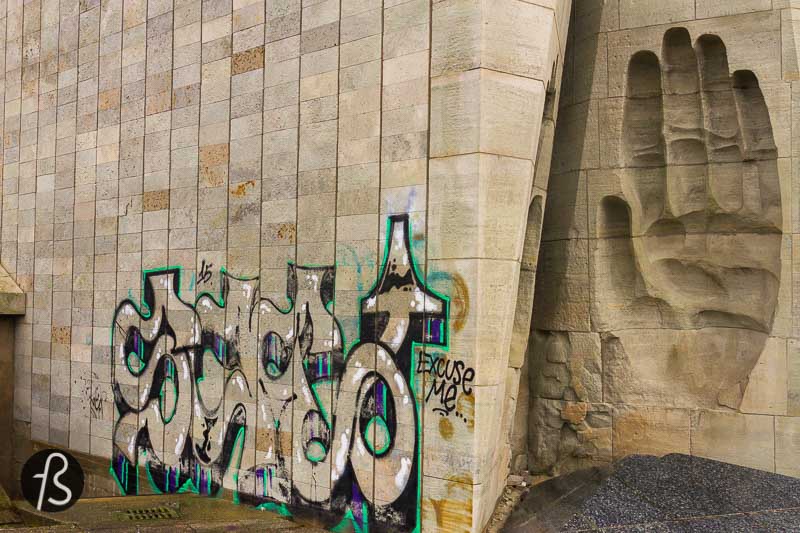 As we said before, we visited Tallinn in the winter of 2017, and we loved the time we spend there. We know we will be back to see what happened to the Soviet Statues we saw and to eat one of the best meals that the city has to offer. We hope it happens soon enough.

When you go to the Maarjamäe Memorial Complex, keep in mind that, close by is the Memorial to Estonia’s Victims of Communism opened to the public in 2018. So you can see two different types of memorials, one next to each other. 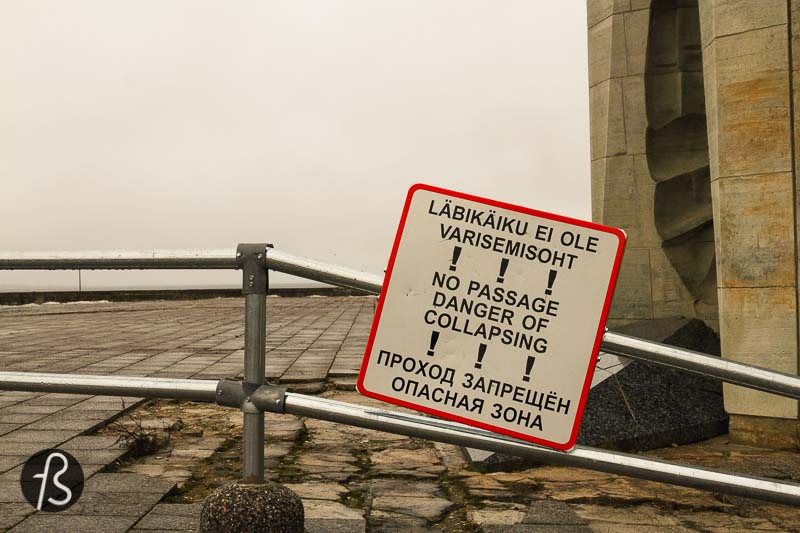 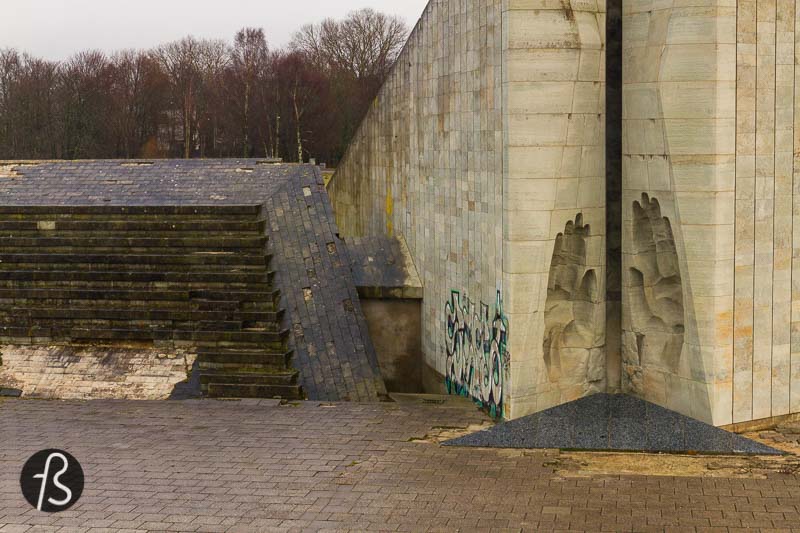 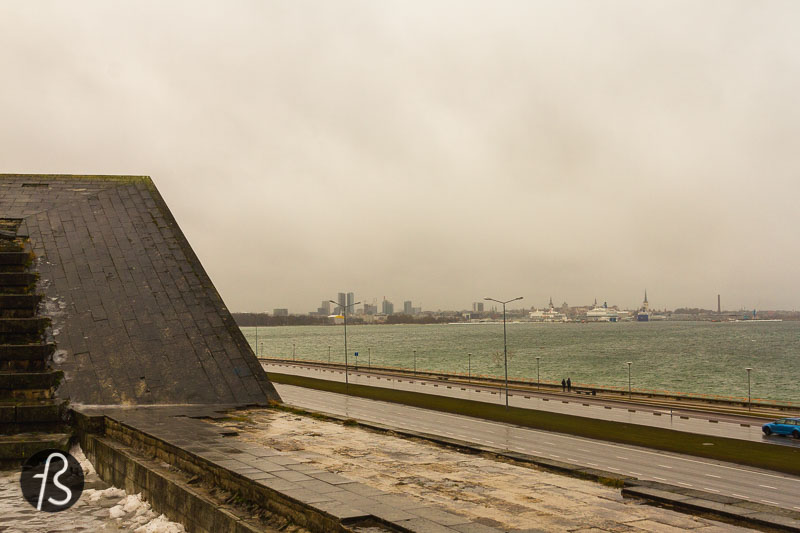 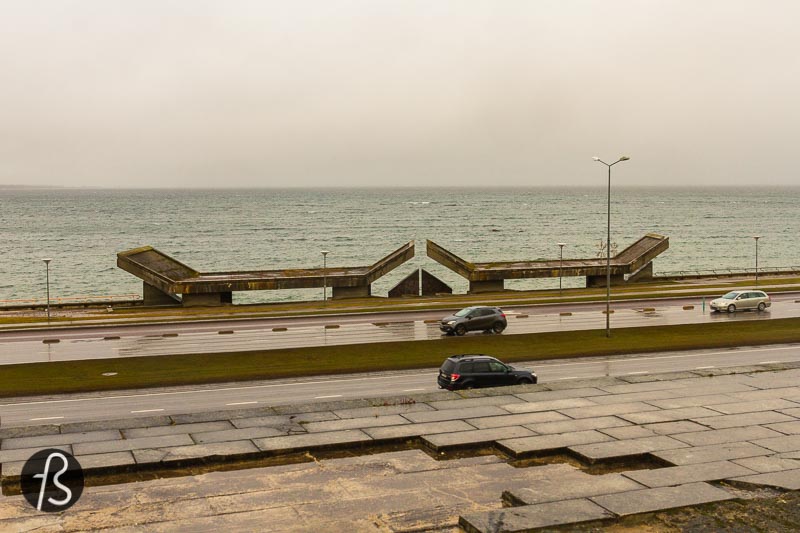 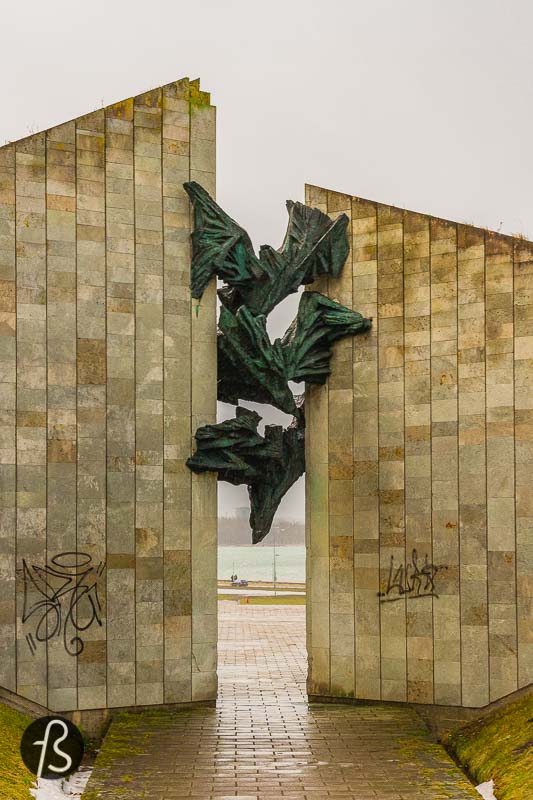 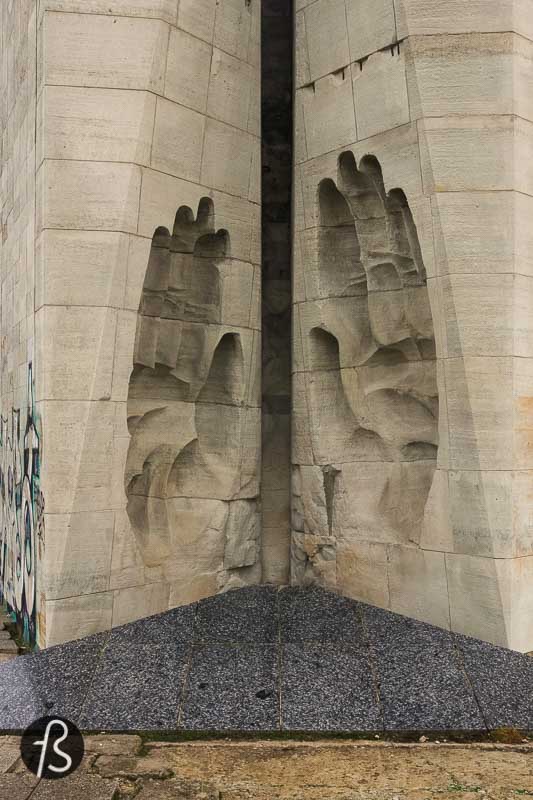 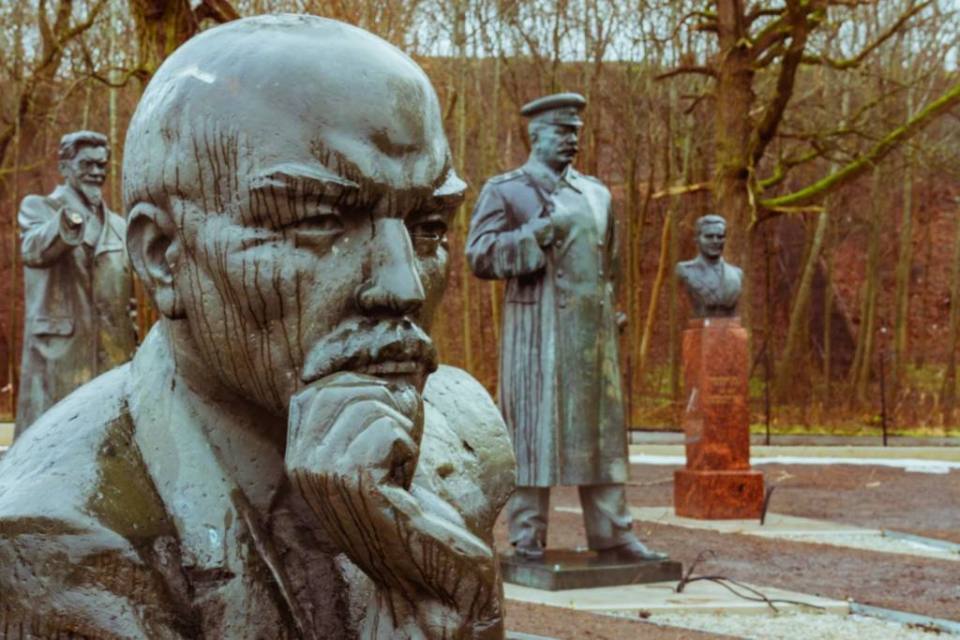 Our Visit to the Soviet Statue Graveyard in Tallinn 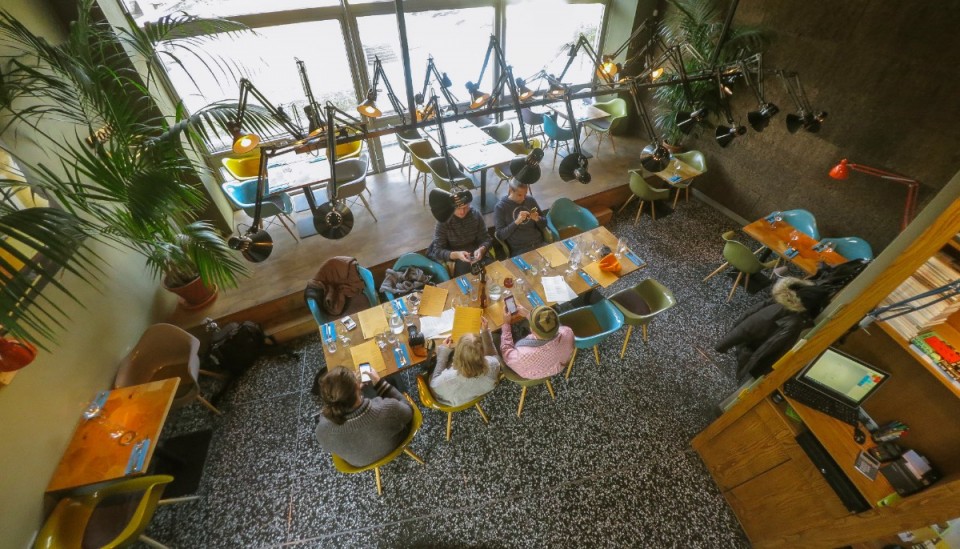