Exploring the communist past of the city
;

Marx and Engels Forum is a small public park in the heart of Berlin. Named after two of the most famous and influential German philosophers, Friedrich Engels and Karl Marx, authors of The Communist Manifesto. The statues found there used to have quite a significant location with the Palast der Republik, the German Democratic Republic’s parliament, on its back.

The park’s primary focus is Engels and Marx’s statues, surrounded by a relief showing some scenes of the history of communism in Germany. Today, the figures are somewhat hidden among the trees next to the Spree, and this happened due to some construction work on the U5 U-Bahn line, and the monument was moved to where it stands now. Hopefully, it will be placed in its original place in the future.

The Marx and Engels Forum is located on the eastern bank of the Spree river. Before the Second World War, this used to be the densely populated medieval quarter of Berlin. Some people liked to call Berlin-Altstadt, but this doesn’t exist anymore. The area was heavily bombed during the war, and most buildings were reduced to debris.

After the war, during the Soviet occupation, the ruins were cleared, but nothing was built in the area. When the Nikolaiviertel started being rebuilt, back in 1977, there were plans for a green space between Alexanderplatz and the seat of the government at Palast der Republik. This was when the Marx and Engels Forum started being sketched, and it was finished in 1986 when it was opened to the public. 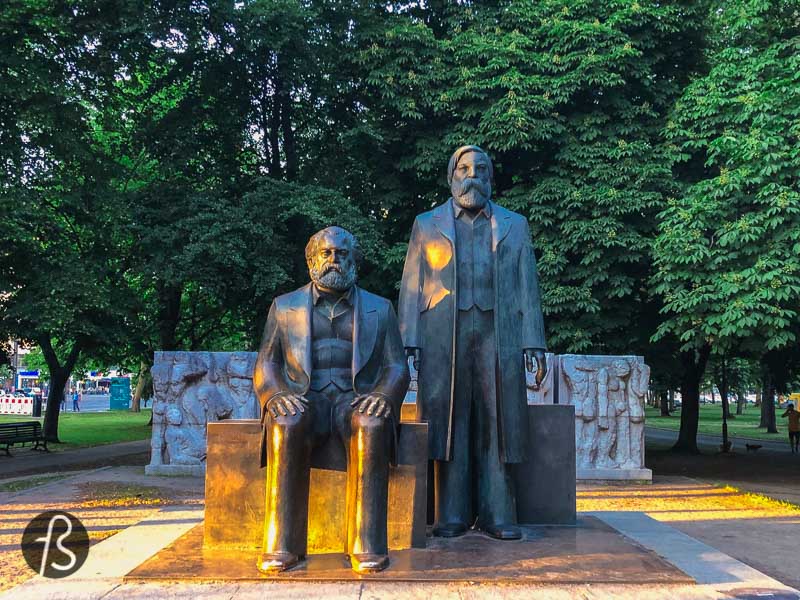 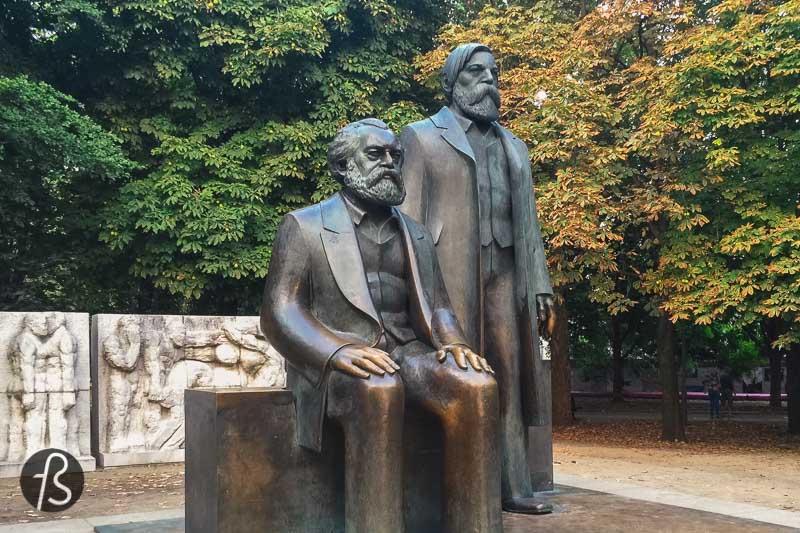 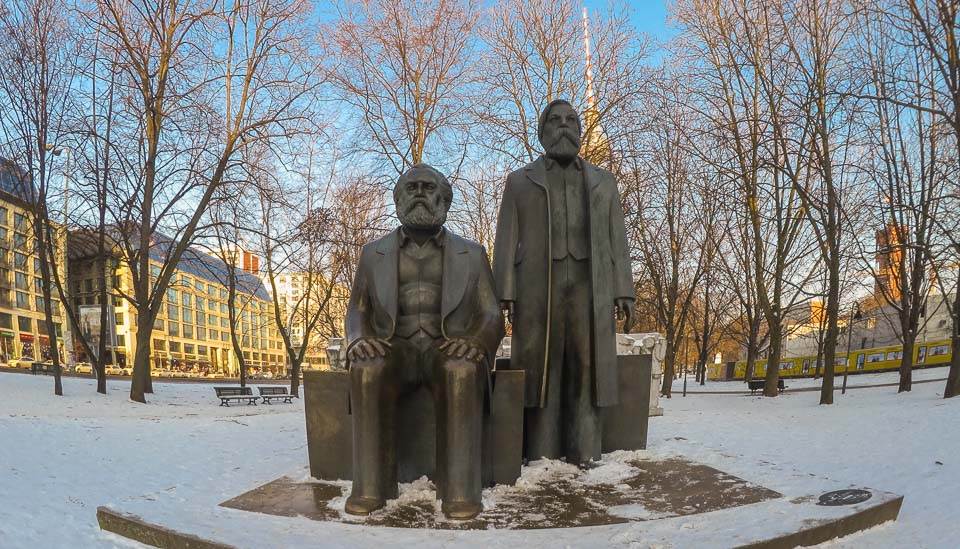 As it happens in former socialist countries, some people see these statues as a subject of controversy. Some feel like they shouldn’t stand in the middle of the city as they do and should be taken apart and place in a historical museum like it was done to Lenin’s head. But, now, they still stand. With a bit more glory than the statues we visited in Tallinn and in Budapest, at least.

Nowadays, the statues are a tourist attraction, and it’s standard o take a picture sitting on Karl Marx’s lap. Which is something that I never did, but I will be doing soon.

I lived in Berlin for a couple of years until I managed to find where these statues are located. I knew where they should be, but I was always walking on the wrong side of the road and never saw it until a friend of mine came over to Berlin and wanted to take a picture sitting on Karl Marx’s lap!

Marx and Engels Forum stands today between Alexanderplatz and Humboldt Forum im Berliner Schloss. It can be easily found across the Karl-Liebknecht-Strasse, next to the DDR Museum and the Berliner Dom. Or you can just check the map below. 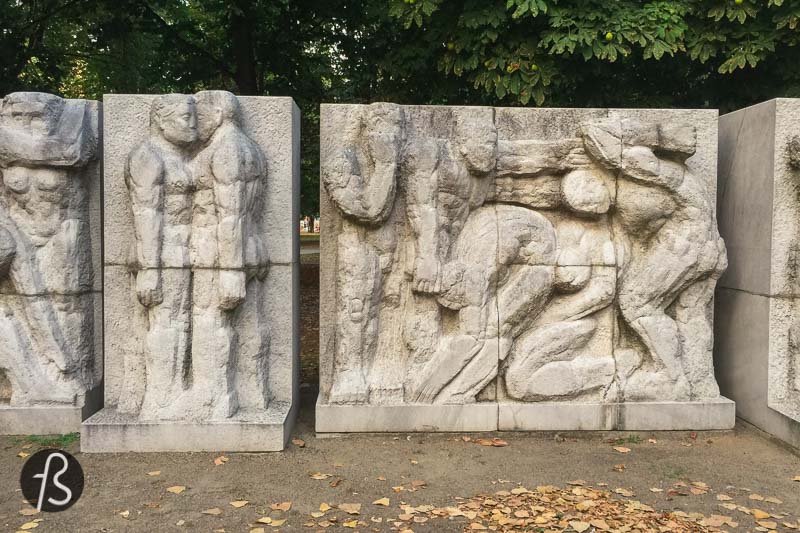 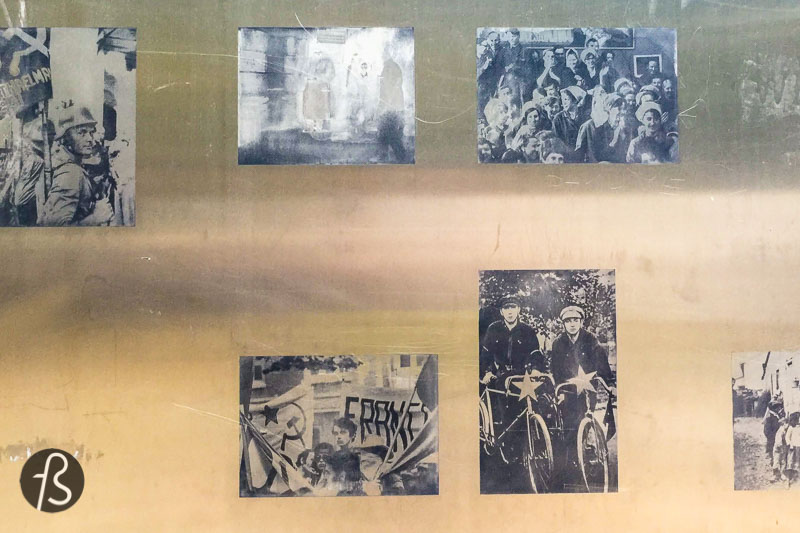 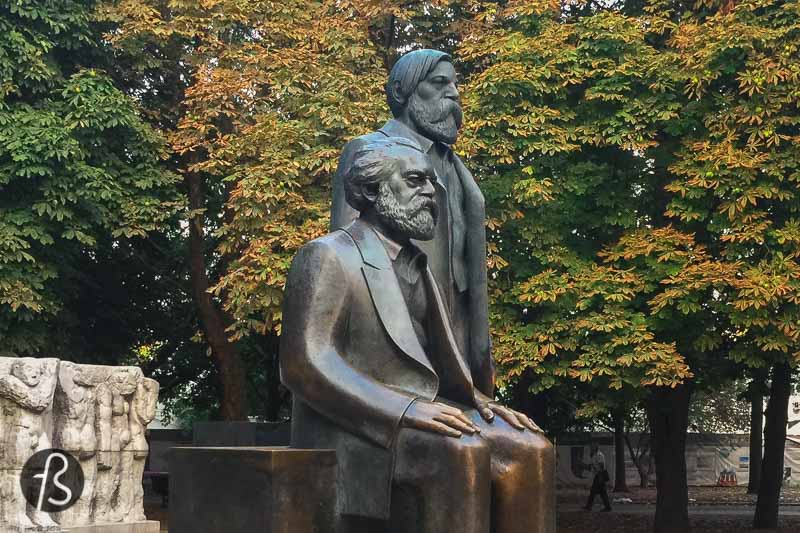 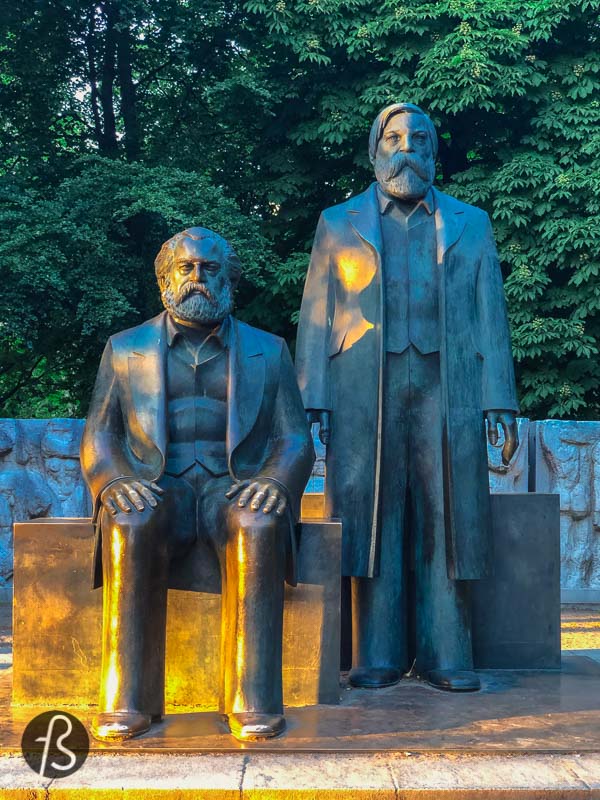 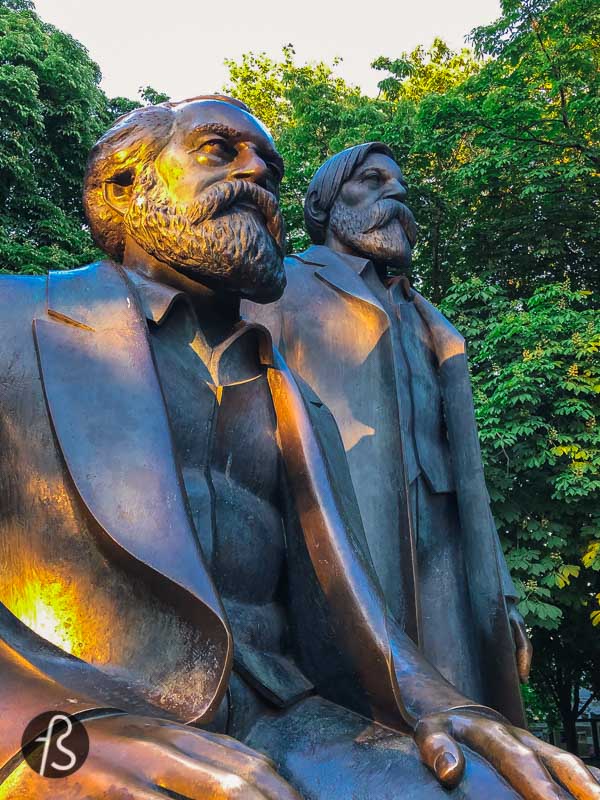 A Visit to the Marx and Engels Forum in Berlin

A Visit to the Marx and Engels Forum in Berlin 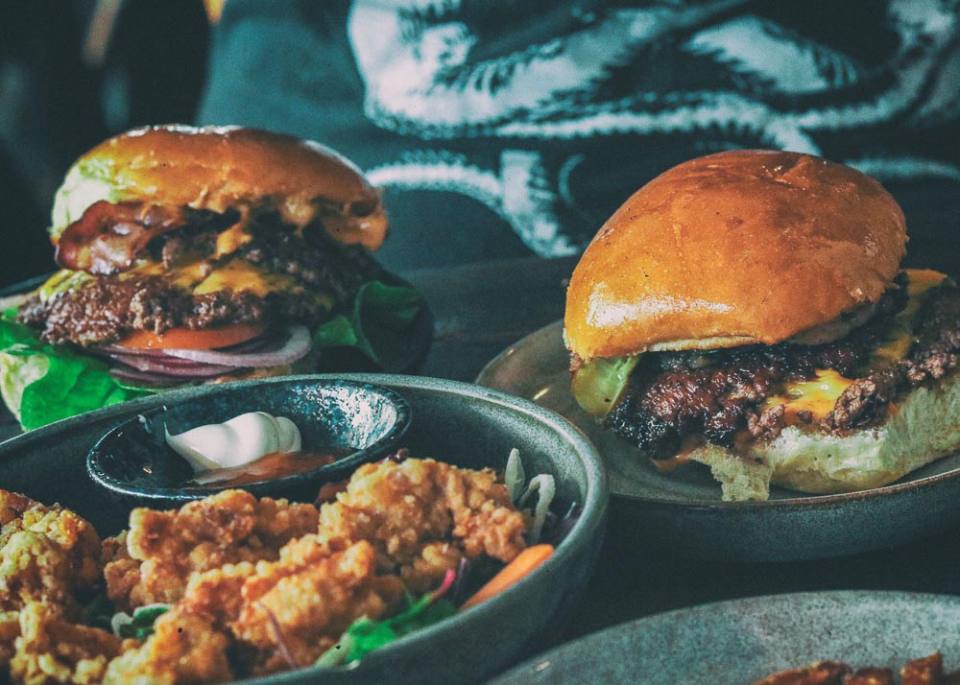 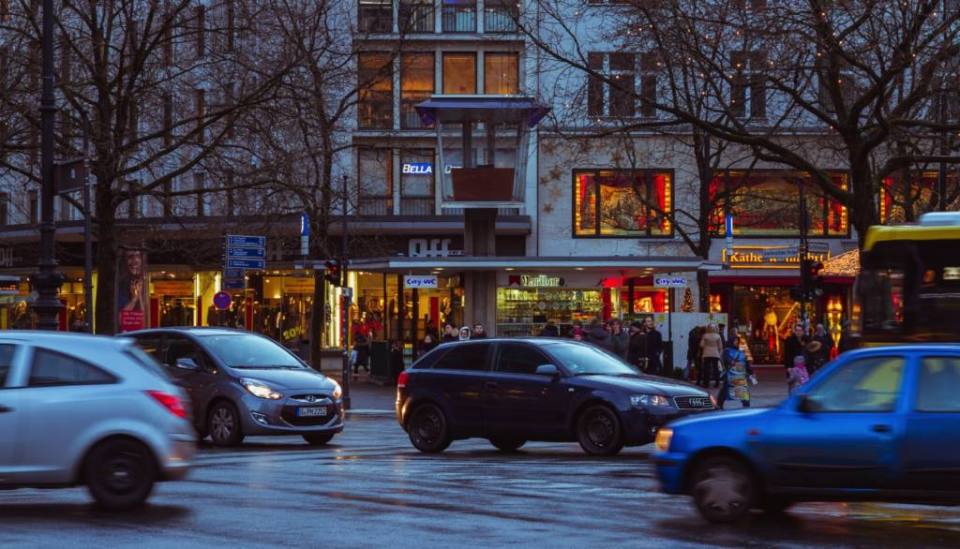 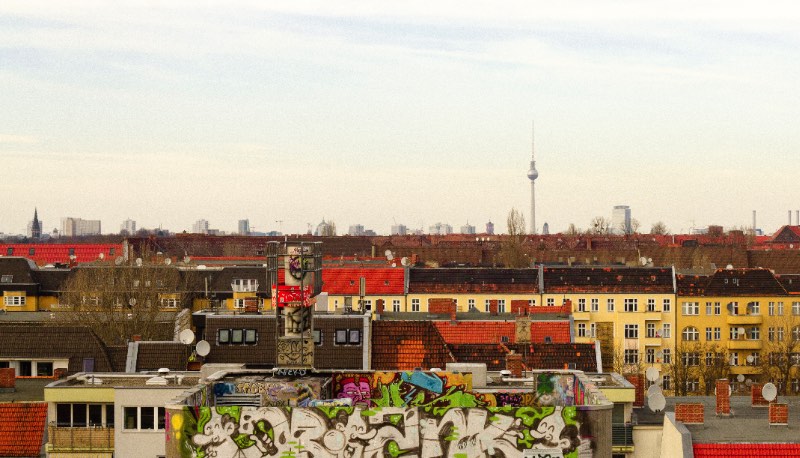 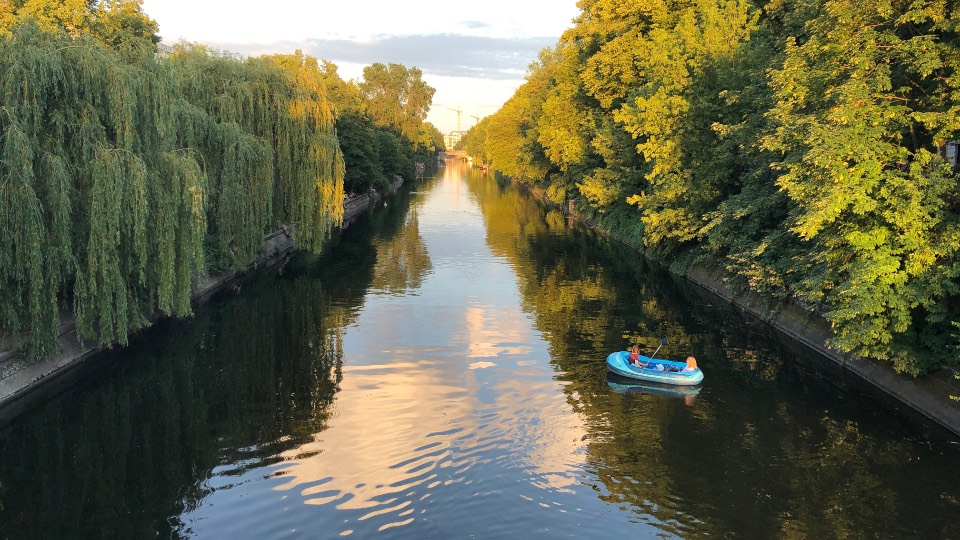