Just look down as you enter, the ruins are easy to spot
;
Athens is so unique that we cannot imagine any other city where you can find an ancient roman tomb inside a Zara store. We expected to stumble upon ruins in Athens since it’s a quintessential historical city. But not in a clothing store.
When we visited Athens in the summer of 2021, we spent a lot of time walking around its streets. We also took pictures of everything before we headed to the Greek islands on a cruise with Running on Waves. If you are interested in cruises and the islands in Greece, you should read what we wrote about it.


If you go to the Zara store on Stadiou Street, you can see the ruins of an ancient roman tomb from the first step you take inside. Just look down as you enter, and you will see the reinforced glass floor. From there, you’ll have a unique perspective of these ruins.

Everything is on full display for shoppers and visitors alike. But the tomb is separated from the retail area by a glass wall structure so you can explore the area, take all your pictures and leave the shopping for another moment.

And the story behind this archeological find gets more interesting the more you research the topic. 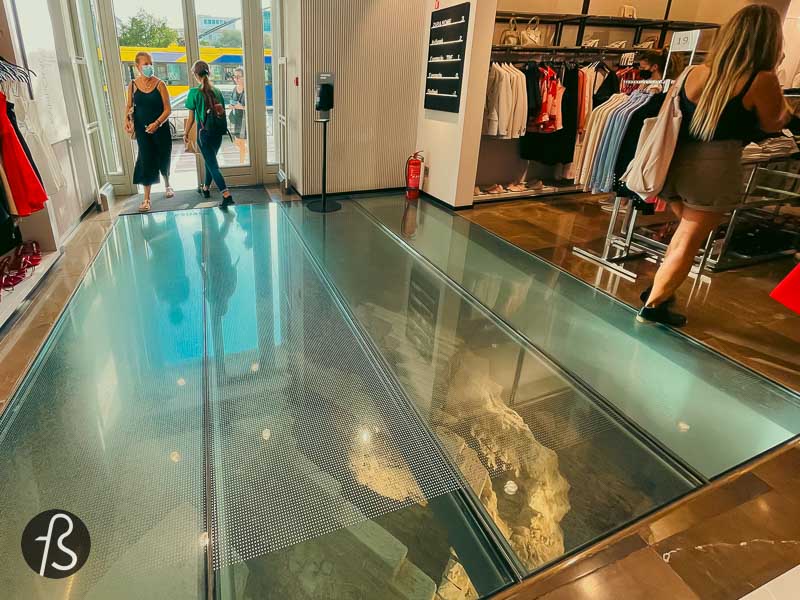 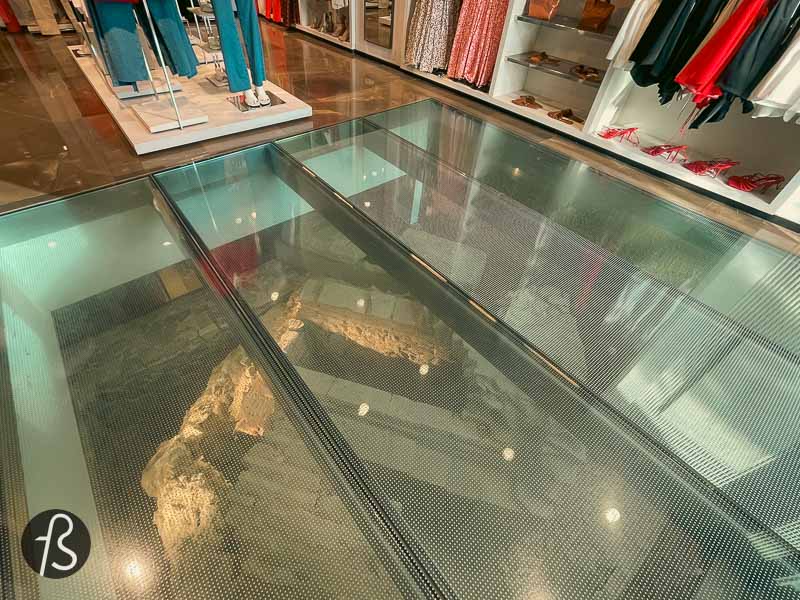 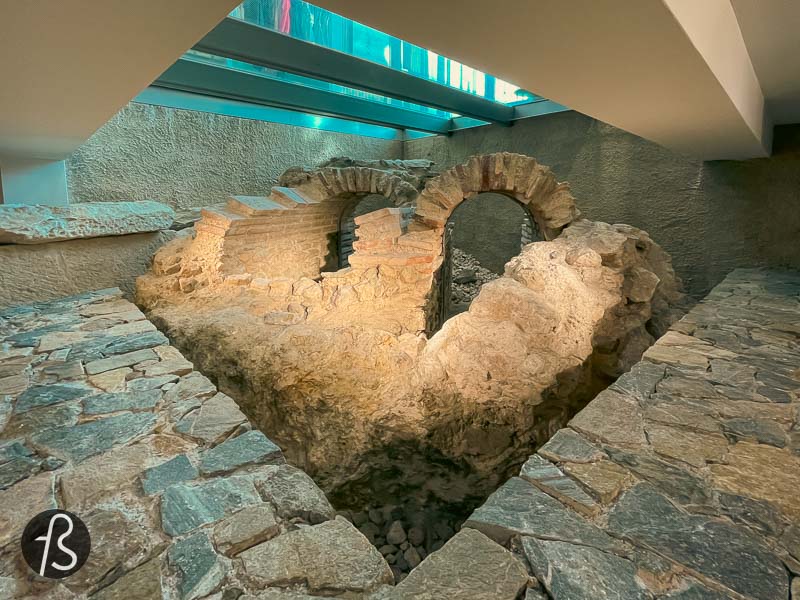 It seems like the building where this Zara store is used to be the residence of a wealthy Greek philanthropist. His mansion was one of the most impressive buildings in Athens back in 1880. When he died, the building was converted into a hotel according to his wishes since he wanted the entire city to be able to enjoy the place.

First, it was called Hôtel d’Egypte, but it failed to thrive as a hotel. Later it changed its name to Hôtel d’Athènes, and success didn’t come again. When Germany invaded Greece in 1941, the army took over the building. In 1944, when the Greek army took control of the city, the building reverted to civilian use until it became empty in the 1980s. 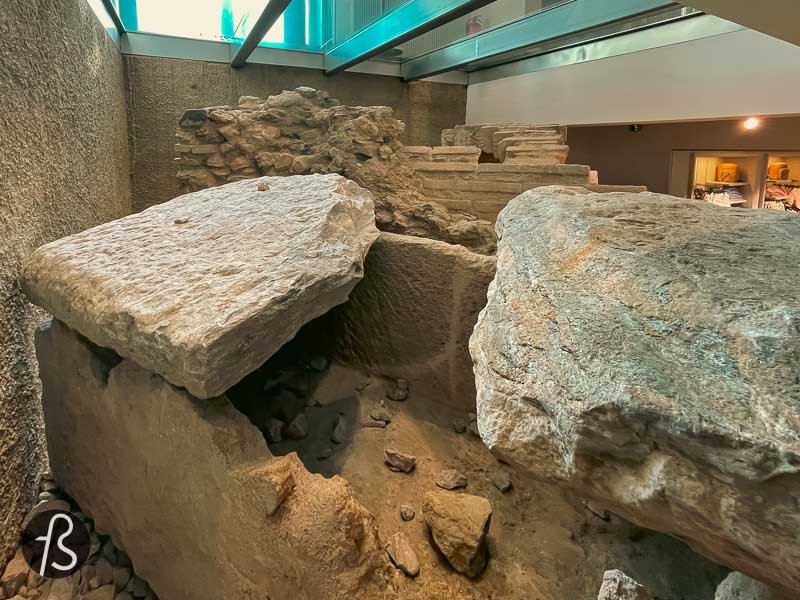 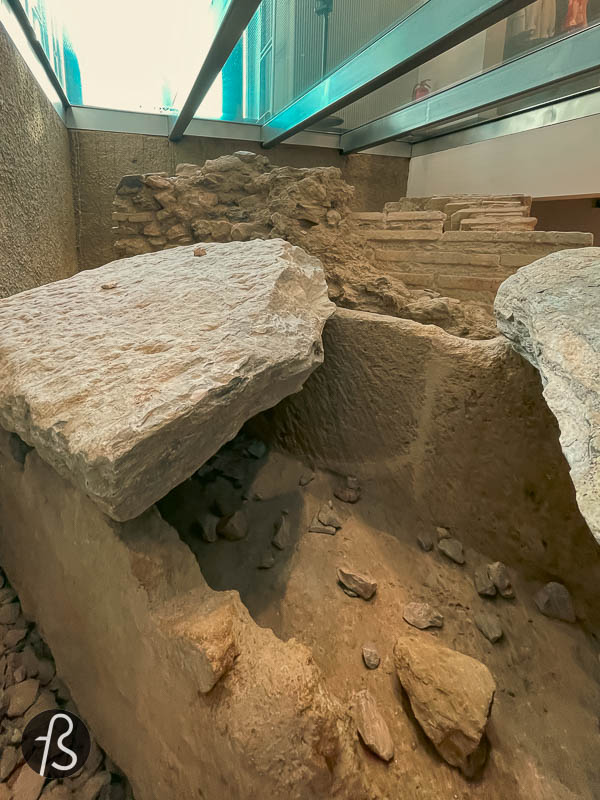 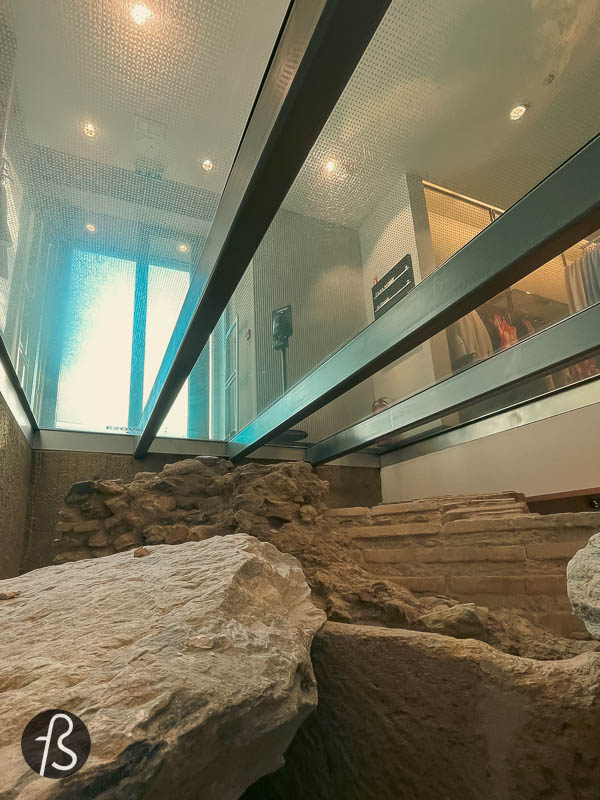 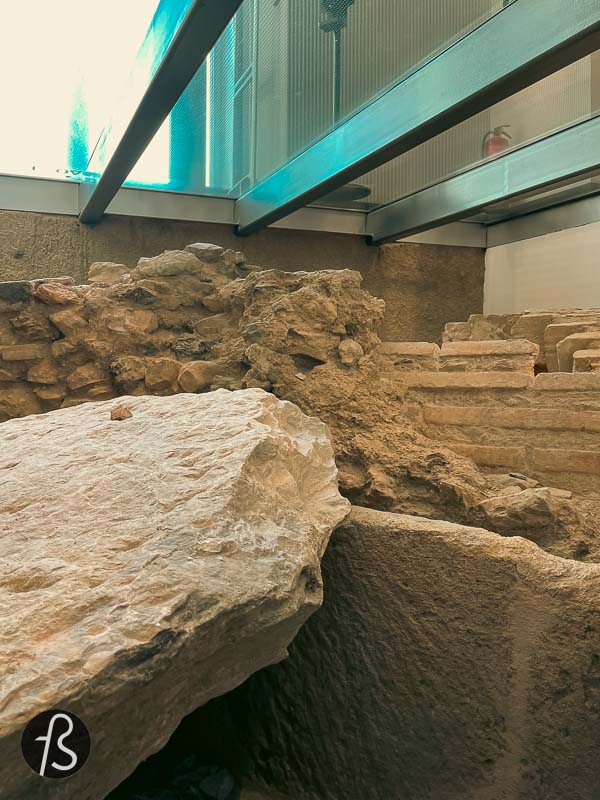 The building lay empty for years until the center of Athens went through some revitalization projects before the 2004 Olympic Games. One of the critical infrastructure projects was the modernization and extension of the subway lines. When people started digging in historical places, the construction work from the Athens Metro Systems unearthed archeological artifacts all around.

One of these findings was the Roman-era tomb that we can see today inside the Zara store. Due to the Greek rules to protect and preserve archaeological sites, the renovation plans for the subway expansion had to change, and new plans were put into place to present the tomb to the public. This is how a Zara store in Athens ended up with an ancient roman tomb on its ground floor. 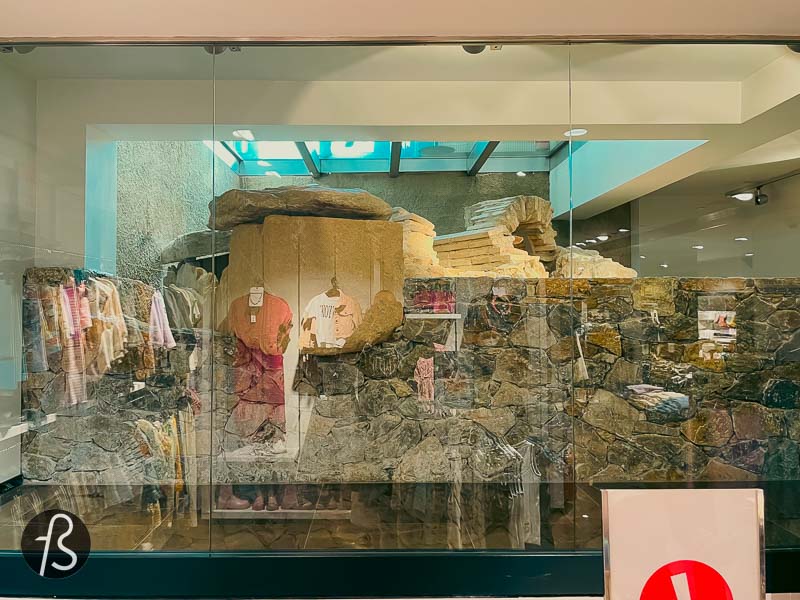 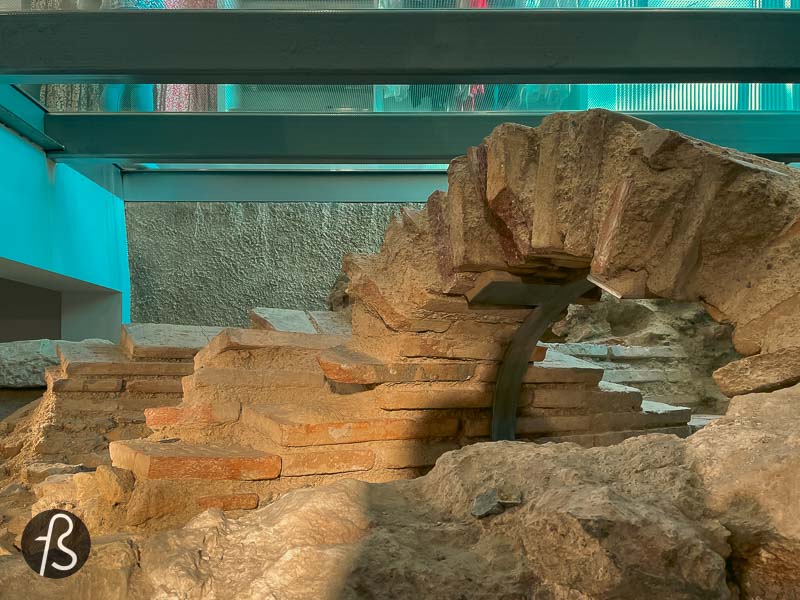 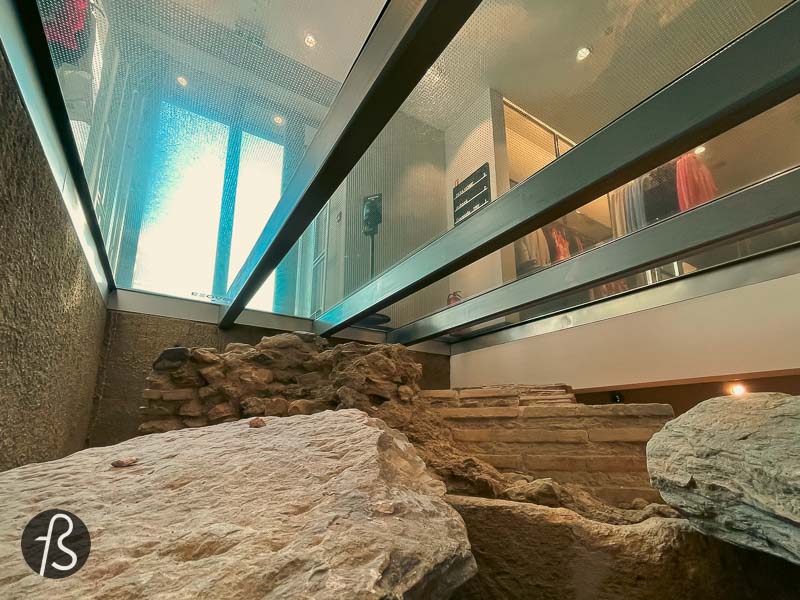 You can visit the Roman tomb whenever the Zara store on Stadiou Street is open to the public. Most of the time, the shop can be visited from 9 in the morning to the evening.

Go there, take your pictures but remember that this is a clothing store, so avoid photographing the customers there.

We visited a @ZARA with some ruins and that was surreal pic.twitter.com/zThwOpr4PK

Roman Tomb inside a Zara 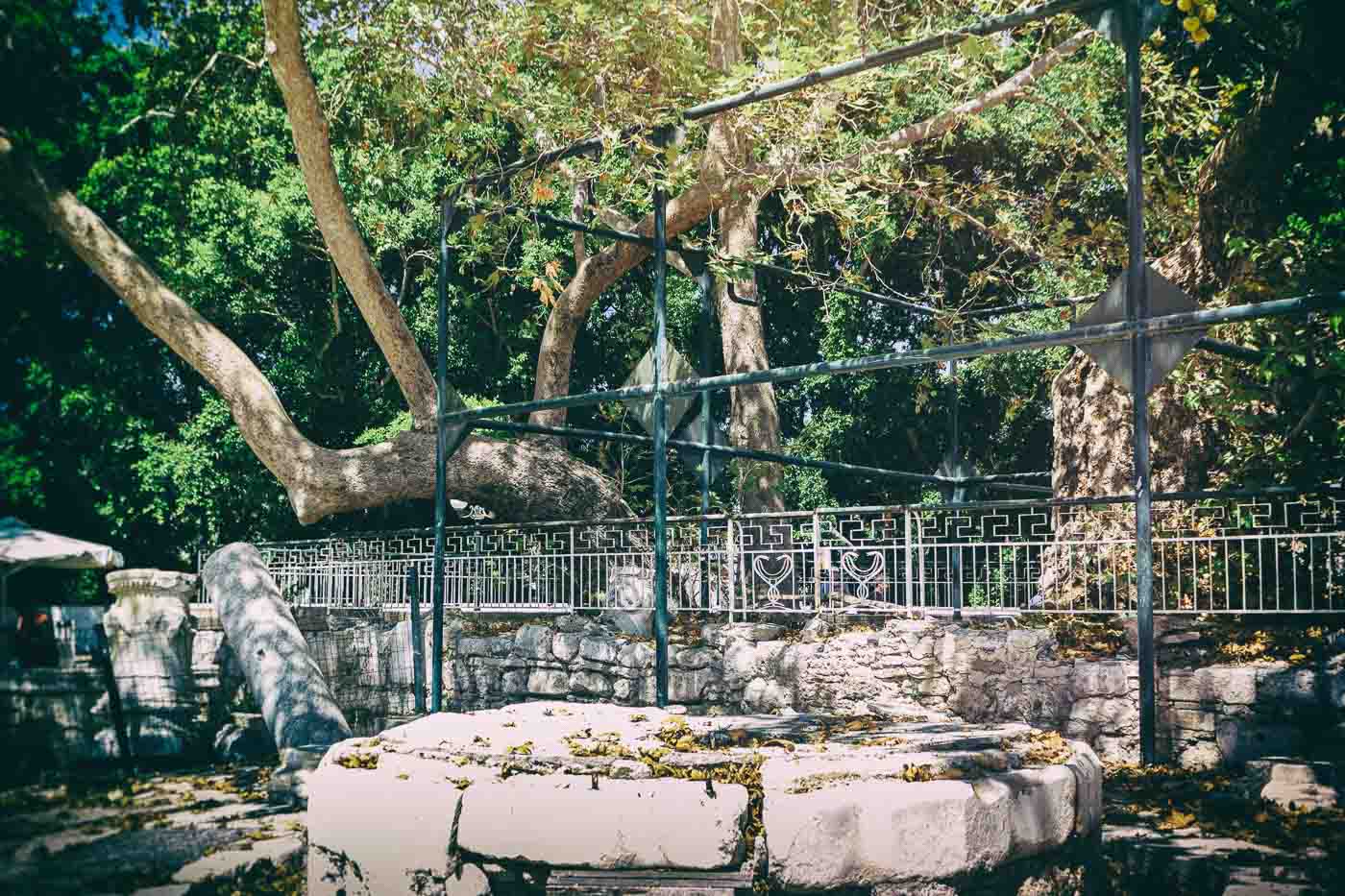 The Plane Tree of Hippocrates in Kos 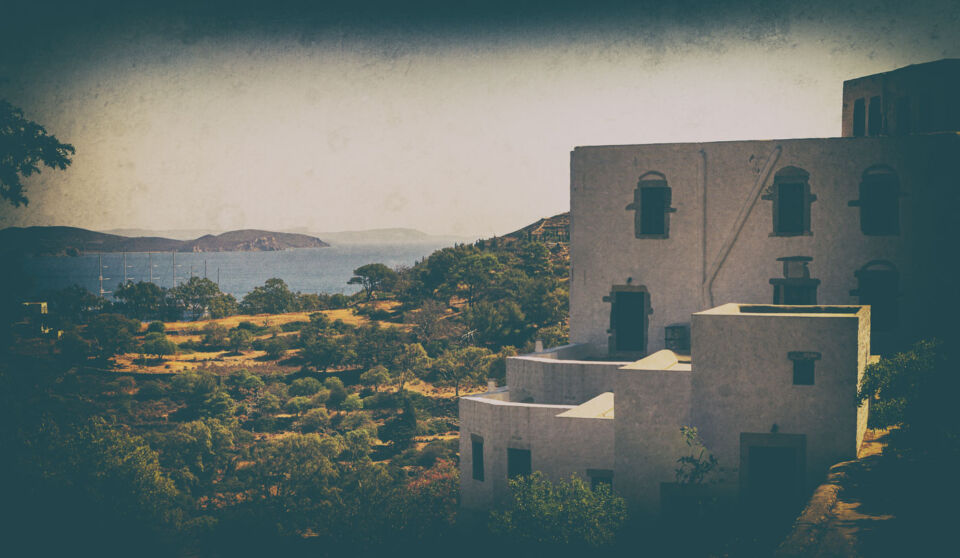 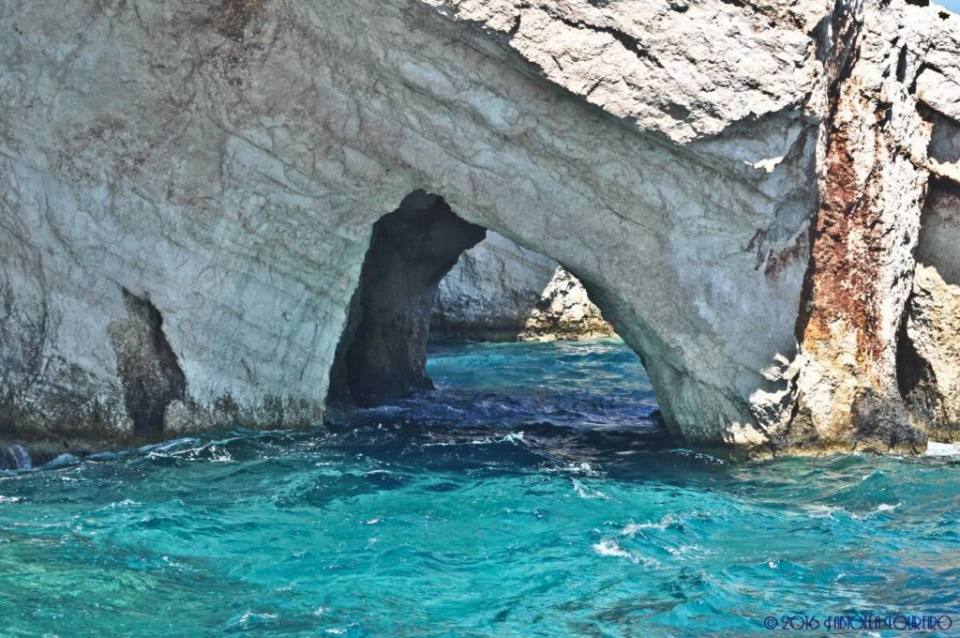 Blue is the Warmest Color – A Trip to Zakynthos 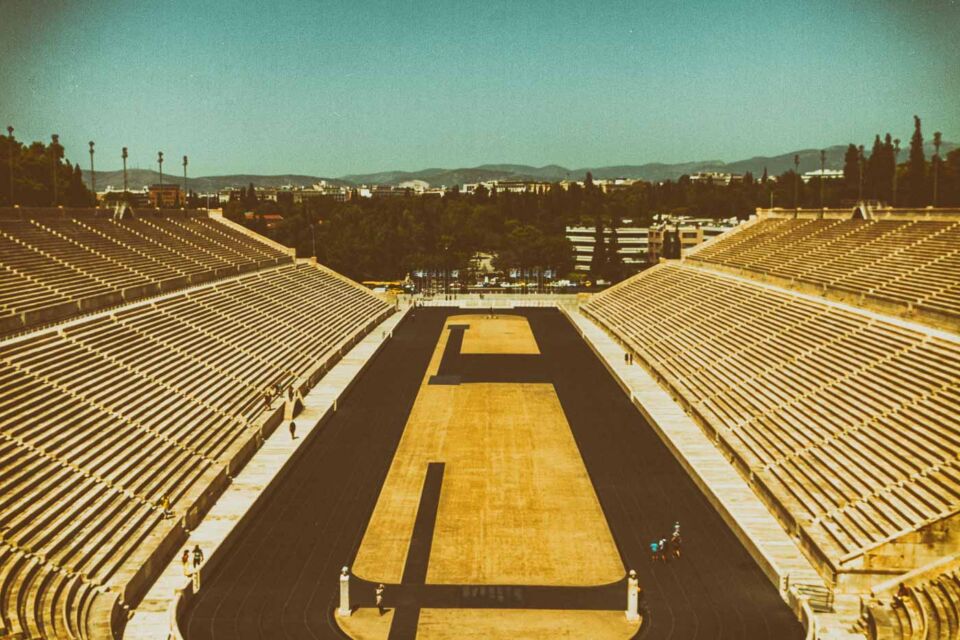 The Panathenaic Stadium in Athens: A visit to the Marble Stadium that hosted the first modern Olympics