A visit to bombing scars from 1999
;
It doesn’t look like much, but the building of the Yugoslav Ministry of Defence was considered to be a masterpiece of post-war architecture. Today, the building is better known as one of the most famous ruins of Yugoslavian history, and we went there to take a look at this vital piece of recent history.
The Yugoslav Ministry of Defence building was also known as the Yugoslav General Staff complex, was a building occupied by the Ministry of Defence of Yugoslavia, and it was responsible for internal and external military threats. Back in 1999, it was bombed and heavily damaged during the NATO bombing of Belgrade, as you can see in the pictures we took there.

I was a teenager when the bombings happened. Still, I remember watching the news with my family and learning what I could about what was happening in former Yugoslavian countries at that time. I remember reading about the Kosovo conflict and how Serbia and the North Atlantic Council were dealing with it. But I was a student in Brazil at the time, and everything seemed to be from a completely different world to me. This feeling changed when I stood on a sidewalk in Belgrade and looked at what happened in April 1999.

Before the Ruins of Yugoslavian Army Headquarters

Before it became the ruins that you can see on the pictures here, the Yugoslav Army Headquarters was considered to be an excellent example of post-war architecture in Belgrade. It was built between 1957 and 1965, and Nikola Dobrović is the Serbian architect responsible for it.

The building lays on both sides of Nemanjina Street, and it was designed with this in mind. This is why it was created as part of a canyon on the Sutjeska River. This river was the location of one of the most critical battles of the Second World War in Yugoslavia, and this is where the symbology comes from. Also, I liked to observe how the building had some cascading forms, built of different materials that have a sharp contrast with the modern-looking windows on the larger side of the building. I can only imagine how interesting this looked like before it became one of the most famous ruins of Yugoslavian history. 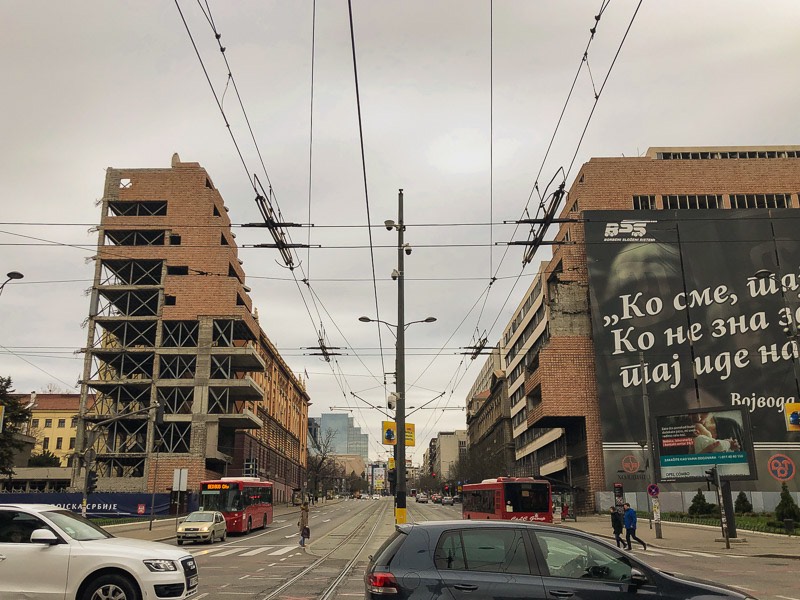 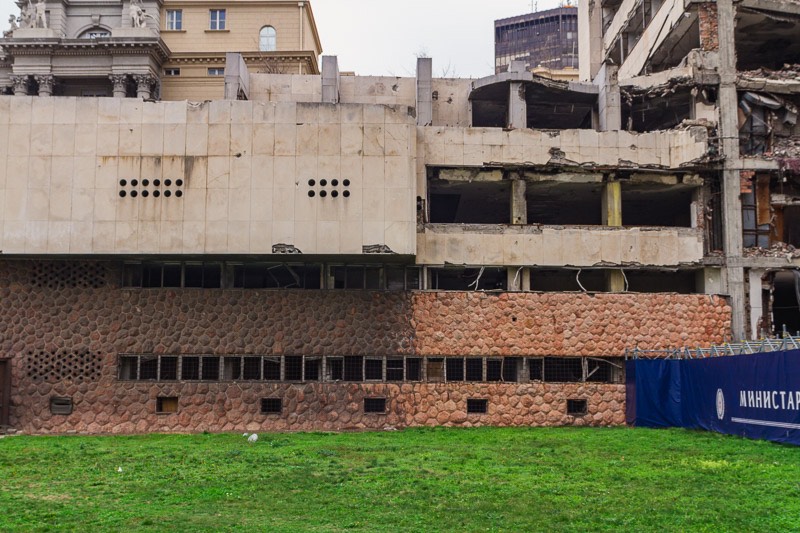 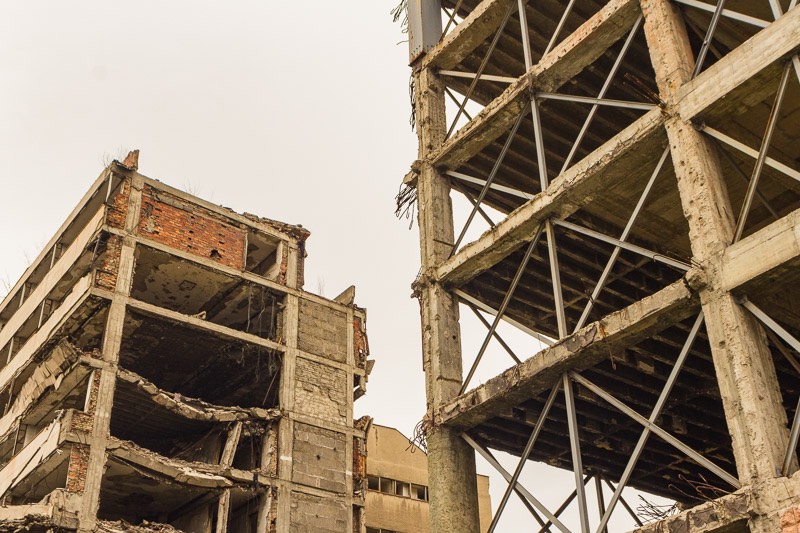 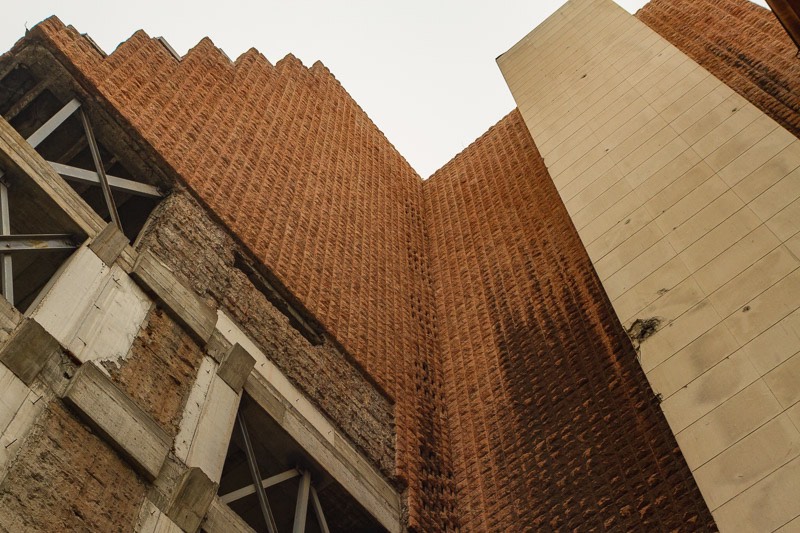 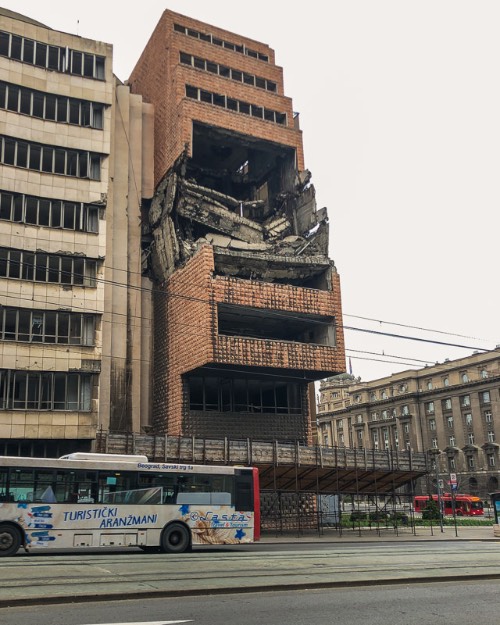 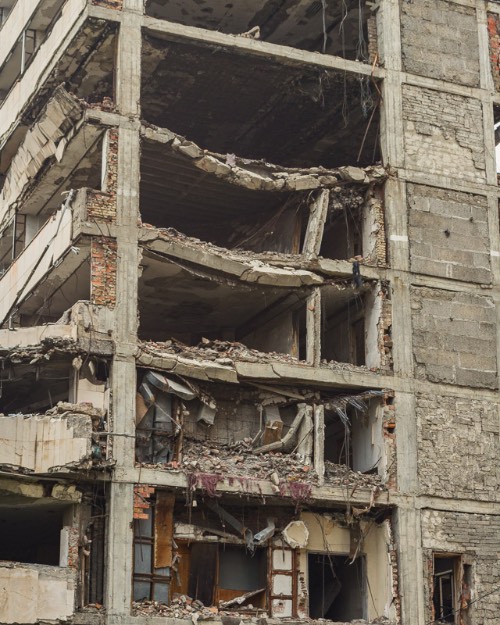 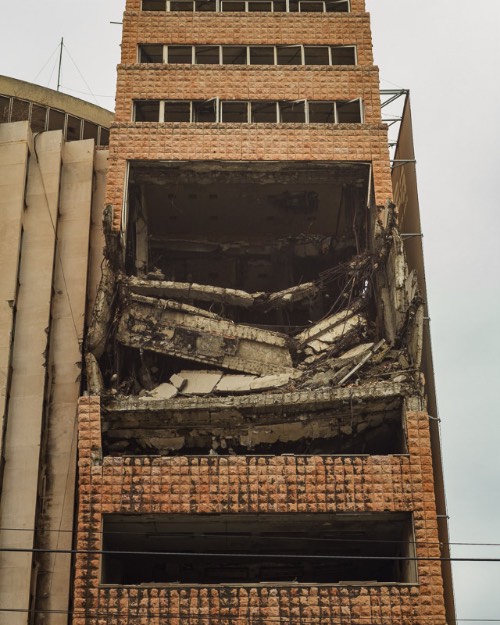 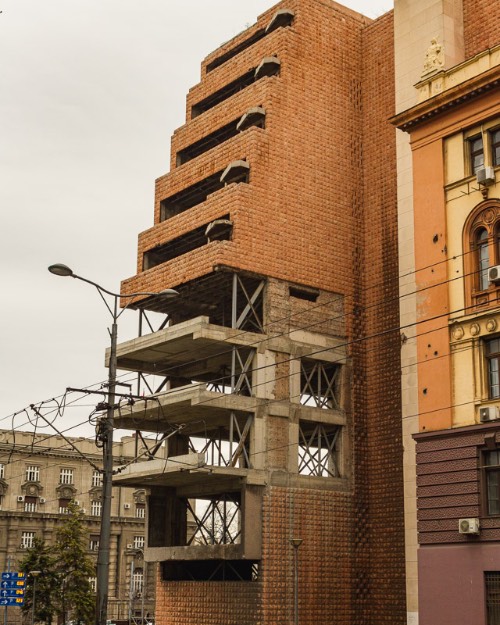 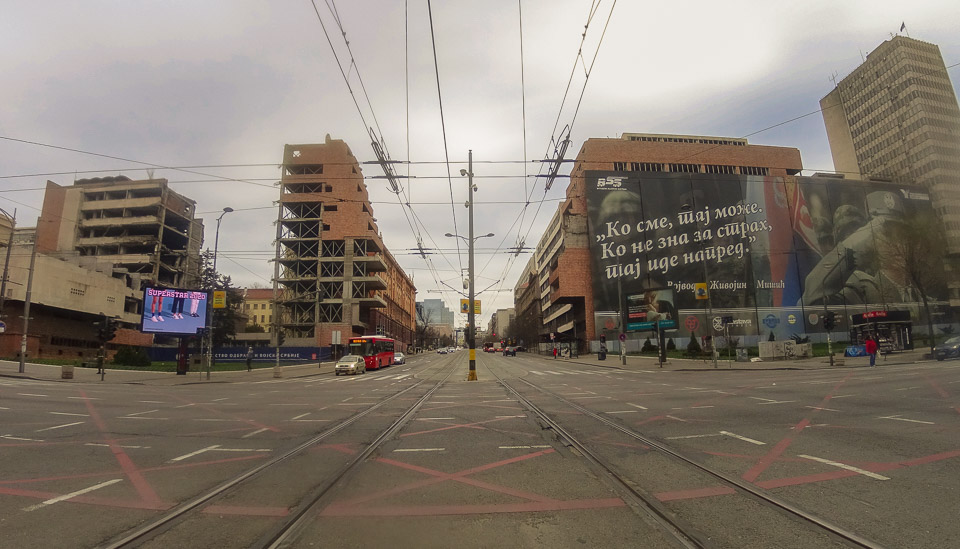 At the end of April 1999, the history of this building changed forever. The NATO bombing of former Yugoslavia was already in its 40 days, and the target was Belgrade this time. The Yugoslav Army Headquarters was bombed twice in less than 15 minutes, and, nine days later, in May, it was attacked again.

The building was empty at the time of the bombing, and most people believe that it was bombed for its symbolic importance and not for any military reasoning. The building represented the Serbian state that was murdering people in Kosovo, and NATO wanted to take a stand and show Serbia what it could do.

Today, the Yugoslav Army Headquarters lies in ruins, and it was only in 2005 that the area was protected as a monument of culture, a memorial to the 1999 NATO bombing. And what I was told it’s the suffering of Serbia. 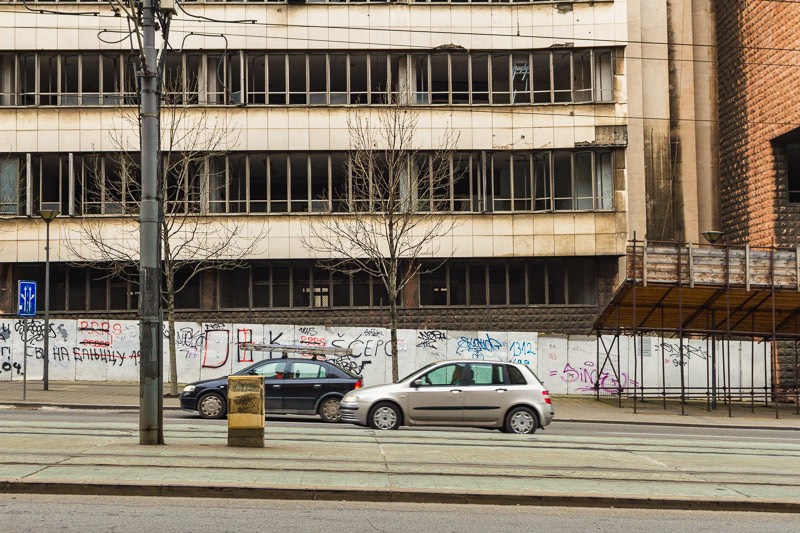 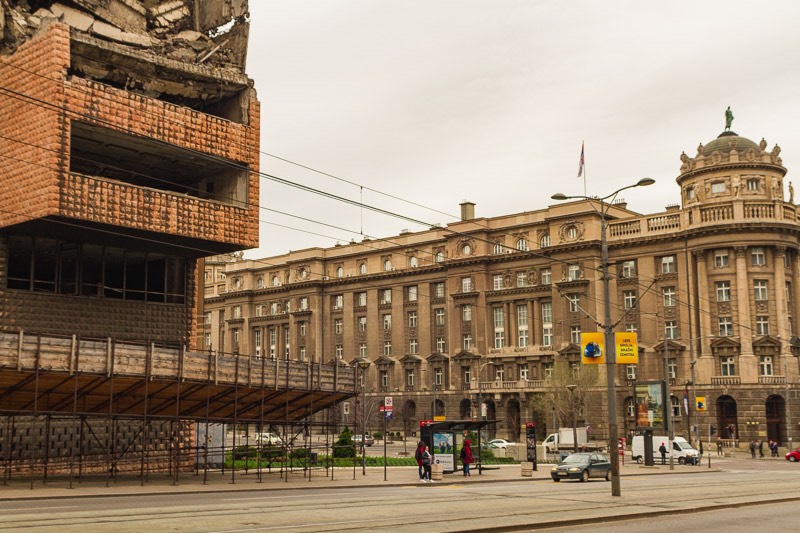 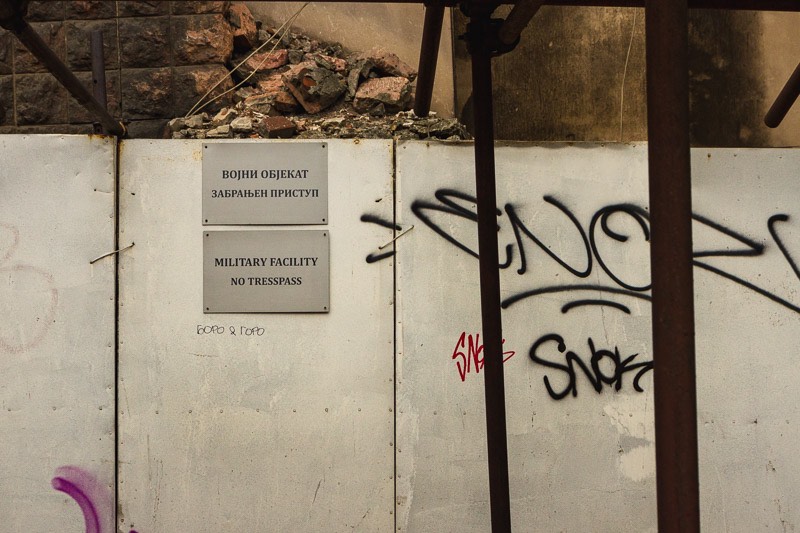 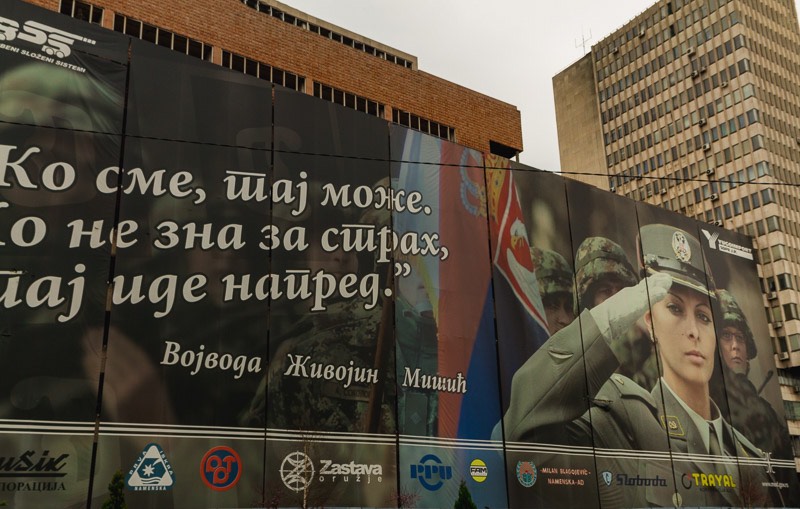 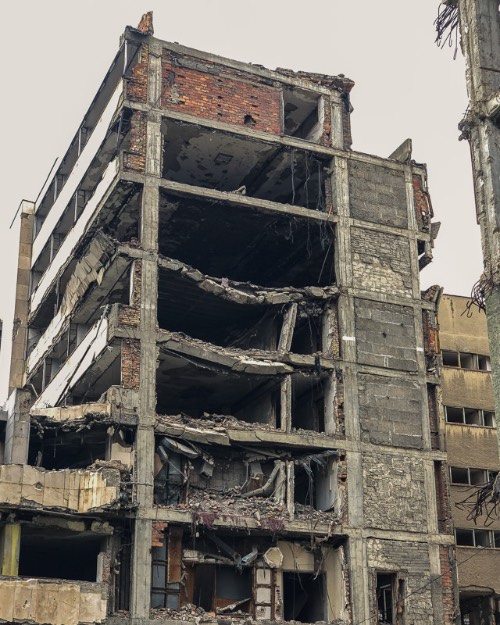 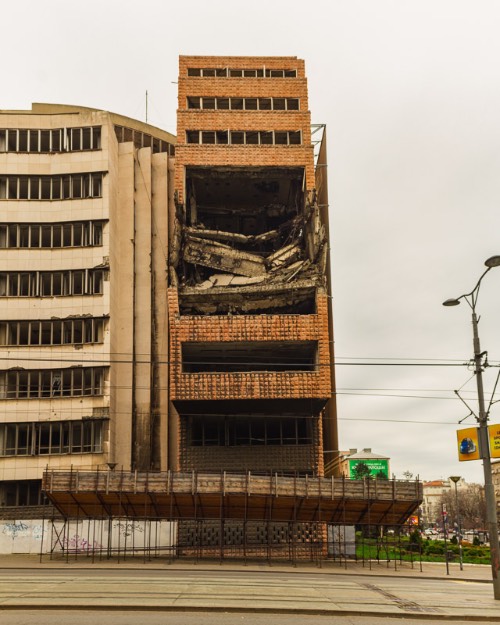 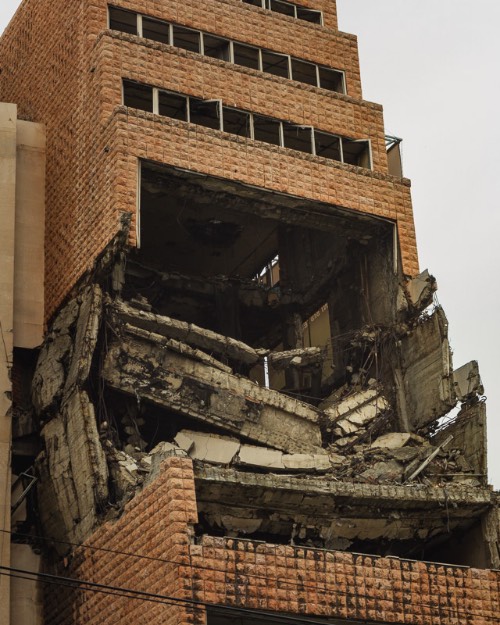 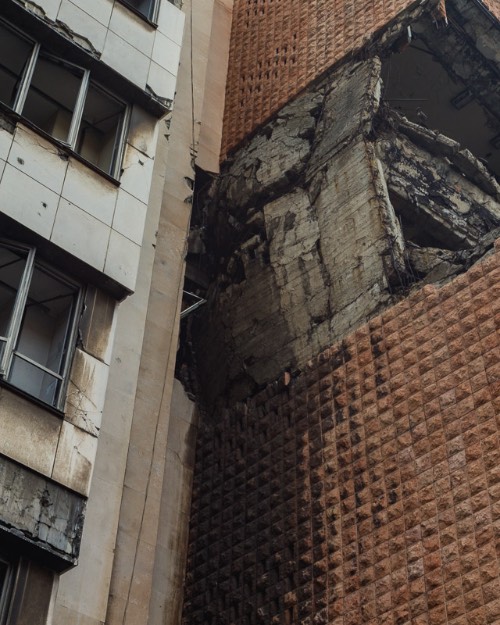 If you take a look at some of the pictures on Wikipedia, you can see that there are some differences between what we saw there and what used to exist as the most famous ruins of Yugoslavia in Belgrade. The middle section of one of the buildings was removed to prevent a total collapse of the structure. And some pillars were added to the construction to keep it in the same place.

Fotostrasse visited Belgrade for a couple of days back in March 2020. We stayed at the Belgrade Center Luxury Apartments, and you should do the same. Also, if urban exploration is your thing, don’t do it here. There are soldiers and cameras everywhere. 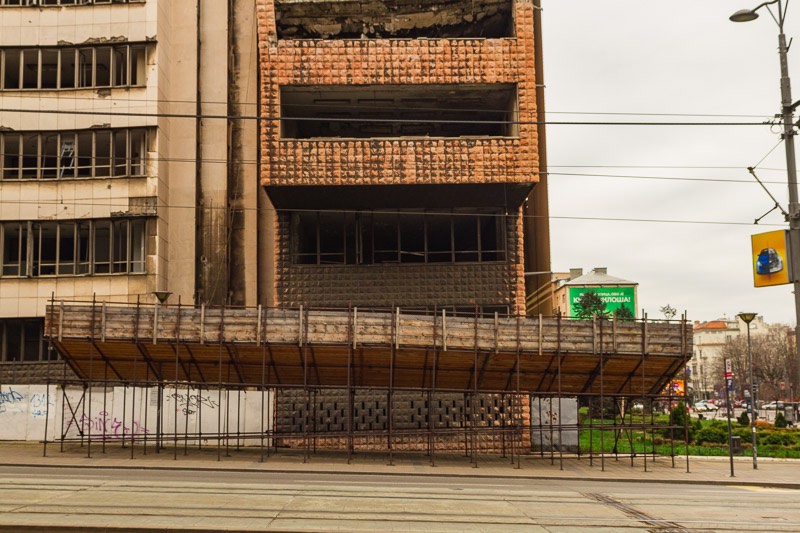 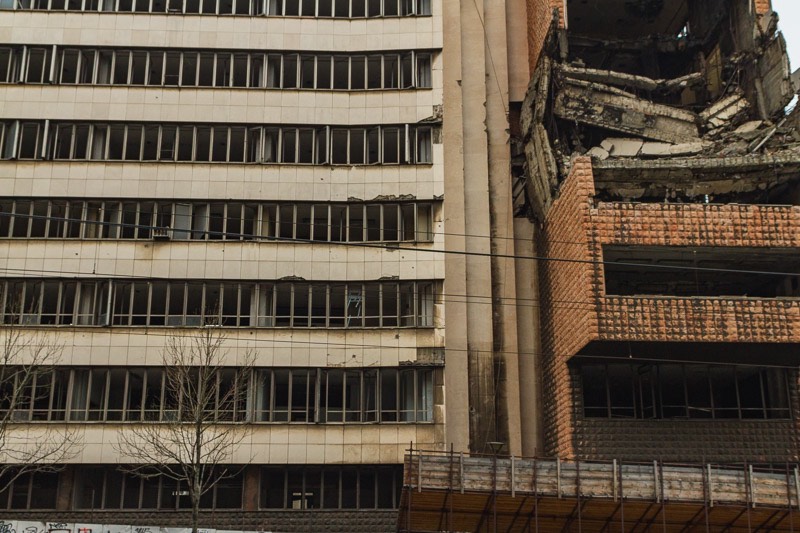 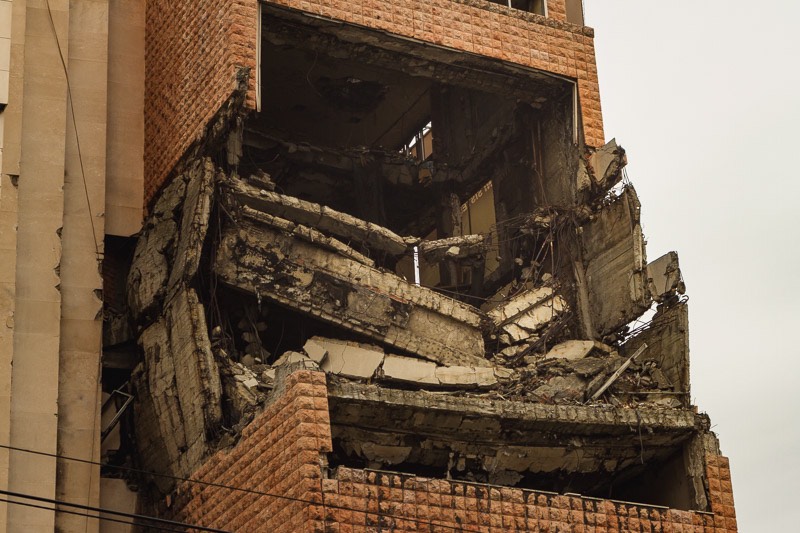 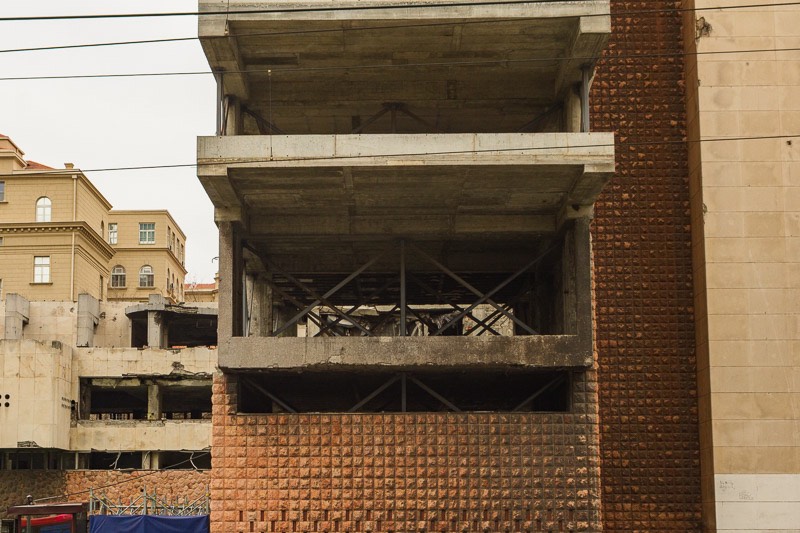 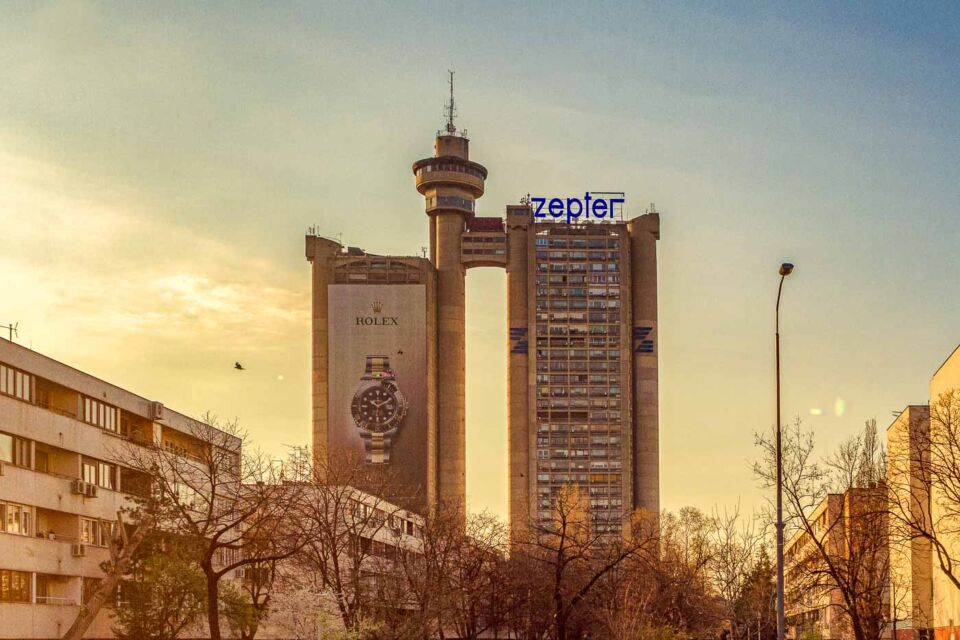