The Soviet War Memorial in Alt-Hohenschönhausen

Hidden along the streets of Alt-Hohenschönhausen there is a memorial that seems to be long forgotten by people. This Soviet War Memorial is a grim reminder of the pain and struggles that the Red Army went through when it liberated Berlin from Nazism.

But, today, you will find only children playing around since there is a large playground area in front of the Soviet War Memorial and a kindergarten behind it. There are benches, places to play table tennis, some exercise equipment, and big trees around the area. This seems more like a small park tucked away between buildings than anything else.

I visited the Soviet Memorial in Alt-Hohenschönhausen back in the winter of 2018, when I went looking for the abandoned Freibad Wernersee. Since I was in this part of the city that I don’t often go, I decided to be productive and look out for more exciting things.

I don’t remember who mentioned this place to me or where did I read about it, but it seems like most people forgot it even existed. And, while I was doing my research, I also found people that consider this memorial to be pure nostalgia and want it to be demolished. Which, personally, feels like a way to diminish the efforts of the Soviet Union during the Second World War.

This small Soviet War Memorial is here to remember the soldier that died during the capture of Hohenschönhausen by the Red Army. This battle happened on April 22nd, 1945, and it was one of the important fights that occurred while troops were arriving in Berlin from the east. Soviet units had entered Berlin the day before, and they were faced with desperate German resistance.

I couldn’t find out how many people died in the liberation of Hohenschönhausen. My research pointed to numerous Soviet soldiers but not a precise number. Either way, this is a way of commemorating those who died fighting Nazi Germany in the eastern part of Berlin, on the last day of the Second World War.

I visited this memorial in the middle of winter, and it made everything look even more gloomy. There were dead trees behind the main white wall of the monument and patches of ice and snow mixed with dead leaves on the ground. In the middle of the memorial wall, you can see two soldiers looking victorious with a woman by their side. On each side, a Soviet Soldier is looking at a Nazi soldier surrendering on its knees. On each side, you can see a large red plaque with yellow letters that say “Eternal glory the heroes of the Soviet army” in Russian and German. And, in front of it, there is a massive red star on the ground.

If you want to visit the Soviet Memorial in Alt-Hohenschönhausen, you might want to take the tram M5 and stop around the Simon-Bolivar-Strasse. From there, you have a few blocks to walk, but it’s okay. But remember that this memorial is not like the one in Treptower Park or the one in Schönholzer Heide. Since you are in the area, try to visit the Berlin-Hohenschönhausen Memorial as well since it’s one of the most important places that document how East Germany dealt with political prisoners.

The Soviet War Memorial in Alt-Hohenschönhausen 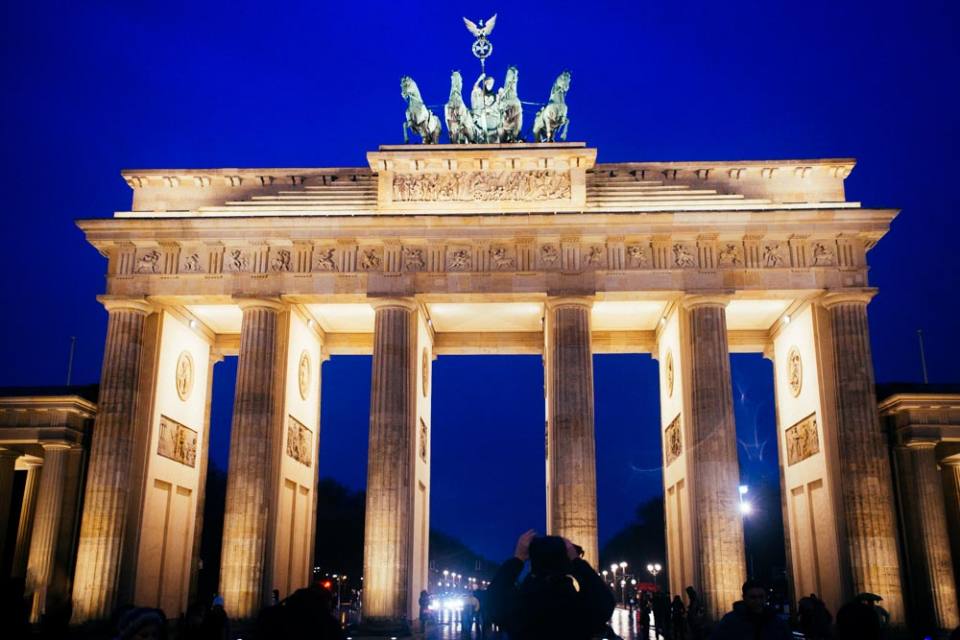 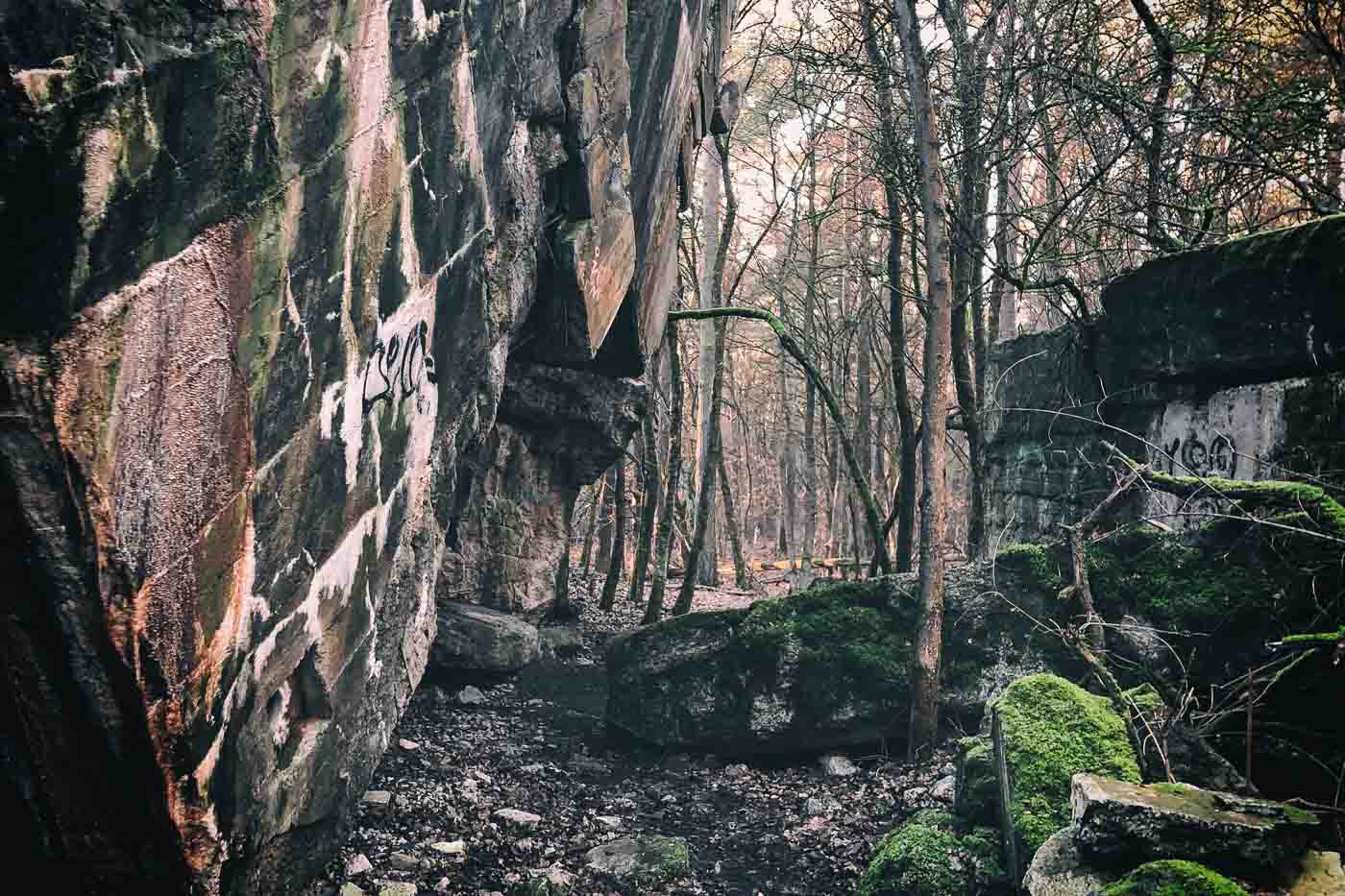 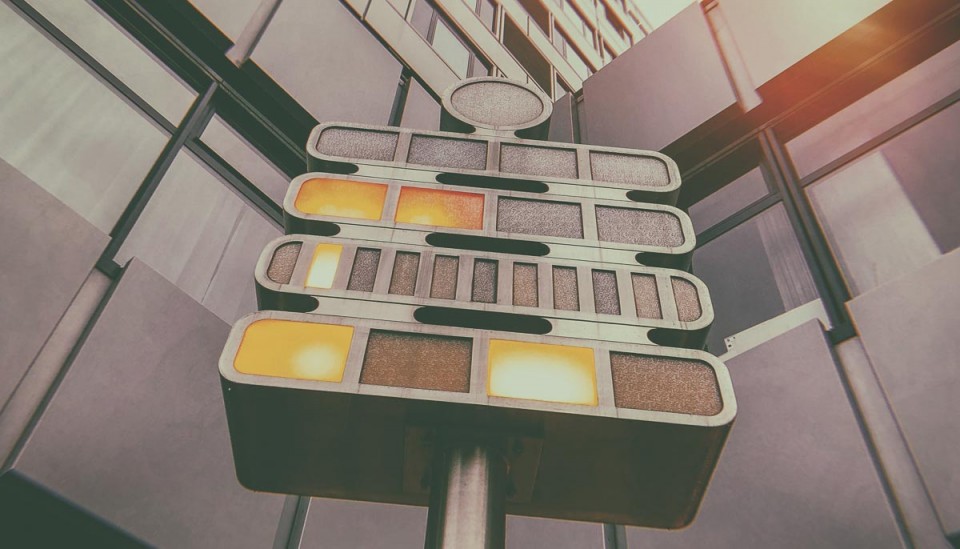 Mengenlehreuhr on Budapester Strasse: Can you tell the time?