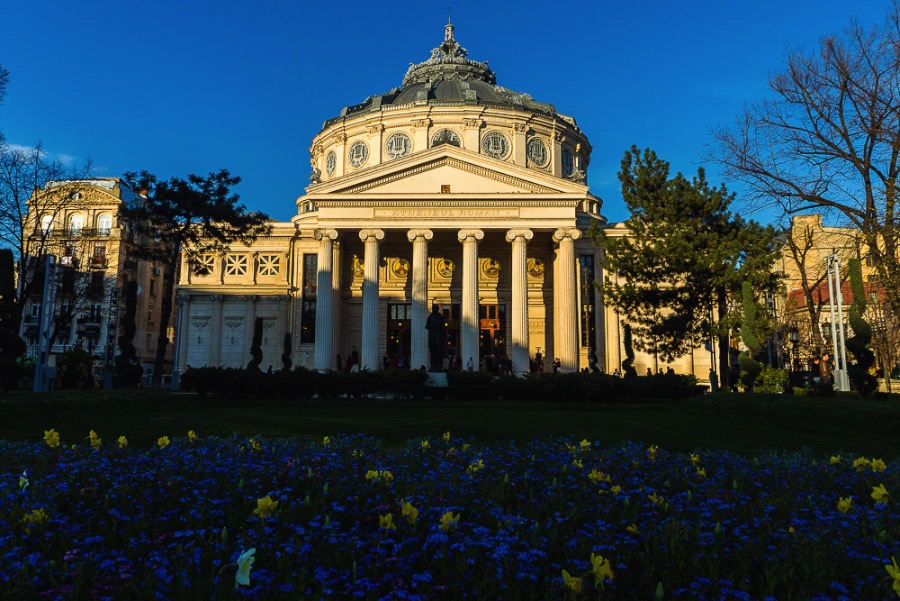 Romania is one of those countries that makes me wonder why it isn’t on everybody’s top list. Romania has great people; it is one of the cheapest destinations in Europe. It is full of history. The artistic side is enormous, is the home of Dracula, and has the Latino vibe I miss so much in 3 years of Germany.

In other words, visit Romania. Romania is a pretty cheap place to visit in Europe and you can see and do so much all over. And visit Bucharest because it is so worth it; it would be best if you spent a few days of your life contemplating how life can be amazing inside Bucharest.

As promised, I will try to show you more parks and historical sites this time, ok?

For sure, the Grădina Cişmigiu is of the prettiest gardens of Bucharest. Also known as Parcul Cișmigiu, this 17 hectares area is the most extensive garden in the city’s central location.

This place can only be described as a haven of flowers, lakes, lawns and trees. Usually mistakenly referred to as a park, Cișmigiu is a large garden, first designed and laid out in 1847 by the German landscape architect Carl Meyer.

It is worth mentioning that Wallachia (or Walachia) is basically how Romania used to be called. It is the historical and geographical region of Romania. But it was not completed until 1860, back when Bucharest was the capital of Wallachia on the same place where Lacul lui Dura neguțătorul (the “Lake of Dura the merchant”) was.

The wonderful and peaceful escape from Bucharest’s fast-paced city has more than 30,000 trees, flowers and plants that were brought in from the Romanian mountains and countless exotic plants that were fetched from the several botanical gardens in Vienna.

Allow yourself a few hours to breathe the fresh air and feel the calm and relaxing vibe of Cișmigiu.

Palace of Parliament in Bucharest

It is for sure a mandatory item on every list of things to do in Bucharest. In Romanian Palatul Parlamentului, the Palace of Parliament is the largest building in Europe.

Speaking about records, it holds only, ok? This will be a long list: 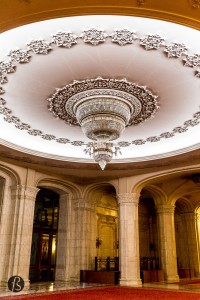 inside Palace of Parliament 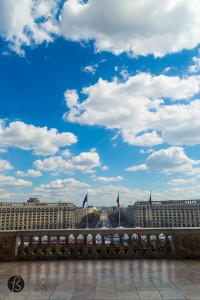 View from the Palace of Parliament

View from the Palace of Parliament

inside Palace of Parliament

It is not just that, when I was there walking around and taking tons of photos of its 1100 rooms and 3,7 million square meters, I heard that not long ago there was research to see what it was the ugliest and the most building in Bucharest. Can you guess which one the Palace of Parliament won?

You’re wrong! It was considered the most beautiful and ugly! 2 more records for its list! Want to know why?

It was voted the most beautiful because it is god-damn-chin-dropping-breath-taking imposing and beautiful, no doubt about that. But it was also voted the ugliest because of its history.

This magnificent construction was built by the communists back in the ’80s. If you know a tiny bit of Romania’s history with its dictator, you would understand why it was voted the ugliest building in Bucharest.

If you like history, I suggest that you watch The Autobiography of Nicolae Ceausescu

If you have ever been to Paris, you will understand perfectly when I describe this avenue as the Champs–Élysées of Bucharest. It could be the Champs Elysee, or it could be the giant North Korean avenues as well. 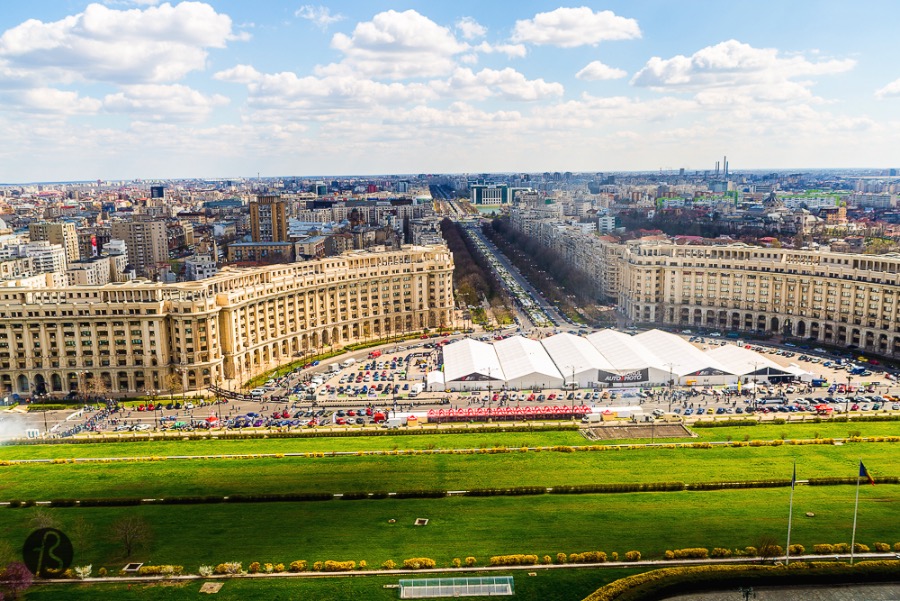 Boulevard Unirii from the Palace

This large boulevard built by Ceausescu, the “communist” dictator,  had complete neighbourhood blocks, synagogues and churches. Everything was destroyed to fulfil this crazy and cruel man’s dreams. More than 70 000 people lost their homes to build it, and many historic buildings were damaged, but he got what he wanted: Bucharest gained the title of “Paris in Balkan”.

Today the Boulevard Unirii or Unification Boulevard is a must-go point in any trip to Bucharest. It connects the Palace of Parliament to the Alba Iulia Square, passing by the beautiful Piața Unirii.

The Romanian Athenaeum, or Ateneul Român in Romanian, is a splendid and insanely alluring concert hall in the centre of Bucharest. It features the majestic Athanaeum on one side. It is a significant landmark of the Romanian capital city, and you can verify this information by checking out the 5 Lei bill. 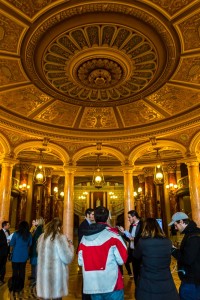 Opened in 1888, the ornate, circular and domed architecture is the city’s main concert hall and home of the “George Enescu” Philharmonic and the George Enescu annual international music festival.

It was forbidden to take pictures inside, but they only told me that way after I clicked several images, and since nobody told me to delete my photos, here are they.

The Revolution Square was one of the places in Bucharest where I felt the young generation vibe stronger. The place was full of skateboarders doing some Skate documentaries, plenty of teens hanging around the beautiful and robust art pieces around the whole site and speaking of art. The explicit message behind every single work of art is something else. The entire square is infused with both a cultural and a historical charge. 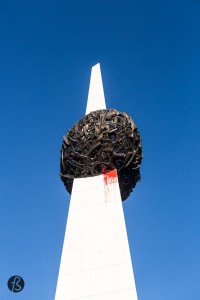 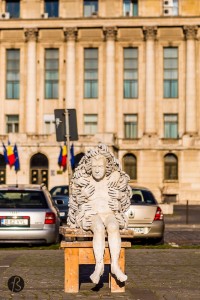 Revolution Square, or Piaţa Revoluţiei, is called the way it is because it is where the 1989 revolution started. Without a doubt, this fact makes it the most essential and representative square of Bucharest as you can imagine. It is a significant landmark marking one of the greatest moments for the city’s history and the entire country, for that matter.

Remember to take a photo of Nicolae Ceauşescu’s balcony once you’re there! And the entire section of it since it’s there where his attempt of fleeing the city by helicopter happened. 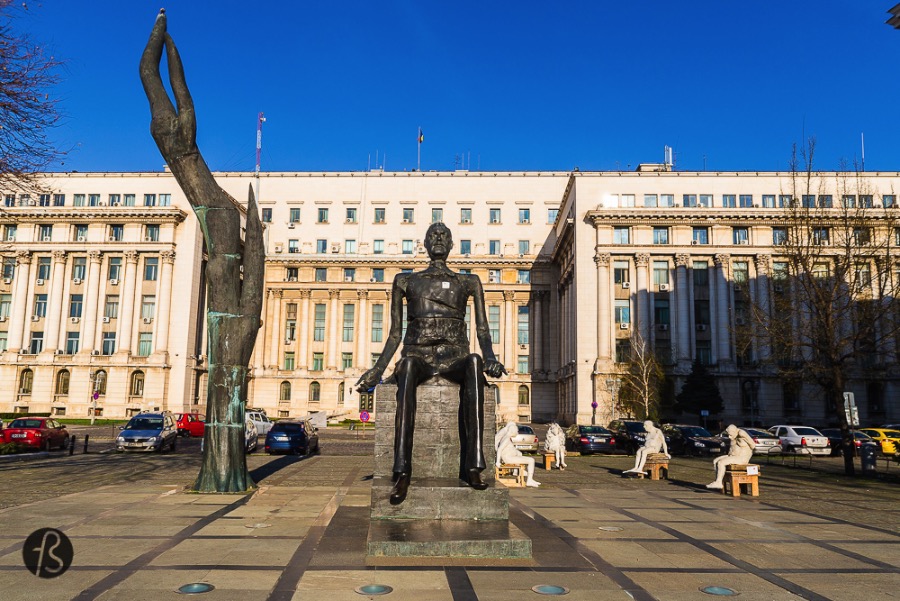 Revolution Square – The terrace in the background![/caption] 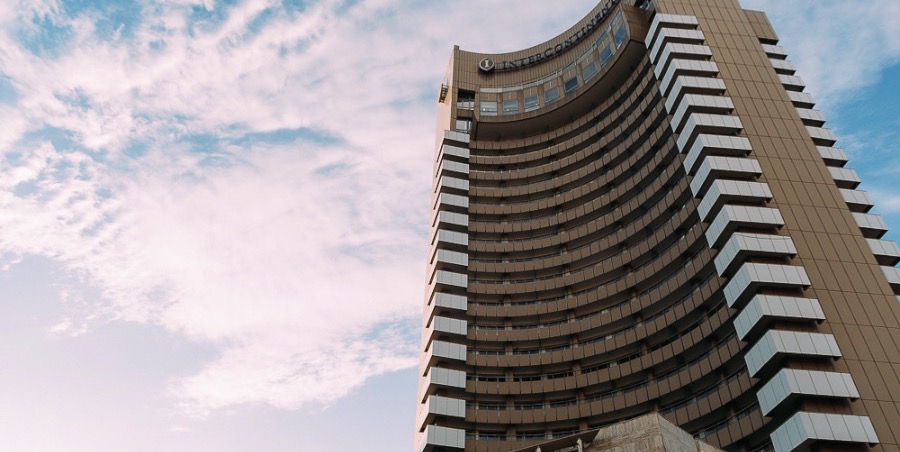