A visit to Leninplatz Berlin

Going back in time at the Platz der Vereinten Nationen
;

Like most places in Berlin, Platz der Vereinten Nationen used to be something different a while ago. Before 1950, this square was known as Landsberger Platz, but during communist times, it was renamed as Leninplatz.

I go through this part of what was once East Berlin daily on my bike commute to work. I never thought about this square until I decided to see Good Bye, Lenin! a few weeks ago. One of my favorite scenes in the movie is that one when a huge statue of Lenin is lifted by a helicopter, and it flies over the city. That scene made me wonder if something like that ever happened and, it was this researched that lead me to the past of Platz der Vereinten Nationen. There was also this picture that I found on twitter.

First as Landsberger Platz then as Leninplatz

Before it was a square, the area known today as Platz der Vereinten Nationen was Landsberger Tor, one of the many gates that surrounded Berlin in the past. When the gate was dismantled in 1864, the square got the name: Landsberger Platz.

It was a nice part of the city until Hitler came to power and a Second World War came to Berlin.

The problem with Landsberger Platz is that it is close to Volkspark Friedrichshain and it was there that one of three flakturms was positioned to protect Berlin from Allied bombing. Since the tower was shooting back and the airplanes trying to bomb Berlin, the area around it became a target as well.

As you can imagine, this wasn’t good for the people and the houses that used to be there. The destruction was so severe that the cleared debris created two Schuttbergs at Volkspark Friedrichshain. One of them is known as the Big Bunkerberg, and the other is the small Bunkerberg, and they are where Friedrichshainer Flaktürme used to be. It was only in 1950 that the area was cleared of all debris, and this is when the government of East Berlin decided to rename the place.

This is how Leninplatz came to be, but the area was still in development, and it took quite a long time for it to become what you can see in the pictures below.

In the 1960s the area around what was known as Leninplatz worked as a breaking pointing between Friedrichshain and Alexanderplatz. It was there that, gradually, the buildings started to look bigger and bigger, resulting in what was the center of East Berlin at Alexanderplatz. But it wasn’t always like that.

In January 1967, the government of East Berlin decided to hold a competition for the redesign of the square. The winning design came from Hermann Henselmann, who also designed the first versions of the TV Tower on Alexanderplatz, and, in November 1968, the foundation stone was laid by Walter Ulbricht and Herbert Fechner, two of the most important politicians from East Germany.

The redesign and reconstruction of the area had the goal of creating a socialist town center and a place capable of showing individual expressions. The design worked as a transition point between the historical buildings at Landsberger Allee and the Friedrichshain Hospital to the modern city center that was Alexanderplatz.

Nowadays the residential complex that stands where Leninplatz used to be is a protected monument, and it should continue like this.

The Buildings around Leninplatz

The buildings around what used to be known as Leninplatz are unique. When you walk around the area, you realize that they are a beautiful example of what East Germany thought it was good architecture. For some, it might be ugly. For me, it looks great.

From all the buildings there, my favorite one is the U-Block, sometimes called the Boomerang. The apartments there have details in red and yellow and have this different shape that follows the streets around the lot. I believe every apartment there has a balcony, and the top floors have what I think is a glass studio on the roof. One day I will visit one of those.

Another interesting building is the high rise tower at Platz der Vereinten Nationen number 1. On the northeast corner of the square, the building is split into three blocks: one with 25 floors, another with 21, and the last one with 17. Designed by Heinz Mehlan, this used to be one of the tallest apartment buildings in East Berlin.

While I was researching the buildings at Platz der Vereinten Nationen, I found out that the market hall in the square is kind of famous.

Nowadays, the buildings host an Edeka and a post office but, in the seventies, this is where some scenes from The Legend of Paul and Paula were filmed. This DEFA movie is one of the most famous movies in East Germany and you need to see it!

If you want to read more about the architecture there, go to Uncube Magazine. They wrote a really cool article with pictures from inside some of the buildings.

The Lenin Statue at Leninplatz

In April 1970, a few days before Lenin’s 100th birthday, his statue was inaugurated by the chairman of State council, Walter Ulbricht. More than 200,000 people were there to see the ceremony and I can only imagine how this event went by.

The Lenin monument was designed by Nikolai Tomsky, who was at the time the President of the Academy of Arts of the Soviet Union. With almost 20 meters of height, this statue of Lenin stood on a circular base with 26 meters in diameter. Made with red granite, the statue was designed to contrast with the hills on the Volkspark Friedrichshain, close by.

The Lenin statue stood there until 1991 when the district of Friedrichshain voted for the demolition of the monument. They were following orders from the conservative first mayor of reunited Berlin, Eberhard Diepgen. The statue was listed on the monument list from East Germany but this didn’t stop the demolition. Not even the protest from the residents stopped the demolition and, in November 1991, the statue was gone. The entire monument was gone by February 1992.

You may be wondering what did they do with all the pieces and stones from the statue. It seems that they were buried in a sandpit in Müggelheim. In September 2015, the head of Lenin was recovered from the sandpit and it is being shown at Spandau Citadel museum for an exhibition called Unveiled: Berlin and its Monuments.

Fotostrasse visited the decapitated head of Lenin at Zitadelle Spandau back in early 2017 and you can read about it here.

Today, Leninplatz is called Platz der Vereinten Nationen. There isn’t a monument to Lenin anymore and where it used to be, you can find a fountain designed by Adalbert Maria Klee. The fountain was inaugurated in 1994 and represents the five continents. I have to say that, compared to what used to be there, it looks pretty boring.

Even without Lenin, this square look striking. The buildings around it are what gives this square some character that doesn’t exist anywhere else in Berlin. I just wished the Lenin statue was still there to give it even more character. Too bad it will never happen. 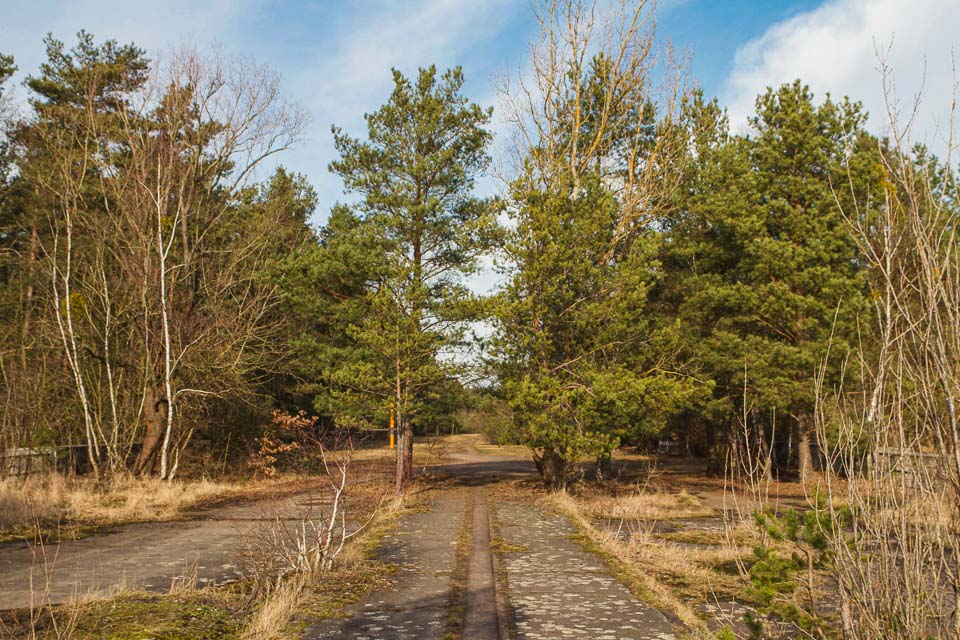 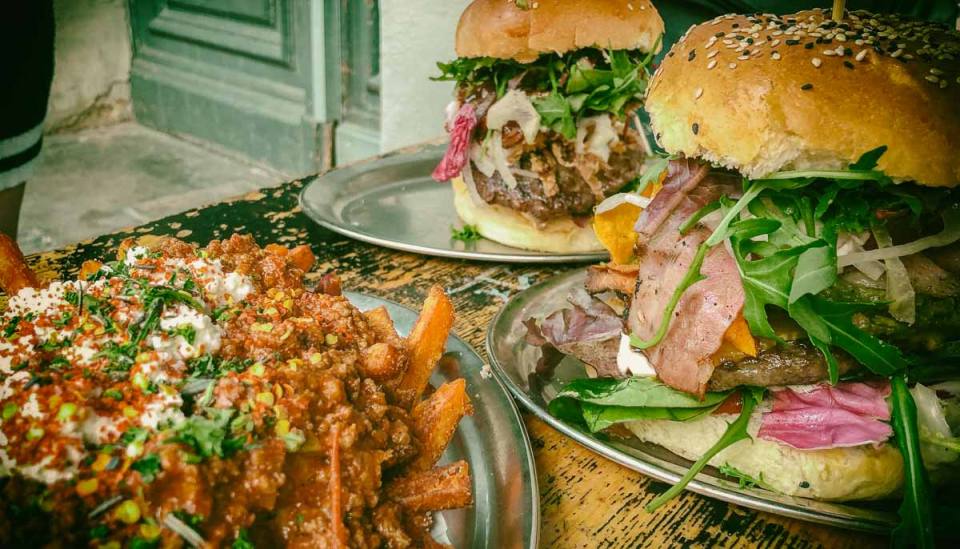 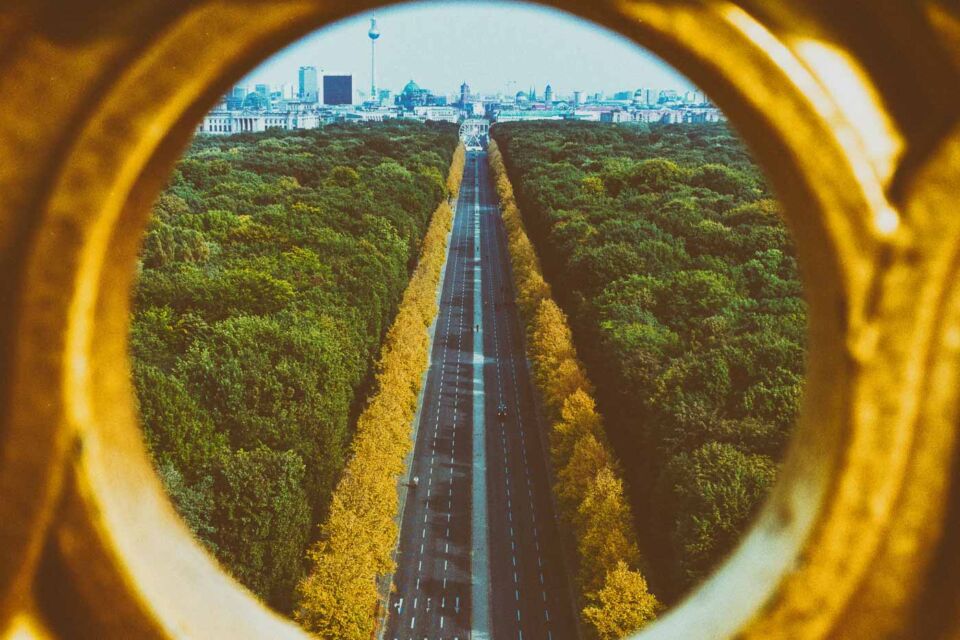 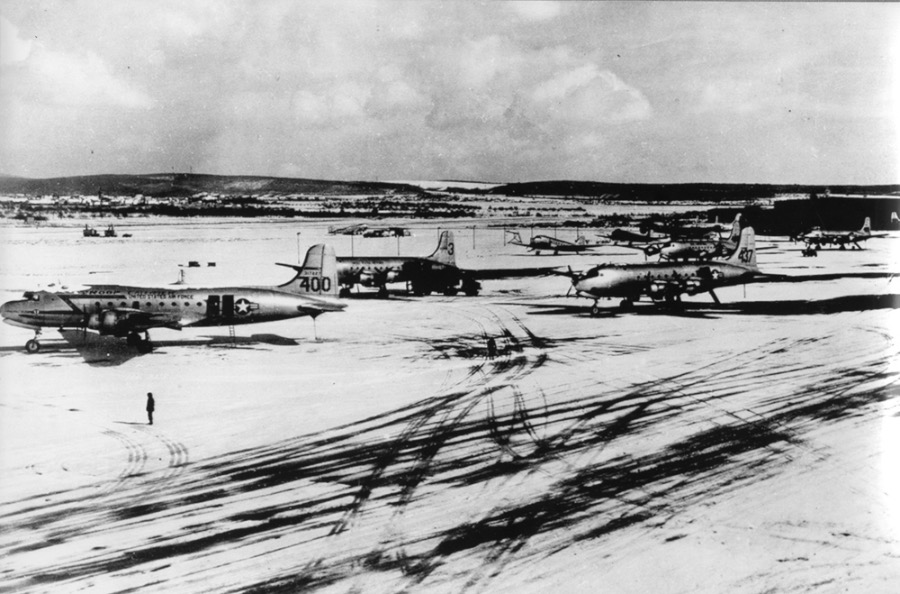